The Week in Tax: the Government giveth and it taketh on loss relief, reviewing Working for Families, and getting ready for the end of the tax year

The Week in Tax: the Government giveth and it taketh on loss relief, reviewing Working for Families, and getting ready for the end of the tax year 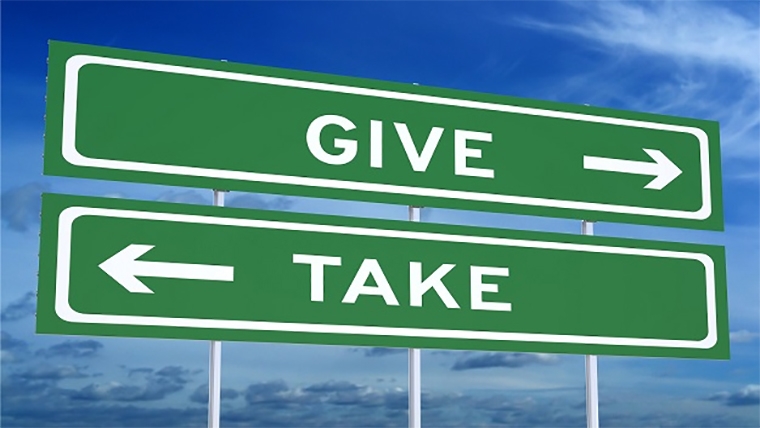 Last week, I discussed the Government's new proposed business continuity test for losses. Subsequently, a reader from Inland Revenue kindly got in touch to confirm that the new test would indeed be retrospectively applicable from the start of the current tax year, 1st April for most taxpayers.

He also pointed out that the new regime will allow losses from the 2013-2014 year to be carried forward. So that means the losses that were occurred in those years, they can be continued to be used if there's a change of shareholding, resulting in a breach of continuity and you wish to use the business continuity test to preserve those losses. So, thank you very much for that, Bary.

But in the spirit of the Lord giveth and the Lord taketh, we've also heard that the Government has decided not to proceed with a permanent iteration of the temporary loss carry back scheme introduced last year as part of its initial response to Covid-19. That's disappointing news as it would have been a useful addition to the loss regime.

These regimes exist in other jurisdictions. And ironically, the British Budget, which I also discussed last week, included a measure relating to its carryback regime, temporarily extending the loss carryback period from one to three years.

Now, the official reason for the decision to not proceed with the permanent iteration of the scheme is the potential fiscal cost. That's perhaps understandable, but it would be good to see the decision revisited sometime in the future, because I think this is an important measure to have as part of the loss regime.

Now, something which is not generally well known and appreciated is the real problem with the interaction between tax and the social welfare system and the impact of abatement thresholds. Basically, and understandably, as a person's income increases, then the need for social assistance is reduced. And what we have is an abatement threshold above which benefits are abated.

These formulas vary quite significantly and can be actually quite savage. The decision that the Cabinet made related to the Minimum Family Tax Credit. Now, the abatement here is once you cross the threshold, you lose a dollar of credit for every dollar above the threshold. This means that the effective marginal tax rate for people who cross the threshold is effectively greater than 100%. (The dollar of income is taxed AND a dollar of benefit is lost).

And this is an area that's always problematic because Governments must choose the threshold at which it kicks and what abatement rate applies.  The Working for Families abatement rate is currently 25% for family income above $42,700.  And one of the other problems that this paper indicated is that the amount beneficiaries can earn before their benefit reduces has declined substantially over time because benefit abatement thresholds have not been increased in line with wage growth.

And so a poverty benefit trap has emerged because the financial incentives to enter the labour market and work part time are substantially reduced. To give you an idea how bad that has become, a person currently receiving the Jobseeker Support for being unemployed could work about 11.8 hours on minimum wage in 1997 before their benefit was abated. By 2019, that had reduced to around 4.5 hours on the minimum wage.

These problems exist across all of the social welfare network and one of the Welfare Expert Advisory Group’s recommendations was it needed serious overhaul.  There's always been talk about perhaps integrating a tax and welfare systems with a universal basic income seen as a solution to this particular issue. So anyway, there's going to be a lot of work going on in that space and it will be very interesting to see what comes out of it.

Ideas to prepare for March 31

And finally, this week, the tax year end is fast approaching. So here's a few ideas which may require action before 31st of March.

A big one, obviously, for businesses is to write off any bad debts before 31st of March. Take a good look at your debtor ledger and be realistic. And if those debts are written off before the 31st of March, you can claim a deduction for those bad debts.

Similarly, look to see what stock is obsolete, write it down to market value. Fixed assets which are no longer in use should be scrapped or otherwise disposed of to ensure you can have any available deductions. At the same time, you might want to accelerate certain types of expenditure, such as repairs and maintenance.

And one thing important to take note of is that the temporary increase in the low value assets to $5,000 ends tomorrow (Tuesday, 16th March). From Wednesday, 17th March, it will be $1,000. So now is the time to take a quick look at your fixed assets and think, do I need a new laptop, new computers, any any matters like that? And if so, try and take advantage of this $5,000 concession now.

There's a lot of matters to think through at year-end, and I'll come back to a few of these next week as well. One important one, which is tied into the increase to the 39% tax rate, which will take effect from 1st of April, is to look at imputation credit account balances. Make sure that all imputation credits are correctly recorded and perhaps consider paying a year-end dividend before March 31st particularly if you are likely to be affected by that 39% threshold change.

If you're considering entering or leaving the look-through company regime, you need to have made the election before the start of the new tax year. So again, review your position there and make sure the relevant election is filed by March 31st.

By the way, I wouldn't say Inland Revenue is a huge fan of the look through company regime, but it seems to want to direct individuals into that regime. There’s been one or two things I've seen going on, which has made me wonder that there may be a change of policy towards the use of look-through companies coming.

And finally, the last GST return for the tax year is also called the adjustment period for GST, such as change of use adjustments. And that's when you need to calculate the impact of the change of use for GST purposes and account for this to Inland Revenue. So, for example, this would affect people that may have changed their Airbnb properties, to long term residential accommodation because there's no tourists now.

They may have claimed an input tax credit and now they have to do a change of use adjustment and that obviously can cause some cashflow issues. So this is the period you need to think carefully about whether you want to do that and then look to make sure the calculation is filed in time. This is an area where I'm seeing quite a bit more work coming through as it is not well known and trips up a lot of people.

Well that’s it for today, I’m Terry Baucher and you can find this podcast on my website www.baucher.tax or wherever you get your podcasts. Thank you for listening and please send me your feedback and tell your friends and clients. Until next week Ka kite āno and go Team New Zealand!

Awesome, back to laughably-low low-asset values that result in accounts with fixed asset registers as long as your arm that pale in comparison to other countries - and reverting back in the middle of March, and not the financial year-end which is just two weeks later.

I can't believe this is actually happening. This has sounded off from the moment it was announced and I'm genuinely surprised this threshold drop hasn't been pushed out to the end of the month to align with the standard tax year.

I was anticipating that at some point last year, after COVID was largely under control, that the increase to $5k would be made permanent. Guess not.

Any chance to get it more from this?
https://www.stuff.co.nz/business/124546659/inland-revenue-targets-cheat…

Or how about this one, one of many cravings 'for more'
https://www.stuff.co.nz/national/health/124542289/diabetes-to-become-ep…

Solutions? As always, put the mandate to RBNZ to do more QEs for Social & Healthcare services.. ha ha