Cameron Preston reflects on how Cantabs are getting used to living in the aftermath of the quakes, but aren't giving up their battles with their insurers

Cameron Preston reflects on how Cantabs are getting used to living in the aftermath of the quakes, but aren't giving up their battles with their insurers
15th Jul 15, 9:34am by Guest 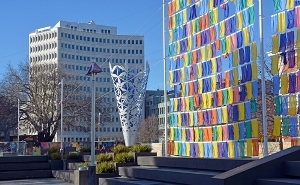 Years ago I lived and worked in Cape Town, South Africa.

One day my wife and I took a tour of one of the black townships that sit on the city’s outskirts.

The poverty was unspeakable.

I asked our guide a simple question.

The regime that had made these people live in these camps had long since disappeared, so why do these people still live here?

It is their life, the guide explained.

They did not know or remember of a time when it was any different.

They have built relationships, bonds with the people around them, and they have no money to go elsewhere – this is their life.

While the residents of Christchurch have not experienced any such equivalent oppression (with perhaps the notable exception of the 200 remaining “red zoners”) I see similar acceptance being played out in Canterbury.

More than a year ago I questioned whether the insurance industry had hit a wall in the settlement of insurance claims.

The latest data from the “bellwether” insurer Southern Response show that 40% of over EQC cap claims are still to be settled – after nearly five years.

Whether it be Tower Insurance’s trading halt, IAG’s 11th hour capital injection from Warren Buffet, or Southern Response’s recent request for yet another $500mln from the taxpayer, it appears the financial reporting season in August will show insurers are really feeling the pain of the patient but determined Canterbury homeowners.

Despite a massive push from Australian giant IAG to force their claimants into “out of policy” cash settlements, Cantabrians have become battle hardened, but more importantly, their environment has been altered for so long, memories of their previous lives are beginning to fade.

Insurance experts are being thrown at homeowners in the vain attempt to convince them that unless they accept lowball cash settlements, their lives simply won’t move on.

However after nearly five years, insurers are starting to realise that homeowners have grown accustom to this intimidation, bullying and threats of delay.

What’s another two, three or even five years of waiting if you have already suffered five?

Claimants have made lives for themselves in their damage homes, they have had to.

They have moved on from the wreckage of the earthquakes.

But they won’t accept anything less than their full insurance entitlements under their policies.

Their insurer has now stolen too much of their lives.

is it safe to assume that most (if not all) unresolved claims are where there is no insurance broker involved? and the client is dealing direct with the insurer?

We have a broker and our claims 3 claims unresolved (NZI)

Obfuscation is the game they are playing. Providing half baked reports that they constantly need to redo when you identify, they mismeasured the size of the house by 30%, they got the stud height wrong, they forget about putting ornate 300mm skirtings back in, they didn't allow to replace the ornate plaster ceilings, they forgot about the T&G floors, they didn't get a deep soil analysis, they forgot to allow for rebuild of the chimneys... The list goes on.

Then they get their Crony quantity surveying firms (they know who they are ... I won't mention their name but everyone involved knows who), who without viewing the property manage to come up with a price that is lower than all previous prices...

What we need is class action - action, to sue the bastards for delay and stress caused, along with all the consequential financial losses.

The reality is that the insurers are going to pay dearly in the end if everyone holds out for their full entitlements and those that did settle early under duress begin to take legal actions against the insurers.