Oliver Hartwich shows how Europe is proving that 'demographics is destiny' and the signs point to a more peaceful, less creative, less dynamic, and more risk averse place that has lost its mojo

Oliver Hartwich shows how Europe is proving that 'demographics is destiny' and the signs point to a more peaceful, less creative, less dynamic, and more risk averse place that has lost its mojo 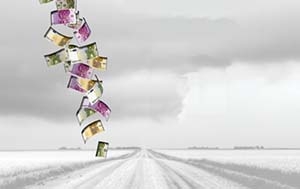 This is the sixth chapter of Oliver Hartwich essay "Why Europe Failed", an analysis of an ageing Europe, burdened by the size of its welfare state. He draws cautionary lessons for New Zealand's policy makers. You can read the full version here.

Europe’s political and economic problems will soon be exacerbated by its ageing society.

In a number of European countries, birth rates have been very low for several decades.

That means if women have, on average, 2.1 children over their lifetime, then every generation would be replaced by a new generation of the same size.

Combine this drop in fertility with improvements in life expectancy and the result is a rapidly ageing society. The current median age of 45 years in Germany and Italy will reach 50 years by the middle of the century. At the same time, working age populations will collapse. Over the next four decades, Germany will lose about a third of its working age population. These trends are present in varying degrees in most European countries.

An older population not only means more pensioners but also rapidly increasing health costs. Given the already precarious state of public finances across Europe, the continent will struggle to shoulder these burdens. Population ageing and shrinking will also mean that Europe can expect subdued economic growth rates for decades to come.

Some experts argue that immigration could be used to correct this demographic imbalance. Unfortunately, the scale of the problem is far too great for migration to fix. Just to maintain its current workforce-to-retiree ratio, Europe would need an influx of migrants several times above its current intake. Such an unprecedented increase is not politically viable, though. Immigration is already one of the most contentious issues in European politics – not least because Europe has never been particularly good at attracting skilled migrants, let alone integrating those migrants it got.

Population ageing and shrinking as well as falling fertility rates are problems in most European countries. Why the fertility rate collapsed as much as it has is a matter for debate. Cultural pessimists like Theodore Dalrymple argue that modern European society values its material standard of living more highly than anything else. Children are only “obstructions to the enjoyment of life, a drain on resources, an obstacle to next year’s holiday in Bali or wherever it might be”, he writes in his book The New Vichy Syndrome.

But whatever its reasons, the main problem with demographic change is its sluggish nature. A development that has been going in the wrong direction for 25 years takes 75 years to correct. There is no quick fix for demographic faults; the skid marks of demographic change are too deep and too long.

Even if Europe somehow managed to improve the situation of its younger generation and boost fertility rates to more sustainable levels, it cannot hold off the process of ageing and shrinking for a few more decades. The potential mothers to give birth to a new and stronger generation of Europeans have not been born themselves.

The consequences of these demographic changes will be severe. It will be difficult for European nations to service their debt, let alone repay it, with both shrinking and ageing populations. There is only so much that increased productivity can do to compensate for a collapsing workforce.

And then there is the psychological effect. Older societies may be more peaceful than younger ones. But they are also less creative, less dynamic, and more risk averse. Europe will possibly become a less entrepreneurial place in the future. When more than half the population is over the age of 50, how likely is it that the next big technological innovation will emerge in such a social climate?

Oliver Hartwich is the Executive Director of The New Zealand Initiative. Before joining the Initiative he was a Research Fellow at the Centre for Independent Studies in Sydney, the Chief Economist at Policy Exchange in London, and an advisor in the UK House of Lords. Oliver holds a Master’s degree in Economics and Business Administration and a Ph.D. in Law from Bochum University in Germany.

'It will be difficult for European nations to service their debt, let alone repay it ...'

Greece is leading the way. Of course, nobody intends to ever pay off anything. Just keep the interest rate at 0 forever and print money. Problem solved.

"When more than half the population is over the age of 50, how likely is it that the next big technological innovation will emerge in such a social climate?" This is a serious case of ageism. Maybe one answer to the so-called demographic challenge is to foster a certain level of respect and encouragement for post-50s in society rather than to write them off in a wanton fashion. Btw, the Congo has a great demographic structure, but still isnt an economic powerhouse. Strange ...

In any way, the Queen of Europe, former East German Communist party cadre A. Merkel - having dealt with issues in the Ukraine and Greece decisively - is solving the problem as we write, by inviting an illegal migrant invasion to Germany, followed by moral and financial blackmail of all EU member states she bought with German taxpayers' money to redistribute them to the last corner of her empire.

Somehow it seems that the book is already outdated.

No the problems will be exacerbated by lack of oil, world over.

Oliver keeps quoting problems that are not problems. Fatal flaw to any argument. He wants to have increasing population. Forever ? Clearly Oliver thinks unbounded by foresight.

I'll try to couch this in a way it won't get removed, but, this nonsense thinking that never ending growth is possible or even desirable really gets me going. How is it even possible that anyone, let alone someone with some modicum of education and perhaps even a modicum of influence could take and promote such an irresponsible notion is utterly beyond me.