Siah Hwee Ang says the ‘new normal’ growth rate of the Chinese economy will be closer to 6.5%

Siah Hwee Ang says the ‘new normal’ growth rate of the Chinese economy will be closer to 6.5% 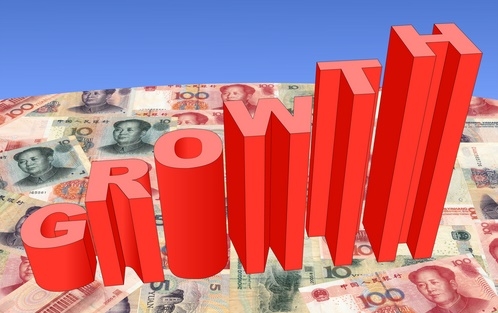 There have been a lot of discussions surrounding the growth of China.

The magic number for the growth rate at 7% that has often been reported in the last year or so has received much scepticism.

In March 2015, the Chinese government estimated that the growth rate for 2015 would be about 7%. This was subsequently achieved in the first half of the year. Latest data for the third quarter has seen a slight drop to 6.9%.

For more than a year, the Chinese government has warned against the expectation of seeing growth continue at this rate as well. The country is to move into a ‘new normal’ phase of development.

Last week, as part of China’s 13th Five-Year Plan (for the years 2016 to 2020), a standout growth rate of 6.5% was highlighted. While the documentation for the plan did not mention this figure, Chinese leaders have reiterated their views that this annualised growth rate is what China needs over the next five years.

The plan is subject to approval by the National People’s Congress coming March 2016.

The ultimate set target is to double 2010 GDP and per capita income figures by 2020. By working backwards in this calculation, it is argued that it would suffice to maintain a 6.5% growth rate per year over the next five years. It’s been predicted that GDP per capita will increase from its current US$7,000 to US$12,000 based on this growth rate. In the process, 70 million Chinese will be lifted out of poverty.

Achieving these targets will meet China’s goal to be a “moderately prosperous” society by 2020.

Will we see the impact?

It is hard to tell why anyone would hope that China isn’t growing as fast as expected. Nobody wins if that happens, as we witnessed when the movements of the Yuan and the ‘collapse’ of the Chinese stock market sent ripples through the rest of the world.

Or perhaps people want a sense of knowing what is going to happen as opposed to being kept in the dark until it actually happens. This is probably a better reason to keep tabs on China’s growth.

What goes up must come down. Without renewed efforts such as major internal reforms, China will not be able to sustain its growth over time.

But without slowing down, the economy can potentially be running in a haphazard way, creating more problems for itself. In other words, slowing down makes sense.

But all is not lost.

To get a sense of China’s new normal; consider that even when growing at 6.5%, China’s GDP will rise by another US$740 billion (2014 GDP was US$11.39 trillion), which is about the size of Netherlands’ economy, the 17th largest in the world in terms of GDP, and the size of the Chinese economy back in 1995.

Growing at 6%, the country’s economy would grow by US$683 billion. The 0.5% difference would result in less economic gains of size similar to that of Uruguay or Croatia.

China wouldn’t really be affected much by this 0.5%, but the world economy would benefit if China can indeed maintain its new targets.

Hey why cant our government just set a growth target of 6.5% as well? I mean Made in China has become synonymous for crap. Surely we can do better!

I'm curious where this 6.5% growth is coming from, exports are down, imports are way, way down, energy consumption is borderline flat, and well below the 6.5% you would expect, the economy can't run on hot air after all. So the measurable inputs and outputs are all down or flat, and yet in China Gross Domestic Production is claimed to be increasing by the size of the Netherlands every year.

People are so stupid, I don't really blame the elites for controlling the media, and manipulating the data, I mean it's not as if people are likely to notice. People just believe what they are told, by their favourite big brand news outlet.

We can't achieve 6.5% growth because we didn't have Mao Zedong running the country into the ground for 30 years. High growth is easy when you start so low. China is soon getting to the point where growth requires real innovation, not just playing catch up to the developed world. They will get there but the days of 10%+ growth are long gone.

Maybe I am missing the point here but surely growth is measured on a year by year basis. Therefore from a base say of $100b five years ago, and with gdp growth of say 7% would result in a gain of $7b. Compounded over five years the base becomes $140b. Therefore a reduced growth of say 6% will still generate a net gain of $8b! So a lower growth compared to the previous years can actually be an increased growth in real terms.... Nice problem to have!

Sorry but I can't take seriously any commentator that takes the Chinese governments claims of 6% plus growth seriously.

People say god exists. God talks to them, tells them what they should tell me to do and how I'll be damned if I dont listen.

What Do U.S. Economists Think of Official China Statistics? ‘Only a Fool Would Believe Them’

An overwhelming majority of the respondents to the latest Wall Street Journal survey of 64 economists–not all of whom answered every question–said China’s gross domestic product figures miss the mark. How far-fetched are the numbers? Well, here are a few comments on the question, “Do you think that China’s GDP statistics accurately reflect the state of the Chinese economy?”

“The joke is that 78.352% of all their statistics are made up.” –Bernard Baumohl, The Economic Outlook Group

“Does anyone really believe in them?” –Joel Naroff, Naroff Economic Advisors

“Only a fool would believe them.” –Rajeev Dhawan, Georgia State University

“A government wielding such a heavy hand in markets is surely influencing/manipulating official statistics.” –Sean Snaith, University of Central Florida

“They know less about their service sector than we do.” — Diane Swonk, Mesirow Financial

“GDP is as good as the data collection and measurement process. Thus, it is not so much about politics or intentional errors but more about the complexity of gathering and interpreting the available information, which may include significant noise.” — Nathaniel Karp, BBVA

“They make it up. Nary a revision.” — David Shulman, UCLA Anderson School of Management