Siah Hwee Ang says despite its economic slowdown, China will still be the top contributor to the world’s economic growth in the coming years

Siah Hwee Ang says despite its economic slowdown, China will still be the top contributor to the world’s economic growth in the coming years 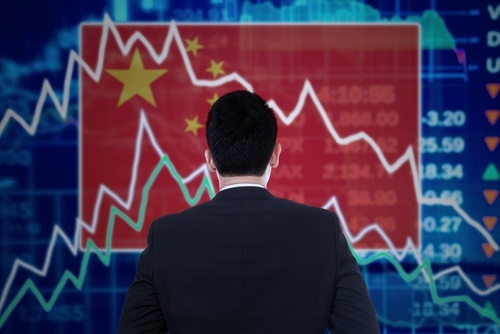 While many in New Zealand were enjoying the summer break, China suffered a turbulent start to 2016.

The Chinese share market plummeted and the Yuan continued its slide – both falling at larger magnitudes than previously experienced.

The rest of the world reacted in a way that echoed the events of mid-2015: major share markets across the globe fell and countries made adjustments to ensure the continued competitiveness of their currencies against the Chinese Yuan.

New GDP figures on trade and growth in China hint at potential issues with the Chinese economy and have done nothing to ease jitters in share markets and currencies.

Overall trade fell by 7.2%, far below the target of 6% anticipated by the Chinese government.

With a consumption-led economy in play, trade figures are bound to contract nonetheless. Trade has been forecasted to remain stagnant in 2016.

As expected, GDP growth fell below 7% for the first time in five years. At 6.9%, this is its lowest growth rate in 25 years. The downward trend is expected to continue until the year 2018 or 2019.

The Chinese government has most recently started to stress supply-side reforms.

Supply-side reforms can be viewed as macroeconomic policies aimed at boosting economic growth by making markets and industries operate more efficiently. These are different from the structural reforms adopted by the government in the last few years. The latter relate primarily to the rebalancing of the economy, including boosting the services sector and driving a consumption-led economy.

The fundamental challenge in China is to answer consumers’ calls for more services such as education and healthcare, and high-quality products. Because Chinese players don’t provide enough of these, consumers are forced to buy them from abroad. The fact of the matter is that Chinese consumers are capable of paying higher prices.

The focus on supply-side reforms will result in a push for more innovation, tax breaks and incentives for private businesses, as well as the removal of regulatory barriers, among other mechanisms.

While the broad macro statistics seem gloomy, there are some glimpses of hope in the marketplace.

In the competitive landscape, there are signs that foreign firms remain optimistic about their chances in China.

Apple continues to perform well in the smartphone market, partly due to its deal with China Mobile.

Emirates Airline will introduce two new routes into the cities of Zhengzhou and Yinchuan in China, both of which are major economic hubs in the One Belt One Road trade route.

Marks & Spencer just opened its first store in Beijing, in an attempt to target more affluent Chinese consumers in the capital city.

Starbucks plans to open 500 new stores in China each year for the next five years.

The grand scheme of things

The downward revision of global growth rates is mainly driven by the anticipated slowdown in China.

Despite this slowdown, at these growth rates for the second largest economy in the world, China will still be the top contributor to the world’s economic growth in the coming years.