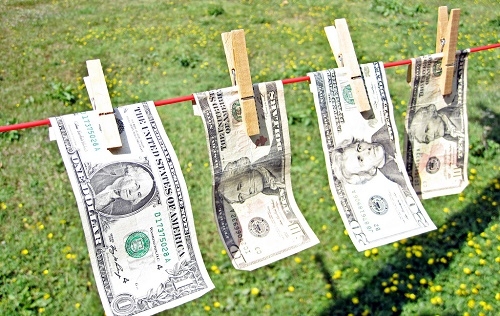 Amidst the current uproar over the use of New Zealand’s foreign trust rules, a key irony is being overlooked: the design feature that non-New Zealand residents can use to avoid taxes in their own jurisdiction is extremely effective at preventing New Zealanders from attempting to do the same through offshore trusts.

The problems with the use of New Zealand “foreign trusts” are two-fold: the low disclosure requirements and the company they keep; in particular Panama.

Panama is one of the most notorious tax havens in the world, probably because of its links to money-laundering and drugs.  One of the official reasons given for the United States invasion of the country in 1989 was its involvement in money-laundering of South American drug cartels.

Panama fell into line and committed to making greater information disclosures but this did not diminish its importance as a tax haven.  The scale of Panama based law firm Mossack Fonseca’s activities and the role of Panamanian companies revealed earlier this week, can be seen in the following World Economic Forum chart of company registrations. These are the number of companies registered by Mossack Fonseca (by jurisdiction). 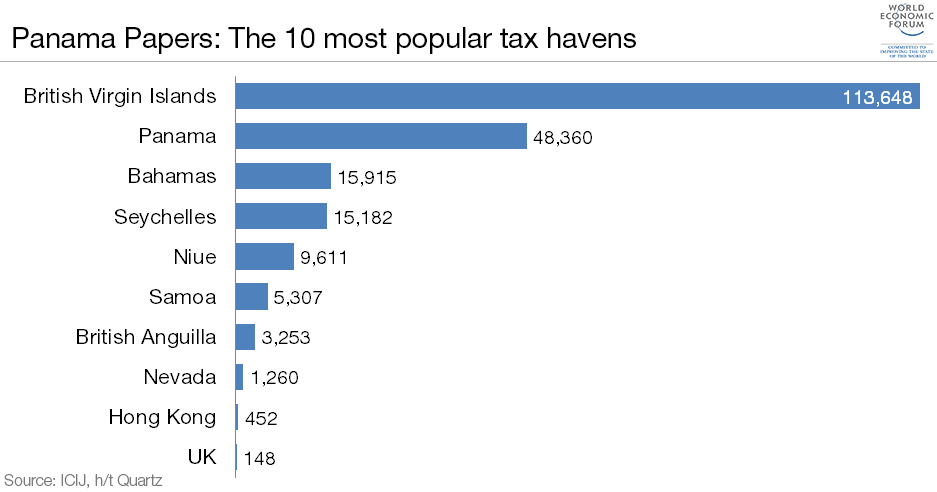 Recently, Panama has backed off from joining the OECD’s Common Reporting Standards initiative saying it will develop its own standard. (This move is in part because the United States hasn’t committed to the CRS either).  Panama is not yet ready to surrender what it sees as a competitive advantage.

New Zealand’s attraction to international tax planners is not just the treatment of non-New Zealand sourced income, but secrecy.  A foreign trust need only advise Inland Revenue of its name, the name and address of a New Zealand resident trustee and whether that trustee is a “qualifying resident foreign trustee”, and if the settlor is resident in Australia.

(These limited requirements were only introduced in 2006 after Australian pressure over concerns Australians were using New Zealand foreign for tax evasion purposes).

If the Government wants to quickly address public and international concerns about the foreign trust rules one approach would be to increase the disclosure requirements.  The information doesn’t have to be made public, just provided to Inland Revenue so it can meet its existing information exchange obligations.  That might not address the reputational risk to New Zealand and the issue remains whether New Zealand based trustees of foreign truss are fully aware of what assets are under their “control”.

In any case, even without the publicity following the Panama Papers leak, it’s probable the disclosure requirements for foreign trusts would have had to be tightened in order to comply with the OECD’s Automatic Exchange of Information initiative.

But it’s not just foreign trusts where there’s scant information available.  As the Law Commission’s review of trust law in 2010 noted, nobody is sure how many trusts there are in New Zealand, with estimates ranging up to 400,000.  (Unless a trust applies for an IRD number, it is not required to provide any information to Inland Revenue).

Given that estimate, could it be that trusts are being used in New Zealand for the same nefarious purposes as offshore?  Perhaps we ought to find out.

In the meantime, settle back and watch the fun as the Panama Papers story unfolds; I suspect Iceland’s prime minister will be just the first of many prominent victims.

These laws just make us look corrupt! Why can't JK see that?

Hi Murray, thanks for your comment. In answer to your questions

Does this mean a foreign company operating in NZ under the auspices of a trust can avoid paying tax here?

No. The company would be deemed to be resident in New Zealand.

The second question is, is this based on a presumption that tax is paid in the country of origin of that income?

Broadly speaking, yes. But as to what steps are being taken to ensure the tax is paid in the country of origin this is a grey area at present. However, IRD have said they are liaising with other tax jurisdictions and as Automatic Exchange of Information comes into force any foreign trusts which are apparently not complying with the laws in the country of origin will come unstuck.

Keep in mind that like most countries New Zealand taxes on a residency basis: if you're not resident in New Zealand then unless you have some income with a New Zealand source, the IRD isn't interested. This is the rationale behind the foreign trust regime which works effectively to stop New Zealanders trying the same.

The key problem emerging is the potential for collateral damage to New Zealand's reputation.

Thanks Terry. Your second and third points accepted. Your first however, forgive my scepticism but too often we have seen reports on this and other sites where companies structure themselves to specifically avoid paying taxes, and indeed this has been a component of world news in recent times. This looks too much like another tool to be used to avoid taxes.

"origin this is a grey area at present" Sorry... its black. And these guys have blood on their hands from assiting some of the most henous criminals committing the most despicable acts around the globe. We should be marching on these NZ law and accounting firms. The are complicit and they know it.

Is there any statistics as to the value of assets held in NZ by these foreign trust and the income they derive from those assets/activities/transactions ?

I'm surprised there is no mention of Labuan. Mossack Fonseca seem to have dropped the ball by not using this jurisdiction.

As for this whole Panama scandal... well I want in. If the big boys aren't paying tax, why should I?! I wouldn't be surprised if a few heads roll but overall there will be minimal changes. Ironically I expect an increase in the use of these sorts of structures as the general population become more aware of them.

Also, what about JK's history? In the world of money trading and millionaires it's hard to believe his background is 100% untarnished. Not an accusation. Just pondering.

Have a look at that foreign trust disclosure form...that is laughable. I need to provide more information when I order my takeaway on a Friday night.

The whole problem is disclosure. I don't have a problem with foreign trusts existing., The issue is that we do not collect any meaningful information about them, their sources of income, their assets etc. We do not know where the money has come from and we are unable to share anything useful with the jurisdiction that the trustee resides in so we can't even assist any other tax officials from another country put together a complete picture. This is how a tax haven works. Collect minimal information so we have nothing to share when asked.

All income earned in NZ by Trusts or Companies or individuals is taxed in NZ.

What is not known

Globally, 30% of the Panamanian business comes out of China and Hong Kong

So the question is this

The IRD has that information

At least the IRD have a ready made list of NZ residents associated with offshore trusts who might have omitted some info from their tax returns.

Thanks Penguin, it will be interesting to see if ICIJ provide similar searching tools as they did with that Offshore Leaks database when they release data next month. The Panama Leaks is vastly bigger, so it might be expected that some tax departments may have big lists as you say. Some may even have the resources to delve into some of the transactions in which the various entities were involved, relatively little of that would be in the MossFon files. For criminality beyond tax evasion, that's where the real gold will be

Now that NZ has been outed as a safe tax haven, can we expect more business ? May be the Asians will get on this bandwagon soon ?