Ranjana Gupta says a land tax would broaden the tax base, depress land speculation, reduce the burden of tax on income, and shift taxation more to wealth

Ranjana Gupta says a land tax would broaden the tax base, depress land speculation, reduce the burden of tax on income, and shift taxation more to wealth
23rd Jul 16, 8:21am
by Guest 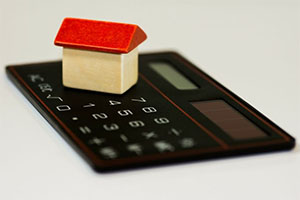 In addition to being a fundamental instrument to raise revenues that finances government expenditure, it also acts as an instrument to achieve the economic and social aims of government, and redistributes income on a socially acceptable basis.

Smith’s principles have been expanded by subsequent economists and writers, who have added concepts such as adequacy (raising sufficient revenue) and sustainability (the ability to meet changing needs of governments).

The New Zealand tax system is generally well-designed and has served the country over decades, but it relies heavily on income tax and the Goods and Services Tax. A narrow tax base is inefficient because there is the tendency to avoid participation in the taxed activity, which forces the tax rate up on that activity; by taxing different activities or new sources of revenue, tax rates can be kept comparatively low. Land tax – recommended by the Victoria University of Wellington Tax Working Group (TWG) in 2010 to replace a number of existing taxes – is one of the biggest holes in New Zealand tax regime.

One of the most famous advocates for a tax on land was Henry George, who in his 1879 work Progress and Poverty argued that the value of land was largely created by the community’s economic activities. The proximity of a piece of land to other activities and infrastructure (population concentrations, main transport links and the like) is what gives land much of its monetary value: the land owner makes unearned income because of the activities and investments of others in the community.

Land tax is a tax levied on the unimproved or rental value of land (but there are some variations that include improvements to land). A land tax is a cost of owning land, and taxes an immobile factor. Unless exemptions are made, a land tax will have an impact on all land owners including non-residents, charities, local authorities, non-state schools, hospitals and others owning land in New Zealand at the time the tax is announced. Land values are the rising element in real estate prices and a land tax may help reduce speculation in land and property sales. While the government did not act on the recommendation to implement a land tax as part of the reforms undertaken in 2010, in April this year it hinted at imposing a land tax targeting foreign buyers of residential real estate.

There are different kinds of land or property tax valuation methods used overseas. These include: annual rental value, a tax on estimated (not actual) income earned from the property; land value or site value tax, a one-off tax on the existing wealth in the form of property that only targets land owners; and capital improved value, a tax on the total value of land, buildings and improvements.

In New Zealand, local authority rates – which can be based on land, capital or rental values of properties – have been the major source of revenue for local government. Central government, on the other hand, earns only an estimated 5% of its total tax revenue from property. This is well below the OECD average, which is not surprising given New Zealand remains one of the last countries within the OECD which does not have a comprehensive capital gains tax (CGT). A partial CGT exists but its application is rather limited. The current bright-line test for residential land (effective from 1 October 2015) and residential land withholding tax (RLWT) regime (proposed to take effect from 1 July 2016) are also designed to remove certain capital gains and bring them within the tax net.

Depending on how it was designed, implementing a land tax in New Zealand could hit two groups particularly hard: Māori Authorities, and farmers.

Māori Authorities are trustees administering communally-owned Māori property – often in the form of land following Treaty of Waitangi settlements – on behalf of individual owners. The imposition of a land value tax would adversely affect the negotiated settlements. Māori freehold land is underdeveloped relative to general land, even after taking into account differences in land quality and location and could have important equity implications on land value tax. Māori land is culturally sensitive, possessingMana (spiritual power) with some land being Tapu (sacred) and therefore while held by Māori Authorities will never be developed for commercial or residential purposes. If land is taxed on a basis of unimproved land value (highest and best use of the land) it will not reflect the fact that some land is culturally sensitive and therefore will not be used in an economic manner. Imposing a tax on an unrealistic value of land, given in settlement of past wrongs and in recognition of the cultural value of land, would be contrary to the underlying principles of the Treaty settlements.

In New Zealand an estimated 55% of all land is put to agricultural use and the impact of a land value tax would be felt severely by the farming and forestry industries. While a land value tax is an ad valorem tax, meaning that the urban areas, on a per hectare rate, will face substantially larger taxes, the land intensive uses in rural areas result in a higher tax burden on individuals and small companies. Considering that the average plot size in suburbia is around 700m² the incidence of tax per owner will be significantly less than farmers who own many hectares of land. Thus the effect of a land value tax is inconsistent with current policy measures that protect farming in recognition of its importance to the New Zealand economy.

Implementation of a land tax in New Zealand would broaden the tax base and depress land speculation. It could reduce the burden of tax on income, and shift taxation more to wealth. A one percent tax on all non-government land, using 2006 land values, was estimated to raise $4.6b annually. The precise form of land tax and its design – for example, any exemptions – would determine whether the principles of a ‘good’ tax were met, including its acceptance by most New Zealanders.

Dr Ranjana Gupta is a senior lecturer in taxation at Auckland University of Technology (AUT) and had been teaching range of taxation courses to undergraduate and postgraduate students. . This article was first published on AUT's Briefing Papers series. It is here with permission.

I think the view that Maori land is Tapu or spiritually significant is overstating it. I am a Maori Land owner. The reality is that the system of Maori Land ownership makes it hugely difficult to do anything with the land.
For example I own 1/9 of a 37 acre block. I cannot will my share to my European Step children or my wife. One of the owners has been dead for over 15 years. I do not know who pays the rates or if they are even paid.

The land is not sacred it is just impossible to administer and to be blunt a waste of time.

Land tax would be unfair in this case because I just can't do anything with the land and my dead relative can't pay her bills.

In the past at local body elections, ratepayers would be given a choice on their rating base -land or land +capital valuations i.e unimproved or improved property valuations. I think it was Bassett who removed this electoral practice in the late 80s. Hyde and co when setting up the Auckland Supercity explicitly legislated the council could not have a land tax only rating system.

While the government did not act on the recommendation to implement a land tax as part of the reforms undertaken in 2010,
..........
National Realestate.

OK I didn't read most of this article. The title helped turn me off. NZ governments have seldom removed taxes. They only seem to know how to introduce new taxes and then ratchet them up and up - very discouraging.

The evidence is actually different - and encouraging.

Perhaps you are forgetting that NZ governments reduced the income tax rates significantly from well over 50% when the GST was introduced. The GST has since been raised by +2.5% twice since. But income taxes have also been reduced twice as well (although the 5th Labour government did raise the top rate to 39% at one point).

And Stamp Duty has been abolished.

An Gift Duties have been eliminated.

Local Government may be raising rates, but there is not a lot of evidence central government has recently. True, 'user pays' charges have certainly increased, but that is probably as it should be.

The trouble with any reform of tax is that most people won't engage in analysis and debate, rather revert to urban myth positions. And of course those that may be called on to pay more (in the name of equity) are louder than those who may benefit.

The real urban myth is that the distribution of taxes is useful !!!

Personally I cannot wait until I am 6ft under and pushing up daisies so I can rid myself of the costs of the bloody Government and its Bureaucracies!! The system makes slaves of us all and there will never be analysis or debate about that will there!?!? No we just get more nonsense opinion pieces that broadening the tax base will solve all the problems.........Chairman Mao had a very broad-based policy and look at how that worked out for the Chinese........Then there is North Korea...want me to keep going!?

Taxes and any of the costs enforced upon the people are wrong in every sense!! Taxes are used to divide the people and that is not acceptable.