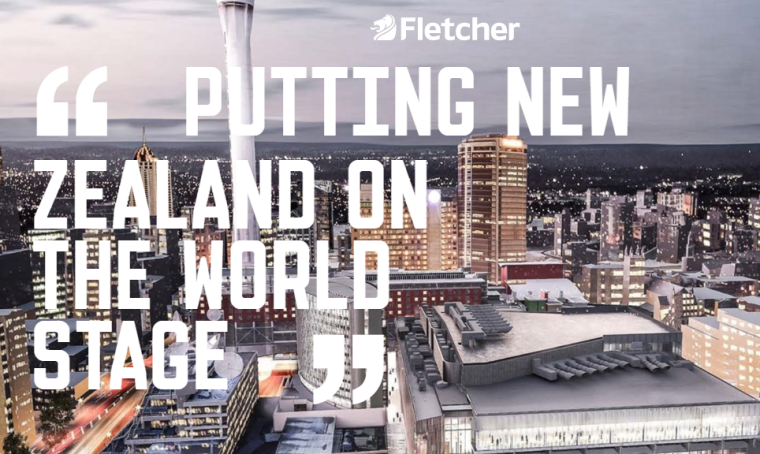 Humans, being the essential optimists that they are, have a tendency - bless their cotton socks - to come out with an expression when the world around them is turning rapidly to custard.

"Well, things can't get any worse!" This will be the defiant refrain.

If you really think about it though; why shouldn't things get worse? Who decided that the situation you currently face is absolutely, completely a worst case scenario?

The reality is, there's nobody who can draw that definition.

In my experience of covering corporate news, I would have to say the reverse to this popular refrain tends to be true. OF COURSE things can get worse. And they won't get better just by you thinking they ain't going to get worse, that's for sure.

Anybody applying the sunny-side up view of Fletcher Building in the past year (and many share analysts have been conspicuous in this regard - I think simply because of the broad exposure the public has to the stock; people NEED Fletcher to do well) has watched as Fletcher has descended into a deeper and deeper hole. This hole, courtesy of the errant Building and Interiors Division is now stuffed with about a billion dollars' worth of losses in the past two years.

Personally, I always have difficulty relating to losses that are of a greater magnitude than any sum of money I can actually imagine having, let alone losing. And Fletcher are going to be more than $400 million down the pipe on the SkyCity International Convention Centre alone. I struggle to get my head around that.

It takes a certain something to lose that much money. Accountability? Recriminations? Heads being paraded on spits? It's likely none of this will happen. Oh, the shareholders will be grumpy - and remember, thanks to KiwiSaver, that includes a lot of us.

To be honest though, there is really no point at all now coming out with the blame game. What's done is done.

The important bit is how Fletcher gets itself out of this - and there things might be rather less straight forward than people might be inclined to think from the latest update.

By deciding to stop doing the kind of projects that have caused this strife, and effectively putting the B&I division into runoff, Fletcher has at least applied the golden principle of "if you find yourself in a hole, stop digging".

Also good is that the company was able to reaffirm that profitability in other divisions is as expected.

All of this would be fine if the company's financiers had said they were okay with things and were happy to let the company go on and sort itself out.

The banks - as I expected they would, have done this. When you look at it, with many of the banks being Australia-New Zealand focused, it would be an act of extreme masochism on their part if they did not give Fletcher more rope. A Fletcher in distress could cause other people to whom the banks have loaned money distress. So, it's very much in the banks interest to get alongside.

However, the problems were always likely to come from the private investors (apparently mostly in the US and Japan) that are collectively owed over $1 billion. Fletcher raised money from these folk a few years back when it was trendy to do so, but might now be regretting it.

These people have not agreed to a waiver over the series of breaches of lending covenants that Fletcher has incurred. And Fletcher's now trying to get all this sorted by March 31. I don't know how many individual parties are involved here. But it must be a few. And I dare say getting them all to agree one course of action might be a bit like the proverbial herding of cats.

The other thing is, these folk are unlikely to have the depth of understanding and to some extent the sense of wider responsibility that all the banks have. Banks don't want to create earthquakes because they know that other customers of theirs would be affected. Private investors may be less inclined to think so broadly.

I'm not saying Fletcher is going to get met with a brick wall here, but I am saying that until it's got this sorted, it is not out of the woods - nor are shareholders.

I saw some suggestions and expressions of relief on Wednesday that Fletcher did not announce a capital raising. Well, sorry, it's too early to be relieved on that one. Fletcher doesn't know what capital requirements it might have till it has sorted out these covenant breaches.

My guess is that Fletcher may well have to end up paying off at least some of these private investors, and possibly quite soon - given that the end of March is the deadline for sorting this out.

Where would the money come from?

It's possible, very possible, I think that the banks may well come to the party and greatly increase their exposure - again because it is in their broader interest to ensure a healthy Fletcher.

But there would be a pound of flesh involved.

Personally, I'm now more certain than ever that Fletcher WILL have to go to shareholders for more capital - and possibly quite a chunky amount.

The other option of course is asset sales. And Fletcher unquestionably has some good ones.

The problem is, once anybody see that you are a potentially distressed seller, then the potential price goes down. That's the law of the jungle.

It may well be that Fletcher over time sees it as prudent to downsize, sell off assets, maybe even break itself up.

It would, however, be far better to do such a process without anything hanging over its head.

So, watch this space.

I, for one, am not prepared to say this couldn't get worse yet.

Here's genuinely hoping those private investors do come to the party. Otherwise, many bets are off.

From reading the general comments on interest.co.nz I have discovered wealth is created by either luck or when you were born.

In which case we should all have some empathy for this terrible bad luck Fletchers are having.

I don't think this is true. I came from no money at all, and am now a multimillionaire where very little was earned from increasing property value. In fact, I must be the only person in NZ to have lost money in property or broken even at best.

Luck is the key. Lucky to be born at all being the first major break into life. The rest that followed was also based on luck, whether it be genetic, health of mother, country of birth, date or or otherwise. Any other person born with your 'luck' would have done what you did in life. There is no 'freewill'.

Where was I lucky? I took an IT degree at University... because I knew it was lucrative and I quite liked the field. Following hard work and a good good grades, I landed an entry level, low paying IT job. Over the years the salary improved , and went to europe for a few years where salaries were mind blowing.

I just don't see where luck was a factor. Anyone with average intelligence following the same path could have done the same as me.

As Trump said, or if not could have, “ I made ny first million by being born”

"when the world around them is turning rapidly to custard."
Excuse me!
But seriously, it may be (and perhaps should be), that existing owners are going to have to write rather large cheques - pound of flesh indeed.
Who would have thought - government connections and old boys club - result = Hubris.

From personal bitter experience, when a very big NZ Company some time ago hit the wall, the senior executive cancelled the newspaper delivery on each floor, and then rested.

this just goes to show what bad management and governance can achieve in a short period of time.

The American investors will call the shot, and usually they are ruthless, right ? They may want to be bought out without an haircut, so some wealthy backers will have to be found soon...?

He has not held himself accountable at all. He'll just move on to the next gig which will probably up his renumeration . Accountability is if he had owned up and said I'll return all the money you paid me because you should have expected more from someone getting this level of renumeration.

All I've heard Norris doing is blaming others and circumstances.

Although , to be fair, the ex-CEO must take a huge amount of blame too. But he also escaped real accountability.

Fletcher's major mistakes - repeated over and over has been hiring outside " experts ' a CEO's at exorbitant salaries when they have plenty of very competent staff in house with many years of profitable business experience.

Mark Bins would have made a superb CEO - Meridian grabbed him where he stopped doing all the nonsense initiatives they were involved in and just did the basics well. A very good CEO !

Very disheartening for staff when they know they have no chance of rising to the top.

NZ's track record of hiring so called " change agents " eg Fonterra have never worked well yet they keep on doing it and keep on destroying shareholder value.

Compare the stability and track record of Ryman and their succession plans. Fletchers had every chance to be the Ryman of today with their extensive construction and housing expertise but repeatedly pixxed it away on pulp mills and paper companies !

So someone(s) has to cough up a sum of money at huge risk of loss to pay someone else off with a quick exit.

I sit here and wonder who that brave and probably foolish person(s) is as there is no real prospect of payment anytime soon.