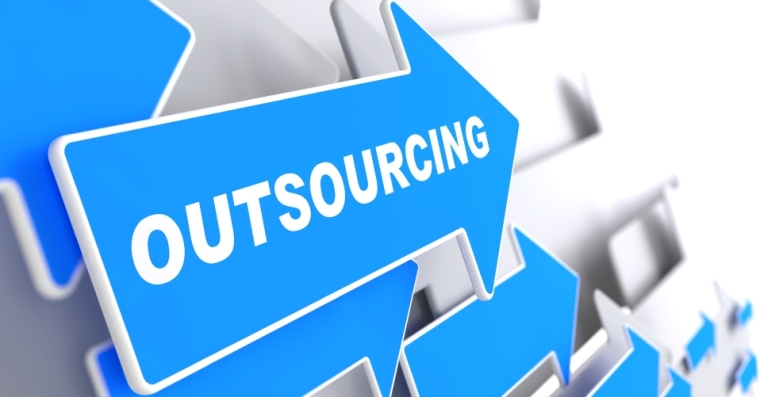 The Reserve Bank of New Zealand (RNBZ) wasted no time in rejecting interest.co.nz's second request for it to release a review of the banking regulator's director attestation regime done by Deloitte.

Earlier this month the Reserve Bank declined to provide the Deloitte report when I asked. A subsequent request under the Official Information Act, made last Friday, was also rejected, - on Monday.

Below is the response from a Reserve Bank spokesman.

Your request under the Official Information Act (OIA) for the report by Deloitte on the attestation regime for bank directors is declined under the provisions of section 18(c)(i) of the OIA, because making the information available would be contrary to the provisions of section 105 of the Reserve Bank of New Zealand Act (RBNZ Act), which specifies that information obtained for the purposes of part 5 of the RBNZ Act must be kept confidential by the Reserve Bank.

You have a right under section 28(3) of the OIA to complain to the Ombudsman about the Reserve Bank’s decisions in relation to your OIA request.

"The confidentiality provisions of the law and working practices of the Reserve Bank recognise that much information about banks and provided by banks is commercially sensitive, and that it is beneficial if banks can discuss matters candidly with us as their regulator. This candour would not be possible without confidentiality protections," the Reserve Bank spokesman says.

Depositors in the dark

Whilst this rejection isn't surprising, it does mean the Reserve Bank's director attestation regime remains opaque to those not directly involved in it, which includes ma and pa household depositors who have loaned more than $166 billion to banks. Arguably the attestation regime outsources regulation to the regulated. And this is against a backdrop of New Zealand being an OECD outlier in not having explicit deposit insurance, and with local depositors potentially facing haircuts should a bank fail and the Open Bank Resolution policy be applied.

So just what is the attestation regime?

As Reserve Bank Deputy Governor Geoff Bascand put it in a recent speech, New Zealand's bank disclosure regime is supported by a requirement for bank directors to attest to, or sign-off on, the accuracy of information contained in disclosure statements. This, Bascand said, is a crucial aspect of the Reserve Bank's regulatory oversight of banks.

"Directors are responsible and accountable for the integrity of bank reporting. Due diligence helps support the internal governance processes of the bank, driving responsibilities, systems and processes to generate and scrutinise management information," Bascand said.

Banks release quarterly general disclosure statements to which director attestation, requiring sign off after due enquiry, applies. Banks must publish their quarterly disclosure statements on their websites and make hard copies available on request. The Reserve Bank argues attestations are important because they strengthen the incentives for directors to oversee, and take ultimate responsibility for, the sound management of their bank. If a disclosure statement is found to be false or misleading, directors face potential criminal and civil penalties including a jail term of up to three years.

From May locally-incorporated banks, which includes all the key retail banks such as ANZ, ASB, BNZ, Kiwibank and Westpac, will adopt the Reserve Bank's new quarterly Dashboard disclosure regime, which will be displayed on the Reserve Bank's website with the content coming from banks' private reporting to the Reserve Bank. (See more on the Dashboard here).

Whilst the Dashboard won't have a formal attestation process, the Reserve Bank argues the provision of private reporting data for the Dashboard by banks will "likely be accompanied by a de facto process of validation and internal sign-off."

"This is because of the way the Dashboard will provide a side-by-side comparison of various standardised financial and prudential metrics designed to sharpen market discipline. Banks are therefore likely to take as much care in the preparation of Dashboard information as they would for half and full year disclosure statements," the Reserve Bank says.

Once the Dashboard is introduced, locally incorporated banks will only have to produce disclosure statements twice a year instead of quarterly.

The IMF's report highlighted the idiosyncratic light handed regulatory approach of the Reserve Bank, which was judged to be "materially non-compliant" in 13 of 29 international bank regulatory and supervision framework standards.

Among the IMF's comments were the following.

 The RBNZ’s enforcement is currently based primarily on breaches that have already occurred and is not preventive.

 The RBNZ approach to supervision relies on three pillars being self, market, and regulatory discipline. The self-discipline pillar relies on directors’ attestations to the fact that the bank has adequate risk management systems in place.

 The RBNZ doesn't conduct inspections, and on-site interaction with banks is merely prudential meetings providing an opportunity to discuss results of supervisory analyses and other issues.

 Thematic visits to banks have been conducted to review systemic issues in deeper detail. But the scope of the thematic visits does not include direct access by supervisors to bank records or files, with the review relying on increased information requests and questionnaires.

 Overall, the lack of first-hand independent verification of prudential returns and assessment of banks’ risk management practices prevents the Reserve Bank from having a thorough understanding of the banks.

 Reserve Bank staff were encouraged to be more active when they tag along on the on-site visits to NZ's big four banks which officials from the Australian Prudential Regulation Authority undertake.

Limits to the effectiveness of the attestation regime

In his speech Bascand said the Deloitte review, on the Reserve Bank's behalf, was a thematic review of the attestation process across 15 locally-incorporated banks. Deloitte concluded the attestation regime is "largely effective," Bascand added, "based on a weighted average of scores using their methodology, with some variation across individual banks."

Bascand did acknowledge that Deloitte pointed to a number of a general issues that potentially limit the effectiveness of the attestation regime. These, as disclosed by Bascand, are detailed below.

• A reliance on high-quality directors to make the regime work. The number of directorships held by directors, length of tenure, lack of banking experience, risk of capture by management and lack of diverse skills on the Board all potentially affect the effectiveness of the regime.

• There is a correlation between the effectiveness of the attestation regime and an open and honest culture within the bank. Sign-off from directors is only appropriate if they believe that staff at all levels will communicate ‘bad news’ upwards.

So what does it actually involve?

I asked the Reserve Bank spokesman a series of questions about the regulator's engagement with bank directors to get a clearer picture of exactly what the attestation regime involves in practice.

These meetings with directors come in addition to meetings the Reserve Bank's banking oversight team holds with bank management, he added.

So are there any specific rules?

"The Reserve Bank does not set specific rules around how a bank must meet the attestation requirements.  However, there is an expectation that each bank must have a robust process, fully supported by appropriate systems and controls, that allows the directors to make the required attestations each quarter, or disclose any instances of non-compliance," the spokesman said.

Some additional interaction between regulated and regulator has been added.

"The banking oversight team evaluates its annual engagement plan each year to determine if it would be appropriate to add or remove any of the meetings. For 2018 we have added: An additional meeting with the full board of the 10 largest locally-incorporated banks, chaired by the Deputy Governor; and workshops in both Auckland and Wellington that all banks will be invited to send directors/executives to. The purpose of these workshops is to discuss key risks at an industry level," the Reserve Bank spokesman said.

When the current banking supervision and disclosure arrangements were adopted in 1996, the Reserve Bank said they included a shift in emphasis away from detailed prudential regulation by the Reserve Bank to a greater emphasis on market disciplines. The requirement for all directors to sign quarterly attestations was described as "perhaps the single most important part of the disclosure provisions."

Perhaps phase two of the new Government's review of the Reserve Bank Act offers an opportunity to assess whether this thinking from the mid-1990s, which outsources regulation to the regulated, is still appropriate post the Global Financial Crisis and 18 years into the 21st century.

It is a big farce here, Bank regulation. The OBN makes sure that Banks can pretty much operate with minimum regulations/oversight and NZ is held hostage to the Big Aussie Banks. Hope Winston can get the government to break the nexus.
The below article confirms that Bank customers here are the least protected and cared for in this scheme of kowtowing to Aussie Banks.

May be Kiwis are better off having bank accounts directly with the Banks in Australia and be protected ?

The GFC was caused by Banks doing as they pleased without sufficient oversight including embarking on massive risk taking through proprietary trading using off-balance sheet and SPV activities which were , with the benefit of hindsight , an ill disguised form of gambling activities.

The way bank executives are remunerated leads to risk taking . They are incentivised to take risks , knowing there are almost no consequences other than being fired , if things go wrong