Brian Davidson doesn't think much of Donald Trump, but he does like his policy approaches on massive stimulus, and tackling China on trade

Brian Davidson doesn't think much of Donald Trump, but he does like his policy approaches on massive stimulus, and tackling China on trade
21st Apr 18, 11:43am
by Guest 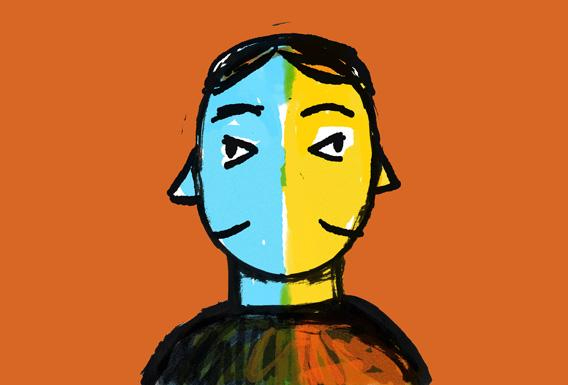 It recently struck me that occasionally we use this blog to grind an axe on some particular topic. That’s not necessarily a bad thing and I’ve done it myself: Shoreditch-based hairdressers; the drink-making habits of my colleagues; footballers in China. But today I thought it was time to make a positive argument about something, for a change. So, I’ve decided to praise Donald Trump.

Now, I realise that this choice may raise a few eyebrows. To be clear, I’m not praising the US President’s position on non-economic issues. My views on that should be left to a discussion in the pub. I’m also not saying that having a revolving door for White House staff is a good thing, or that this leads to optimal policymaking. Nor am I saying that angering your closest security allies by slapping tariffs on their steel and telling them it’s in the name of national security, is an excellent idea. And I must admit that I have questioned whether tweeting policy and military strategy in the early hours of the morning is the sort of thing that an incredibly stable genius ought to be doing.

But I do sometimes feel that the President is portrayed unfairly. In particular, it seems to me that some of his economic policies get dismissed out of hand, rather than being given a fair and objective assessment by the commentariat. I’ve thought about this and have concluded that there are two reasons why this might be. First, many prominent commentators don’t like him. Second, his economic policies in many cases diverge substantially from what is seen as ‘the right thing to do’.

I’m not saying that the consensus approach is always wrong. In fact, much of the time it is probably the correct thing to do, or at least close to it. But sometimes it can be incredibly wrong, with disastrous consequences. Like that time when everybody believed that it was totally okay that people with no job could get a mortgage on an expensive house, and that house prices would keep going up indefinitely, and that only really annoying people worried about bank capital ratios.

It’s in our nature to want to be liked, accepted, and indeed admired, by others, which is why we conform to societal norms, especially those of our peers and social circle. We do this subconsciously, and out of self-interest, a point made by Adam Smith in his Theory of Moral Sentiments. That’s not to say that this is a bad thing, of course. Ultimately this behaviour underpins the law, order and structure of civilised societies. But a desire to be liked by others also means that we have a tendency to resort to groupthink, and that conventional ideas don’t get challenged as much as they ought to be. As a liberal economist then, the easy option is to criticise Donald Trump and all of his policies. But since it’s a Friday afternoon and I’m in a good mood, let me give those policies two cheers.

First, injecting a massive fiscal stimulus into the economy even though it is currently operating close to capacity. Now, textbooks suggest that fiscal policy should be used in a countercyclical way, in order to smooth demand. Ultimately, I agree with that. But, occasionally, like for example when you’ve had ten years of miserable productivity growth, weak investment, depressed wages, low inflation and business dynamism has disappeared, trying something different makes sense. We have said it before: a fiscal splurge could produce some good economic outcomes. We don’t advocate adding more debt to the economy for the sake of it. But if any nation’s government has the scope to do this without getting punished by the markets, it’s the US, the issuer of the world’s reserve currency.

After years of worrying that inflation that was too low, we shouldn’t start getting completely stressed out about the prospect of higher inflation. Relax. Enjoy it. This stimulus package is likely to create higher inflation, which will have several benefits: pushing wages higher, lowering the private sector debt burden in real terms, and lubricating the wheels of creative destruction by wiping out some zombie firms as interest rates rise. In a roundabout way, this might actually boost the Fed’s credibility. After all, the Fed has proven that it can lower inflation if it needs to, but it has struggled to prove that it can raise it. Jerome Powell and co. might just be secretly loving this fiscal expansion…

Second, Donald Trump is right to play hardball with China. It makes me laugh when people talk about China being the new bastion of free trade. And I scratch my head every time I see some respected commentator painting Trump, and the US, as the villains in this trade dispute. Admittedly, the rumour that the US Trade Representative Robert Lighthizer has a life-size portrait of himself hanging in his living room naturally makes me want to side with the Chinese on this matter, but the fact is that China systematically violates global trade rules. Don’t believe me? I refer you to the US Trade Representative’s 2016 Report to Congress on China’s WTO Compliance (written by President Obama’s trade representative).

I’m not saying that China’s integration into the global economy hasn’t provided many benefits both to the Chinese population and to Western consumers alike. But their actions have distorted global trade, and contributed to large imbalances, including the so-called savings glut, artificially depressing interest rates and raising debt levels across the advanced economies. China’s actions also disrupt the efficient allocation of resources, leading to suboptimal economic outcomes. Many of these effects are slow-burning issues, and not readily observable, which makes them easy to ignore. That doesn’t mean that we should, yet many commentators do. Partly, I would say, due to a dislike of Donald Trump, but also due to an unconscious framing and/or status quo bias.[1]

In conclusion, and on reflection, this might not have turned out to be the upbeat and positive blog post that I initially set out to write. In fact, I may have ended up grinding my axe and in doing so annoyed some on the right, some on the left and some of my fellow economists. Which also probably means that I’m doing a miserable job in my quest to be liked, accepted and admired by others. Ah well. It’s Friday afternoon, the weather in London is great and I plan to avoid talking about economics imminently. Perhaps I’ll find that my non-economic views are more closely aligned with the consensus in the pub.

[1] This is the idea that the current state of affairs forms a natural reference point, and any deviation from this is perceived as a loss. For more on this topic, see the work of Nobel Prize-winning economists Daniel Kahneman or Richard Thaler.

Trumps’ stance seems to have caused Kim Jong-un to back down on nuclear missiles
https://www.nytimes.com/2018/04/20/world/asia/kim-jong-un-hotline-korea....

North Korea will be flat broke and Kim will be feeling the winds of discontent among his people. That NK is broke will be down to China as much as anything. Kim is doing whatever he can to keep his head attached to his neck, if NK manages to come out of the darkness and play their part in the world, Kim will be wanting to take credit, will be thinking he can convince his people that he made the west back down, well, long enough for him to escape to somewhere "safe" Lord knows where that might be.

Perhaps Kim realises Trump is crazier than he is.

i have suggested this to a few others, that Kim finally realised that the bloke on the other side of the fence was at least is some sense, just as crazy as he appeared, and if he really did have a bigger button, and was pushed hard enough, he might actually be tempted to push it, regardless of what everyone else said (because he doesn't seem to follow the usually accepted norms). I have also heard it stated and likely with some credability that Kim's play is just for more aid. Let's face it, how much will the world pay to avoid a nuclear holocaust? I don't believe Kim care one jot about his people, or whether they are restive or not, he did after all use and anti-aircraft canon to remove an uncle from the picture. What he does care about is how secure is he, and how comfortable is he, and of course for that to be good, all his sycophants will be feeding from that trough too. So here comes the ransom that he is seeking ... the price to avoid a nuclear war. Until that pot runs dry .....

They're keeping the weapons they have, but need to buy some time given that they seem to have accidentally destroyed their last test site https://en.m.wikipedia.org/wiki/Punggye-ri_Nuclear_Test_Site

Yes, there's been a lot of conjecture out there that Kim's softer stance comes off the back of a massive blow to his nuclear program, including the deaths of a significant number of people working on it: https://www.reuters.com/article/us-northkorea-missiles-tunnel/tunnel-col...

Rocket Man doesn't need to sabre rattle any more ... he's proved his point ... they have " the bomb " ... they've joined the small club of countries who can boast of possessing the ultimate weapon of mass destruction ...

The trump stimulus is working well. With Larry kudlow on board it will gain further momentum
As I don't live in the USA I could not care less about his domestic policies and the economic policies are a nett positive to NZ.

Nice to see a little balance in the debate. Trump is pretty objectionable and has plenty of weaknesses but he is not entirely bereft of good points. Keep up the diversity of viewpoints interest.co.nz - good work!

Trump went off to play golf , rather than respect the former first lady Barbara Bush by attending her funeral ...