Ardern and Parker avoid US-China crossfire while talking trade; Commit to consulting with public on what should and shouldn't be in free trade agreements

Ardern and Parker avoid US-China crossfire while talking trade; Commit to consulting with public on what should and shouldn't be in free trade agreements 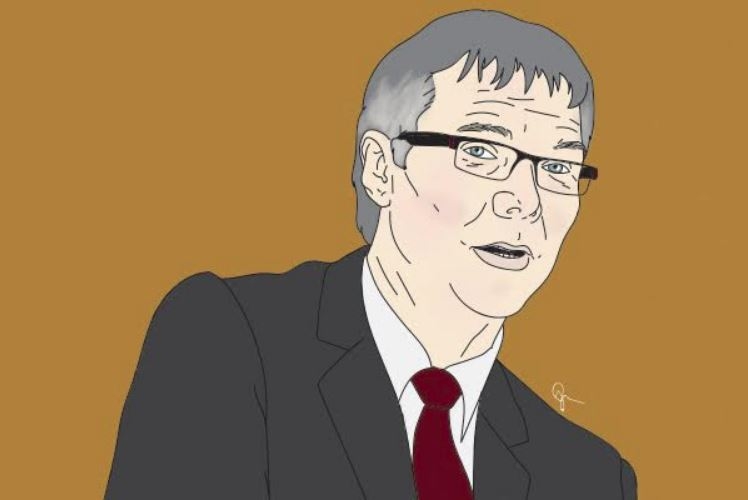 The new Government might be banning foreign property buyers, but it’s tackling the rise of protectionism head-on with the utmost diplomacy.

Delivering speeches and fielding contentious questions from delegates and journalists at the China Business Summit in Auckland on Monday morning, Prime Minister Jacinda Ardern and Trade and Export Growth Minister David Parker managed to talk up New Zealand’s 10-year-old free trade agreement with China (which is in the process of being updated) without throwing stones at either China or the United States for the instability they’ve caused by their trade war.

Ardern and Parker got through a 90-minute address between them without coming close to provoking either beast. How?

2. Keeping the focus on New Zealand

The message they made clear was that New Zealand is committed to the international “rules-based order”.

In other words, New Zealand is committed to the values of free-trade enshrined in organisations like the World Trade Organisation (WTO).

Asked by interest.co.nz whether he was directing this message more towards China or the US - both of which skip to their own beats, often flagrant in their disregard of any sort of international “rules-based order” - Parker said he wasn’t addressing either in particular.

“As a little country, particularly, we are reliant upon the international rule of law in regard to trade. We can’t flex our muscles and get people to react, because we’re a very small country. Therefore we need the rule of law to stand up for us.

“It’s plainly in New Zealand’s interests that the rule of law and trade is maintained in a way that’s fair to all countries - big and small. So it’s fair trade rules that determine outcomes, rather than raw power.”

Pressed by another journalist on the matter, Parker acknowledged he had specific concerns about the US vetoing new appointments to the WTO Appellate Body - a situation that’s caused a crisis at what is effectively the supreme court of world trade.

Yet he said: “We do understand some of the US concerns that lie behind that blockage. They have at times been worried that the Appellate has gone further than is its remit and they’ve been concerned to push it back to a more core role.”

Parker then dodged a question on whether concerns around the US provided common ground for New Zealand and China to be more closely aligned.

“The US has been a long-standing proponent of open and free trading relationships with the rest of the world and we see it as an important contributor to the international rules-based system including the WTO,” he said.

Parker acknowledged it was difficult for New Zealand to navigate the trade tensions before it, but said: “We resort to our long-held, independent foreign policy, which sets the way in which we react to individual events.”

‘Not singling out any one state’

Ardern towed the same line when asked to comment on the former US Secretary of State Hillary Clinton last week questioning the level of influence China has in New Zealand.

“Our relationships will be determined by our own independent foreign policy regardless of the reflection of any other of our long-standing diplomatic relationships,” she said.

She then went on to say New Zealand was careful about “not singling out any one state agent” in the “global” conversation about “foreign interference”.

She also said New Zealand wasn’t the only country affected by these issues.

Again, not naming names and keeping the focus on New Zealand, Ardern responded to a question on Chinese influence in the Pacific by saying, “We need to start taking responsibly for our own relationship, regardless of the relationship the Pacific may have with others…

“We have had a donee/donor relationship. We haven’t perhaps built the mature relationship we should have. And of course, as a result, there are a number of other Pacific relationships we have with others.”

Finally, thrown a thorny question from an audience member about what she was doing to stand up for the Chinese migrants in New Zealand who have made a significant contribution to the economy, but face animosity from some in the community, she dragged the issue away from Chinese migrants to talk about migrants in general.

“The role of migration in New Zealand is self-evident and incredibly important.”

Ardern then broadened the issue out even further, saying, “Everyone who chooses to call New Zealand home for the long term [should have] the same access to the things that we consider fundamental to having a decent good life…

“A lot of the debate we’re having at the moment is because there hasn’t been enough planning around the population growth that we’ve had - people who have come up from our regions into Auckland, or who have come from offshore.”

Avoid singling out specific countries; bring the conversation back to safe domestic issues - this proved a successful way for Parker and Ardern to navigate what is a particularly volatile international landscape.

They delivered a strong message around New Zealand’s commitment to trade and the multilateral organisations that preserve it, without so much as giving journalists a headline grabber on China or the US.

The impression they gave was that New Zealand continues to be safe hands on the world stage; neither a new government nor the rise of protectionism causing New Zealand to change tack on the foreign policy front.

However, something the Government is doing differently is that it’s taking a new approach to getting New Zealanders on side its trade agenda to prevent a nationalist uprising as seen in the likes of the US and UK.

Parker said the Government would soon start consulting with the public on what should and shouldn’t be in free trade agreements.

Asked to expand on this, he gave the example: “Last year the Government changed its view on whether we should be promoting investor state dispute settlement clauses in agreements, because we recognised there was wide-spread public concern about them; that they had become a lightning rod for anti-trade sentient and that it was hard to justify overseas investors in New Zealand having a greater right to sue the Government than a New Zealand-based investor.

“So we want to have a talk about the aspects of trade that concern, we want to explain how we see issues and improve public understanding of trade issues.”

The extent to which in reality this “consultation” has any effect on the way the Government negotiates free trade agreements, is yet to be seen.

Yet it seems Parker and Ardern are aware they will need to be as diplomatic when dealing with their constituents as the New Zealand China free trade agreement is updated, perhaps as they are dealing with superpowers around the world.

Diplomatic & smart
If only the clown Trump would adopt such pragmatism
This new govt looks good from where I am
Perhaps the govt could have a competition worldwide to work out the best option to deal with Aucklands housing problems and severe indebtedness ?
They appear just about as perplexed as the Nats on how to deal with this iceberg of Auckland City debt
Nth America has the best Lexus lounges perhaps place competition details there ?

focus on trade and do not try to impose your value and view of world on others with totally different historical path.