The Co-operative Bank cuts most of their home loan rates with three of them now market-leading. They also made matching term deposit rate cuts

Personal Finance
The Co-operative Bank cuts most of their home loan rates with three of them now market-leading. They also made matching term deposit rate cuts 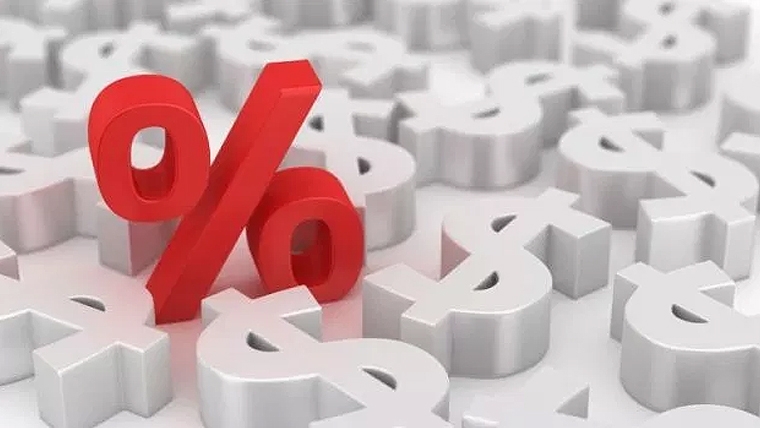 The Co-operative Bank has trimmed almost all their fixed rates, the latest bank to cut.

And their four year and five year fixed rates have been reduced by -10 bps as well, also to market-leading low levels of 4.19% and 4.29%.

We are in an in-between period ahead of the Spring real estate season which will kick off in just a few weeks. We are expecting eye-catching rates as banks work hard to win their share of what could be a lower-than-normal sales volume period

The next threshold, given the aggressive flattening of the curve in both the wholesale market and the retail term deposit market, is likely to be sub-4% rates all the way out to a fixed five year term.

At the same time, The Co-operative Bank has cut all its term deposit interest rates with the reductions ranging from -10 bps to -15 bps. For the popular 6 month term the cut is -10 bps, and for one year it is -15 bps.

Kiwibank was the first to realise ( or perhaps, openly admit, are better words!) where future rates would go when they made their audacious cut to 4.29% fo 4 years some months back. Now that the rest have followed in other areas, and CoOp have stolen their thunder, would we be surprised to see 3.99% from Kiwibank out to 5 years in the immediate future? No. But there's still a trapdoor underneath these mortgage rates and at some stage, the leaver is going to be pulled....

Of course, they will! The only difference between us is how we expect the underlying price of the assets reacting. You see 'stability to a gentle rise' in property prices; I don't. I see anything but stable or gentle or a rise headed our way...

Rich coming from you and the mrs2thepoint character.

Four weeks ago you were saying in comments here that banks wouldn’t dare be giving out 3.60-3.25% mortgages at the time. Yet they were, because credit demand was dropping rapidly at the time, faster than the marketing dept could keep up, now you know why.

Tumble, tumble, tumble. Mortgage rates have a lot further to drop, take a look at the Ozzy banks they're already down to 2.79% for a 1 year fixed with a 90% LVR soft lending. I know they have much more competition but it just goes to show how desperate they are stave off negative equity, since a lot of Ozzy home owners are having to come off "Interest Only" mortgages and pay much larger amounts in "principle and interest" mortgages.
See the attacked link for Australian mortgage comparisons: https://www.finder.com.au/greater-bank-great-rate-fixed-rate-home-loan?…

Don't get suckered into the advertised face interest rates for Aussie mortgages. They all only come as part of 'packages' and those packages all have substantial fees and other hooks. In New Zealand, those extra cost commitments are absent (at present). It has its own issues, but the fairest way to compare Aussie fixed home loan rates with New Zealand offers is to use their "comparison rate" disclosure.

On that basis, the advertised Aussie 2.79% rate really is equivalent to a New Zealand rate at 3.95% - and at that level, its not that different to what we are being offered. In fact, that "2.79%"/3.95% rate is only available from the regional Greater Building Society in the NSW Hunter Valley. It's not a national offer.

The lowest offer from a major is from Suncorp at "2.99%" and a comparison rate of 3.84%. Again, not as good as the net-net Kiwi rates from some banks and otherwise very similar. (Notice how the Suncorp comparison rate is actually lower than the Greater one, even though the face rates are now. Fees, fees and fees infect Aussie mortgage offers.)

Thanks David, But looking at the more main stream Australian banks that operate here as well such both ANZ & Westpac are currently are offering a 3.18% 2 year fixed at 95% LVR. All I'm saying is that rates are likely to drop even further over the next year or so.
ANZ: https://www.finder.com.au/anz-breakfree-home-loan-package-fixed?purpose…
Basically the Australian banks are dropping their rates and are entering in to "Soft Lending" (Soft lending can also led to dodgy lending) that's what let to the 2008 GFC. This is helping the Australian housing market to pick up again for now. They allowed millions of home owners to go on to Interest Only mortgages so they could compete with Foreign Buyers when their housing markets were booming. Now the Ozzy banks are having to shift customers on the repayment mortgages "principle and interest" since there's not so many Foreign Buyers due to China's crack down on capital flight and leaving the Ozzy housing market is in a bit of a mess.

Not sure you are quite right there David.. the comparison rate is massively skewed for a variety of reasons. Firstly it will use a floating rate after the fixed rate that no one will actually roll onto (they will then refix or negotiate lower floating/move banks). It also includes other costs.. which is fine.. but it costs them into the rate based on a loan amount on 150k, when loan sizes are in fact far larger than that in most cases. And finally.. there are plenty of providers showing comparison rates that are similar or close to the headline advertised rates. EG Ubank (basically Nab) are offering 3.09% variable with a comparison rate of... 3.09%. However.. when talking kiwi rates.. we should factor in cash backs which can save up to 30 basis points, so the gap isnt quite as large as it seems

But what about loose lending practices? Anyone care to comment on whether banks have been tightening or loosening lending criteria? Have the pre-mortgage checks become more or less vigorous? Are certain banks more stringent than others? Are banks scrutinising expenditure? Reducing multiples?
Carded rates are one thing, but if there is any sign of an impending credit crunch, it will show up here.

I can tell from my recent experience that the banks are marginally more cautious. They do consider debt to income ratio (and their range is 5 to 7 times your gross income i think) and they are more sensitive to other debt. It seems that their practice is to demand their lender repays their other debts. But they do not seem overly worried about the value of the property.
My financial position is relatively strong. So I guess for someone with a bit shakier position, this would cause a bit of a challenge. So banks seem to prefer lending to people who do'nt need money a bit more than before.

It seems we’ll be joining other parts of the world with zero or below interest rates. It’s spurred me to research more what’s happened in Japan over the past 20-30 years. Seems we’re heading for similar, and Ray Dalio certainly thinks so. Zero interest rates and QE for years and years, with not much positive impact, and low investment returns. Japan and Europe are already there. Other developed economies to follow?

OCR at 1% floating rates at 4% banks just play stupid, or are we the stupid ones?