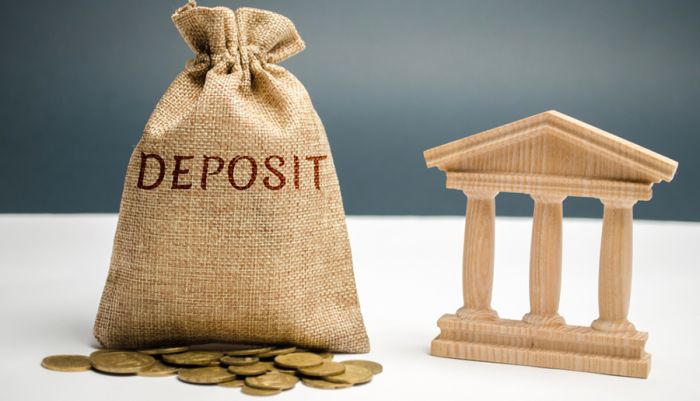 The New Zealand Government's planned introduction of a deposit insurance scheme will reduce the risk of a run on the banking system, according to S&P Global Ratings.

In a banking industry country risk assessment of New Zealand the credit rating agency suggests confidence in bank deposits is high, with deposits proving stable over the past two decades, including after the Global Financial Crisis (GFC). S&P notes that, although NZ currently has no depositor protection scheme, the Government announced plans to introduce one in June.

The proposal is for the regime to include a limit of between $30,000 and $50,000, which the Government says would cover 90% of individual bank depositors and 40% of funds in NZ bank deposits.

"While the insured amount proposed is toward the lower end of international peers, the introduction of such a deposit insurance scheme will bring New Zealand in line with other developed nations that have a scheme," S&P says.

"In our view, the absence of a deposit insurance scheme heightens the risk of a run on the banking system."

S&P goes on to point out that the government hasn't yet made any announcements on how the regime will be funded, with more detail expected next year.

The credit rating agency estimates, that at a banking system level, core customer deposits represent about 51% of domestic loans, with about 62% of bank funding stemming from deposits with the household sector providing about 65% of these deposits.

"Strong growth in deposits relative to credit was a key driver of the improvement in [bank] funding resilience in the years immediately after the GFC. In fiscal 2017 and 2018, customer deposit growth continued to outpace lending growth, further supporting this trend. However, as of June 2019, deposit growth fell below lending growth for the first time in two years," S&P says.

"Banks' dependence on offshore borrowing has reduced since 2010 due to lower credit growth, a strong inflow of customer deposits, and the introduction of an APRA directive for the Australian-owned New Zealand major banks' requirement for banks to reduce their intragroup funding to their Australian subsidiaries."

"The major commercial banks have resilient capital and liquidity buffers but their wholesale funding needs are rising again. Nevertheless, increased use of offshore funding exposes the banking system to international risks that could significantly increase the cost of funding or reduce its availability," S&P says.

"Following two years where household deposit growth exceeded credit growth, thereby reducing the banking system's reliance on market funding, the trend reversed in the last six months reflective of the low interest rate environment and investors search for investments with higher yields than bank deposits. The higher deposits through fiscal 2017 and 2018 decreased the volume of funds that banks must raise offshore, given New Zealand's relatively low domestic savings rate and small capital markets, and has helped to reduce the banks' vulnerability to international risks that could increase the cost or reduce the availability of funding."

S&P places NZ's banking sector in group four under its Banking Industry Country Risk Assessment (BICRA). The other countries in group four are Estonia, Iceland, Ireland, Kuwait, Malaysia, Mexico, Poland and Saudi Arabia. Australia is in group three alongside Denmark, France, South Korea, the Netherlands, Chile, the Czech Republic, the UK, and the US.

The anchor SACP for banks operating only in Australia is 'bbb+'.

"We consider that the risks facing New Zealand's financial system have stabilized, reflecting the slowdown of a rapid rate of increase in house prices and private sector debt, and the credit cycle maturing. In our view, the key drivers in the slowdown in house prices and credit growth are tighter bank lending standards and macroprudential tools the Reserve Bank of New Zealand  implemented. Although New Zealand banks remain exposed to risk emanating from the rapid growth in house prices and private sector debt in recent years, the ongoing orderly unwinding of imbalances in the housing market over the past two years has reduced the risk, in our view," says S&P.

"Nevertheless, New Zealand banks remain exposed to the economy's external weaknesses - in particular its persistent current account deficits, which we expect to be in line with historical levels of about 3% to 4% of GDP, and high level of external debt, at about 170% of current account receipts," says S&P.

"The New Zealand Government's planned introduction of a deposit insurance scheme will reduce the risk of a run on the banking system, according to S&P Global Ratings". Yes it's a very good insurance that most Western banks have for their customers, can you just stop faffing about and get on this implementing it already!

What's the point? If The Government ever has to pay out on this 'insurance' that $50,000 will probably buy very little. The fact that 'things are so bad' that one or more of our Big 4 fail, then the currency will be worth very little. After all, that's what we are talking about, because arranged marriages between them and any smaller troubled player will materialise if the latter gets into strife - eg: even when the BNZ faced collapse - for the 4th time? - 20 odd years ago, the NAB stepped up.

What do you mean,'What's the point'? The point is to protect the capital of depositors up to an agreed level and it has nothing whatsoever to do with rate of exchange.
Why do you think every other country has such a scheme? i suggest you go and look at what happened to Northern Rock in the UK in late 2007. If one of our big banks is in trouble,then rumours,true or false will reach the market,with the very real chance of a run on the bank and contagion then taking hold. In that case, any government would have to step in and guarantee deposits. The sooner we have this scheme in place,the better.

The proposal is for the regime to include a limit of between $30,000 and $50,000, which the Government says would cover 90% of individual bank depositors and 40% of funds in NZ bank deposits

The credit rating agency estimates, that at a banking system level, core customer deposits represent about 51% of domestic loans, with about 62% of bank funding stemming from deposits with the household sector providing about 65% of these deposits.

"In our view, the absence of a deposit insurance scheme heightens the risk of a run on the banking system."

Which begs the question, who claims the balance of bank liabilities (deposits?) offsetting declared bank assets not claimed by households and individuals? Could they start a bank run? In my only bank run experience as an inside observer, Continental Ilinois was brought down by large commercial banks (one being mine) in London and later in New York refusing to rollover credit line demands and withdrawing deposits.

Absurd.
The deposit insurance scheme should be the same as Australia.

Orr, who is capable of taking unexpected actions, should lead this move to introduce Deposit Insurance and show the Banks who is the Boss. Pronto.

Totally criminal that the NZ Govt ( no matter who it is) has not implemented this 20 or 30 years ago. It is such a proven system throughout educated banking countries and pays for itself the longer it is in effect. Even having to debate it shows such an irresponsible lack of education by banking oversight authorities it makes you wonder how NZ is able to regulate anything. And yes, up the limit to something that makes sense, not a paltry $50,000. Incredibly naive of all past governments.

OBR already has facility in place for deposit insurance - look at the de minimus requirements and the fact that the Statutory Manager (ie Crown) guarantees the debts after haircut.