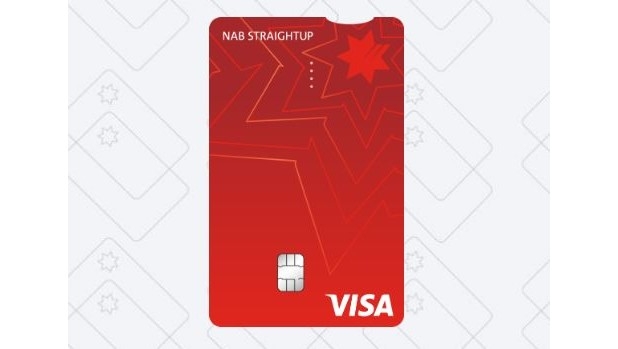 National Australia Bank and Commonwealth Bank of Australia, the Aussie parents of BNZ and ASB respectively, have hit back at the buy now pay later sector with no interest credit cards.

NAB was a day ahead of its rival on Wednesday, launching the NAB StraightUp Card, followed by the CommBank Neo on Thursday. The zero rates compare to 20% interest rates on some credit cards.

NAB says for a flat monthly charge, it's offering credit of up to A$3,000. Customers don’t pay the monthly fee if the card is not used and there are no other fees or charges. Thus no interest, no annual fees, no late payment fees and no foreign currency fees. The monthly fee will be reversed if there's nothing owing and the card hasn't been used during the relevant statement period.

The NAB card can be used anywhere Visa is accepted, online or in-store, and with all contactless payment options, including Apple Pay, Google Pay, Samsung Pay and NAB Pay. It offers no gambling or cash advances.

Rewards are, however, on offer.

“CommBank Neo will also offer access to discounts and cash back offers with a range of retailers through CommBank Rewards," says Angus Sullivan, CBA’s Group Executive of Retail Banking Services.

"These rewards offer eligible customers real benefits through CommBank Neo as they provide access to cashback offerings from a range of retailers. For example a customer may receive a $15 cash back offer when they spend at one of the 80+ retailers. This makes the monthly fee even greater value for CommBank Neo customers."

Eligible customers are CBA credit or debit Mastercard customers who are at least 21 years old,  are not in hardship, and are not in default with any CommBank accounts. There are minimum spending requirements.

"Unlike Buy Now Pay Later services, NAB StraightUp Card offers a continuing line of credit, is available to use anywhere Visa is accepted, has no late payment fees, and allows customers to repay balances over a longer period of time. Along with the no use, no pay feature, the NAB StraightUp Card also has lower credit limits than most credit cards and higher minimum repayments to help customers take greater control of their debt," Slade says.

Slade told the AFR its new card is a response to what's behind Afterpay's growth, being Millennial customers wanting to reduce their use of interest-bearing cards in order to keep a lid on debts.

NAB's card has launched while CBA says its one is coming later in the year, with CommBank Neo Business for small business customers to follow early in 2021.

The beginning of the end for Afterpay and ZIP. The BNPL sector also now has the might of Paypal joining the fight. Tough times ahead.

Agreed, I'd be taking profit on any BNPL stocks if not dropping them completely

Apex is looking at things through an investment lens, not a consumer behaviour lens I think. The BNPL stocks are looking a little more risky as the big players start to circle. The consumer behaviour is already proven, it just means there's some bigger mouths wanting a chunk of the pie

Apex is looking at things through an investment lens, not a consumer behaviour lens I think

In that case, he or she doesn't know what he's talking about. If the consumer wants a BNPL solution like AfterPay and not a credit card trying to offer a 2nd-best solution, then that it is the value proposition. There is no 'investment lens' when there is no demand for a product or a service. It all starts with the conusmer.

I sure hope you're not in the stock analyst industry cos you haven't got a clue. More providers of the essentially same service to a relatively fixed market equals less margin which equals less profit. Most people get that.
The banks and PayPal are infinitely better financed than AfterPay, ZIP, LayBuy or others. This is just a first shot.

I sure hope you're not in the stock analyst industry cos you haven't got a clue. More providers of the essentially same service to a relatively fixed market equals less margin which equals less profit. Most people get that.

What you fail to understand is AfterPay and credit cards treat the merchant differently. One is much more expensive than the other. This could lead to merchants refusing AfterPay access to their customers. Apex was making a valid comment about increased risk to the BNPL stocks which I agreed with. No one is stopping you buying AfterPay (or others)

Wrong. That is what I understand very well. APT is moving the cost of sale from consumer to retailer. And this business philosophy is based around the premise of shopper marketing. For ex, if a retailer or manufacturer wants to drive incremental sales, they often resort to promotions or price discounting. That means the marginal cost on each incremental sale increases, thereby reducing margins and proifts. However, this is a sign of the times if businesses want to survive. In fact it has been like this quite some time. APT is effectively another "cost of sale" that can be more effective for retailers. The APT solution has been developed based on shopper attitudes and behavior ("can I pay for it and what will it cost me"), particularly of younger shoppers. And you probably don't understand how price discounts and promotions are ultimately more destructive for retailers. APT works on a different, simple and effective premise.

I don't need a lesson in APTs business case from you. The fact that there is an increased cost sheeted back to the retailer by APT vs no extra cost from the Banks is why there is a heightened risk to all the BNPL stocks. Which is what Apex and I commented about.

It seems that you do need a lesson because you don't seem to understand the value proposition from APT to retailers in terms of driving incremental sales without discounts or promotions. Furthermore, you don't seem to understand why a shopper would adopt APT. And that is what I originally said: the value proposition is based around what the shopper actually wants or needs. That is the basis of why APT has been successful to now. APT is delivering to a segment that credit cards doesn't. This is why the adoption of APT has been strong among shoppers.

APT has had strong adoption because it was a "disrupter". I don't know why you can't understand that I'm not disputing their model. I also can't understand why you refuse to accept that with more competition in BNPL space, APT now is not as attractive an investment case as it was originally, and is materially overvalued. WHICH IS WHAT APEX AND I WERE TALKING ABOUT ..FFS!!!
Go read why here: https://premium.morningstar.com.au/investments/ST/XASX/APT/0P0001B63X/t…

APT has had strong adoption because it was a "disrupter".

Right. Consumers (and retailers) adopt new solutions only becuase they perceive value and because they're not satisfied with existing solutions.

I also can't understand why you refuse to accept that with more competition in BNPL space, APT now is not as attractive an investment case as it was originally, and is materially overvalued.

APT was first to market so they have an advantage. And their proposition is different to what the mainstream banks are offering. Different business models entirely. As to whether or not the business is overvalued is beside the point.

"As to whether or not the business is overvalued is beside the point." That's exactly the point. The same point Apex and I were making before you jumped in with your stubborn, blinkered and incorrect interpretation of our comments which were from an investment perspective. Go read the link and educate yourself

We're not talking about "other businesses" or, strictly speaking, only APT. You're the one that started the APT thread, I was referring to the whole BNPL sector originally. If you think APT is undervalued then by all means invest in it.

Adding to what I said above - everything you say about APT (whilst correct) is now being adopted and replicated by many others in the same space with less reliance on debt funding.

Well yes. Uber was first to market across Asia, but have now been surpassed by Grab. Such is the nature of innovation.

It's not 'interest free.' It's only interest free if you don't use it. It's not clever marketing. It looks desperate.

The article states a fee is charged at different levels. I would not define this as interest as a rate is not applied to the outstanding balance e.g. you pay a $10 monthly fee if the balance is $100 or $1,000.

It's a 'cost of credit' to the consumer and a 'cost of sales' to a retailer. It's not complicated.

Money is just free....Bank hopes a number don't pay back for consecutive periods so a high % penalty kicks in of some description.

Seems to be better than the current crop of cards, which penalise hugely if full payment is not made by due date every month. The fees work out to annual interest of around 12/13% on the limit. It is like a permanent personal loan with regular interest only payment. A scaled down version of interest only home loan, at a higher interest though.

And far worse if you do pay in full each month, because the annual fee on the current cards is fairly low and can be offset by rewards, and you can have a much higher credit limit on them.