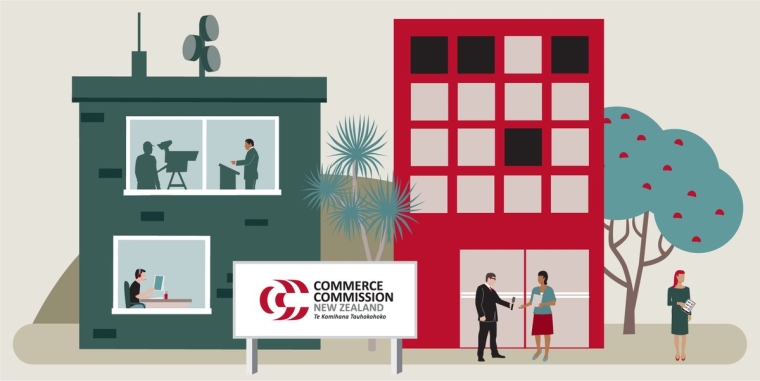 The Commerce Commission has warned BNZ that it "likely breached" responsible lending and disclosure obligations under the Credit Contracts and Consumer Finance Act (CCCFA), with the bank saying it has made "goodwill payments" of $350 to every customer affected.

The warning comes after BNZ itself reported 15 potential CCCFA breaches to the Commerce Commission in 2018. These issues related to certain home loans, personal loans, credit cards and overdrafts entered into or varied between 6 June 2015 and 24 February 2017, with 11,956 customers affected. In late 2018 BNZ refunded about $3.8 million in interest and fees to borrowers affected by these issues.

"Following its investigation, the Commission has warned BNZ that it is likely to have breached its obligations under the CCCFA," the Commerce Commission says.

“In the Commission’s view, BNZ failed to meet the requirements of the CCCFA including by making errors when delivering information required by the Act. For example, in some cases BNZ provided incomplete or inaccurate disclosure, and in other cases disclosure was provided a day, a few days, or as many as seven months after the information should have been provided to borrowers. We expect lenders to regularly audit their systems to make sure that they can comply with consumer credit law, or quickly identify problems if they arise, fix them and provide appropriate remediation to borrowers,” said Commerce Commission Chairwoman Anna Rawlings.

"BNZ has co-operated with the Commission throughout the investigation, and in September 2020 it refunded $350 to each borrower affected by its likely failure to meet responsible lending obligations. This amounted to a total refund of more than $1 million to more than 2,300 affected borrowers."

“BNZ has identified these matters itself and reported them to the Commission, made remediation payments to its customers and made system changes to reduce the risk of issues like this arising in the future. Taking into account those steps, and consistent with our Enforcement Response Guidelines, we have decided that it is appropriate to issue a warning to BNZ for this conduct,” said Rawlings.

In 2018 BNZ said it was refunding more than 10,000 customers about $3.8 million due to what it described as "errors made with documentation" dating back to 2015 following changes to the CCCFA.

And BNZ issued the following statement on Wednesday.

Bank of New Zealand (BNZ) confirmed today it has made goodwill payments to customers affected by historic errors in home loan documentation.

The mistakes were caused by systems and process issues in 2015 and were discovered during an internal investigation. BNZ voluntarily self-reported the issues to the Commerce Commission in 2018 and has been working constructively with them since.

BNZ has decided to make goodwill payments of $350 to every customer affected.

BNZ Executive, Customer, Products and Services, Dan Huggins, says, “We sincerely apologise to every customer affected by this and we deeply regret the errors. We hold ourselves to a high standard and in this case, we missed the mark.

“While no customer was out of pocket or raised any concerns with us, it’s possible people may have been confused by the errors in their documents, so we’re putting it right.

“When we make a mistake, our focus is always on ensuring we fix the issue as quickly as possible and make it right for our customers,” says Mr Huggins.

Customers do not need to do anything. The vast majority of customers affected by these errors will have already received a letter confirming this and their payment. A small number of payments and letters will be processed over the next few days.

Wow, a warning: surely the bank must be shaking in their boots. Looking at the Commission's annual report, doesn't seem like costs associated with investigating these entities are clawed back when breaches are identified unless penalties and litigation fees arise; thrilled to know these breaches from large corporations are taxpayer-sponsored.

Let's hope at least a handful of those tens of thousands of high-paid jobs created in the public sector are regulators and investigators with the relevant skills.