Kiwi savers may grumble about how much lower than inflation after tax returns are here for term deposits, but in Australia it remains dire for their savers

Personal Finance / opinion
Kiwi savers may grumble about how much lower than inflation after tax returns are here for term deposits, but in Australia it remains dire for their savers 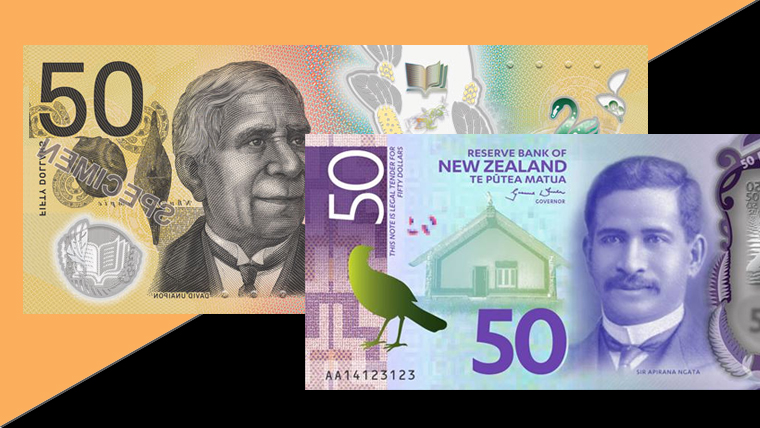 We looked at our current term deposit rates recently. Now we want to compare it to what our big cousins get offered.

We may be unhappy with the returns we are getting from our term deposits, but at least we are not Australians.

They continue to do it very tough.

Australians have household deposits at banks amounting to AU$1.211 tln, representing 57% of Australian GDP. Just over 75% of those deposits are at the four pillar banks.

In comparison, New Zealand households have NZ$419 bln deposited at our banks, representing 122% 62% of New Zealand GDP.  More than 90% of our total deposits are at those same four pillar banks.

One key difference is that Australia already has a deposit guarantee in place. That currently protects up to AU$250,000 per account per institution.

There is no equivalent protection currently in place in New Zealand, but one is proposed. New Zealand won't have its deposit guarantee in place until 2023. When it is, it will protect deposits up to NZ$100,000. But it isn't yet clear whether this will be "per account, per institution" because the details haven't been released on that.

Deposit guarantees cost someone, and those costs get deducted from returns paid to savers. And when 'risk' is removed, there is little incentive to offer any premium. Returns tend to revert to 'risk-fee' levels, and in New Zealand that is best indicated by Kiwi Bond interest rates.

The corrosion of inflation is different however. In New Zealand the official CPI was last recorded at 4.9%; in Australia at 3.0%. So that answers some of the variation between the two countries. However, inflation is a moving target and the December data is due to be released soon in both countries. Both will almost certainly rise, but the difference may well close.

Monetary policy is being prosecuted very differently in Australia than New Zealand. Australia's monetary authorities are 'doves', preferring to hold official interest rates very low at 0.1%, and they have signaled they will stay low until 2023 or 2024. They don't seem worried about the return of inflation and are holding extreme stimulatory policies in place to keep their economy ticking over. New Zealand's policy approach is quite different and 'hawkish'. The focus here is shifting to wind back the stimulus, and to normalise the cost of money. New Zealand authorities are concerned about the rising inflationary pressures, and seem to have achieved their labour market remit which allows for unwinding of emergency policies. Our official interest rate is now up to 0.75% and is on a track to 2.50% over the next two years.

'Financial repression' is a thing, one that is operating in both New Zealand and Australia. But it is much less fierce here than there. In Australia, the repressed cost of money remains extreme.

While there is increasing commentary in Australia expressing skepticism about how long they can maintain their easy-money policies, the RBA has in fact been resistant to change for a long time now, ignoring those pressures. The Aussies still see the inflation pressures as transitory, saying they are looking through the temporary higher prices. And don't forget they have an election coming up in 2022 so it is in the Federal Government's interest not to raise interest rates before that. Mortgage pain is perceived to be 'worse' than savers pain.

Compared to our Australian cousins who are savers, Kiwi savers seem to be in a much better less-worse position.

An easy way to work out how much extra you can earn is to use our full function deposit calculator. We have included it at the foot of this article. That will not only give you an after-tax result, you can tweak it for the added benefits of Term PIEs as well. It is better you have that extra interest than the bank.

And here are the equivalent Australian term deposit rates. Remember, they have deposit insurance guaranteed by the Aussie government. But at these rates, it may not seem like much of an advantage.

Does this not normally mean the NZD should be stronger against the AUD than it currently is?

Why has the NZD been dropping against the AUD?

Looks like ASB is the worst of the bunch.

National house prices rose 22% in Australia compared to 26% in NZ in 2021- another one-up to celebrate although I suspect we could had done better!

I'm with ASB but pretty sure if you ring them they will also give you 2.20% for 12 months. For 2022 I think most people are expecting single digit gains. It is however still looking like house prices will go up and not down.

Increasing the cost of living in NZ is not a win.

Given that most wage earners are saving via KiwiSaver or in Aussie Super, the Australian worker is saving 9.5 to 17% into Super (on top of gross with no deduction) while the kiwi poor cousin is saving 3% deducted from their wages (+ employer 3% (taxed)) then the average Aussie saver is way ahead regardless of term deposit or cash rate differentials.

Slightly better term deposits are pretty marginal within that context, as well as many other financial aspects which are superior in Aus.

Mind you, a recent Sky Business panel was discussing and admiring the universality of our Kiwi Super scheme.  As a higher percentage of kiwis are working after age 65 than Australians due to the penalties on the Aus Pension.

Super contributions in Australia are taxed at 15% going in.  There are exceptions to this, but this is the standard rate.

However,,, your Aussie superannuation contribution gets taxed with a 15% contribution tax courtesy of the ATO.  So for every 100 of your now 10% that is paid by your employer. $15 gets taken out.

Didn't someone say housing is a solid choice when inflation kicks up?

I wonder how many cashed up individuals will be looking to park their cash in a house to support a bit more growth in the residential market this year??

Just remember to read your terms and conditions when opening a term deposit.

You will find you are an INVESTOR in the bank and NOT a DEPOSITOR.

As such, you have LENT your money to the bank (you are deemed to have done your research and considered the chosen bank to be a good risk investment).

If there is a bank "shock" whereby they need to apply the Reserve Bank "OPEN BANK RESOLUTION", as a term-depositor you are an unsecured creditor. You have less chance of having your money returned to you than you would in a current account.

Is a couple of percentage points worth that kind of risk?

The lack of a guarantee really p!sses me off.

Why should there be a guarantee?

Good question. Why should the Government underwrite healthcare, education etc. NZ is only 1 of 2 countries in the OECD that don't have guarantees. If there was, we'd have more money in retail banks vs Kiwibonds.

Not worth worrying about mate. By the time all the banks crash your living in a Mad Max scenario and bits of paper money are the very least of your problems. You will be left with nothing else to worry about other than why you never got that firearms license and where your next meal is coming from.

Yep if one fails they will all fail as they are all basically the same. If they all fail any guarantee will just be some printed money worth next to nothing. The sensible people would have converted their money to another currency way before any guarantees get paid out.

You are ignoring a long and colourful history of bank failures, often with savers losing money. Cyprus in 2013 is the most recent that comes to mind (although they did have a guarantee, so money was only lost by those with > 100,000 euros I believe).

Banking collapse can happen without societal collapse, and has multiple times.

When the banks stopped in Ireland they just used the pub.

You mean like a returned DD4? Or the ability to dress a tahr that was dropped from 300m? We're OK here.

Yes. As a depositor you lend money to the bank and become a potential creditor. No. OBR does not distinguish between different types of account, so a current account would be treated the same as a TD.

There is no point in locking away money in a term deposit in either country.

Yep, which makes a bit of a mockery of the comparison.

May be the Savers should pray for more inflation, rate hikes by RBNZ which will result in higher rates for their savings ? Because the Banks are not going to reduce their rate spread.

We'll probably get an adjustment of the CPI basket before we get rates rises. The current basket isn't producing the right result.

Why does the webpage keep readjusting up and down when posting?

Is this due to my browser  or the adverts ?