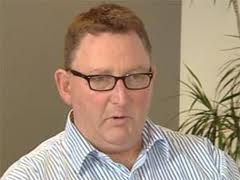 The New Zealand Superannuation Fund, which was set up to help pre-fund a ballooning pension bill for baby boomers, dropped Infratil from its top 10 locally listed investments after Chorus was carved out of Telecom last year.

The fund held $37.3 million of shares in the telecommunications network operator as at Nov. 30, making up 0.2 percent of the fund’s total value, according to its latest update. That pushed out Wellington-based infrastructure investor Infratil from the fund’s top 10 NZX-listed investments, which was sitting at $28.7 million at the end of October.

The fund and Infratil are co-investors in assets including Z Energy. The so-called Cullen Fund, named for its architect former Finance Minister Michael Cullen, shed 0.5 percent in November due to “falling equity markets,” with a closing balance of $17.64 billion.

Since its inception in 2003, the fund has returned 6.7 percent. That’s 1.2 percent in excess to Treasury bills, which it aims to beat by 2.5 percent.

The fund lifted its holding in Melbourne’s CityLink tollway operator Transurban Group to $316.8 million as at Nov. 30, from $293.6 million a year earlier, making it the fund’s biggest listed investment. Last year, the fund participated in a A$2.17 billion takeover of Australian toll road operator ConnectEast Group, putting up A$12.4 million to subscribe to the CP2-led deal.

Are the timber assets held by the fund in nz or offshore?

So these so called invesrment gurus have nothing invested in the best performing asset over the last 10 years - gold.  Any NZ'ers relying on these clowns for their future pension better get a taste for arrowroot biscuits.

Andy, just reading one of Martin Hawes' books where he makes the point buying gold is speculating on the price rising rather than making an investment in an income producing asset. Perhaps the Super Fund managers adopt that view point?

Whereas having 60% of your funds in equities is not speculating?

A fair question I think Andy but hopefully at least most of the equity investments are paying dividends...