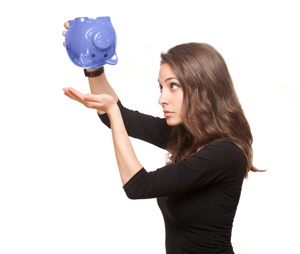 Spending on housing is growing at a faster rate than incomes, according to the latest Household Economic Survey.

"The increase in housing costs was largely due to higher mortgage and rent payments as well as an increase in property rates," Statistics NZ labour market and household manager Diane Ramsey said.

"A really interesting shift we've seen is that a bigger proportion of mortgage spending is going on repaying the principal rather than on covering interest payments," she said.

Average weekly rent payments rose from $273 to $290 over the same period.

All things we consume in terms of cost and imports are rising against our sustainable ability to fund by debt and exports.

The value of imported goods rose $525 million (12 percent) to $4.9 billion, compared with October 2013. The rise was across all three main broad economic categories, led by capital goods (including aircraft, helicopters, and goods vehicles).

Our entire trade surplus wiped out in two months. Forget picking when the OCR will next rise, how about when it will be cut. If the Fed sits on its hands next year, Wheeler will be pushing the down button for sure.

Forget picking when the OCR will next rise, how about when it will be cut.

What!! - to borrow more to spend more than the nation can repay?

The Chinese banks are lining up to pauperise those that have attitudes such as yours.

If we dont drop the OCR we wont have a productive sector for the financial sector to be parasites off anyway.

In a free market that so many right and libertarian wingers want, shouldnt ppl be free to borrow any amount they want even if its sends the Nation bankrupt?

Which in effect is what we have and are doing, all so some in the finance indusrty can get nice fat bonuses, you know it makes that much sense.

Just note however that I think China is a hollowed out mess waiting to implode anyway.  So when we as a Nation default on our loans I cant see them bothering to send a gunboat to get it back, not a 2 way trip anyway.

Not looking at it from a relevering perspective but more in terms of continuing disinflation and the shocking turnaround in net exports.

I'm all for applying more macro pru if that's what is required to keep the property idiocy contained.

But how can this be?  Bill English told us last week that incomes are rising faster than costs.

Are you calling Bill English a liar?

Yes he's a "liar" IMHO, but then I cant say  any of them are any better.  I mean try listening to / reading Labour's press releases, makes you want to puke just as muach as National's if not more so.

And for the semi-compulsory annual rise in some mortgage contracts.