ANZ reduces a series of fees including credit card over-limit fees, unarranged overdraft fees and dishonour fees. Says the move has nothing to do with Fair Play on Fees

Personal Finance
ANZ reduces a series of fees including credit card over-limit fees, unarranged overdraft fees and dishonour fees. Says the move has nothing to do with Fair Play on Fees 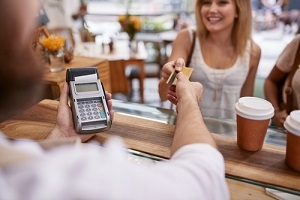 ANZ has announced it will be slashing a number of its fees, some of which were included in the case taken against the bank by the Fair Play on Fees group.

ANZ will be cutting its unpaid bill payment and dishonour fees from November 14, and its unarranged overdraft, credit card over-limit and credit card late payment fees from December 1.

However offsetting some of these savings for customers, ANZ is also dropping the amount that can be overdrawn before it charges a fee to $10 from $20.

The announcement comes a month after ANZ New Zealand reached a “negotiated settlement” with the Fair Play on Fees group, through which the bank did not admit liability and had all claims against it  withdrawn.

An ANZ spokesperson told interest.co.nz Friday's announced fee changes have nothing to do with Fair Play on Fees, a group that claimed it had 14,700 ANZ customers signed up to the case at one point.

“From 14 November, ANZ is automating many, previously manual, payment decisions and processes,” he said.

“We’re making future-dated electronic payments earlier in the day and same-day electronic payments more often during the day. We’re automating payment checking and removing most manual reviews where customers don’t have enough money in their account for the payment.

“Because of increased automation, costs have reduced, so we’re reducing some fees significantly. Our fees will be among the lowest of the major banks.”

ANZ has provided the following summary of its fee changes:

*ANZ's "excess interest" is the normal interest plus 15%.