ANZ and Fair Play on Fees settle bank exception fees litigation with bank not admitting liability, no mention of payout for bank customers

ANZ and Fair Play on Fees settle bank exception fees litigation with bank not admitting liability, no mention of payout for bank customers 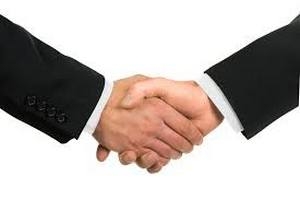 ANZ New Zealand has reached a "negotiated settlement" with the Fair Play on Fees group that launched legal action on behalf of some of the bank's customers in 2013 over alleged excessive fees.

News of the settlement comes after the Australian High Court, that country's highest court, ruled in favour of ANZ in two appeals over fees in July. Although the Australian case was a separate case, and brought against ANZ Australia by a different group to the New Zealand case, Fair Play on Fees' cases against ANZ NZ, Kiwibank, BNZ and Westpac NZ had been stayed pending the outcome of the Australian appeals.

The ANZ-Fair Play on Fees settlement begs the question as to whether the cases taken against the other NZ banks will also be settled. Hooker wouldn't comment.

A Kiwibank spokesman said his bank had no comment "as issues involving Fair Play On Fees and Kiwibank are still before the court." A Westpac NZ spokeswoman said, "We haven’t heard from them for some time. As we have always said, any customers who have queries should contact us direct."

And a BNZ spokesman said, "At this stage we don’t have any further update other than what is in our most recent disclosure statement that the proceedings relevant to BNZ are currently stayed and that the potential outcome of these proceedings cannot be determined with any certainty at this stage."

Fair Play on Fees' action against the banks kicked off in March 2013, with cases ultimately filed against ANZ NZ, Kiwibank, Westpac NZ and BNZ on behalf of thousands of their customers. The group also pledged to sue ASB but never did so.

Fair Play on Fees described the legal action against the banks as the biggest class action in NZ history, and claimed in 2013 that the "excessive" fees in dispute added up to about $1 billion over six years. In 2013 Litigation Lending Services, which stood to receive 25% of any winnings obtained through the legal action, estimated its costs at $3 million to $4 million.

Fees? Cross-selling is where the real exposure is likely to be now: https://goo.gl/NqtAie