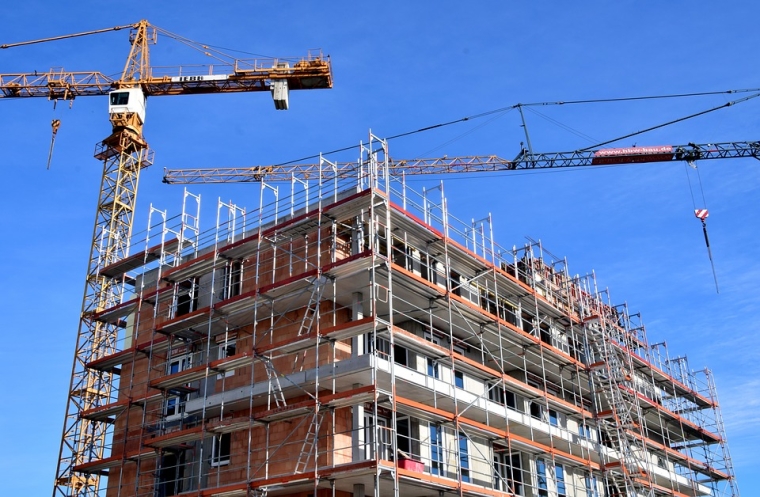 Statistics New Zealand estimates $6.11 billion of building work was put in place in the first quarter of this year, up 15.7% from the same quarter of last year.

However the construction industry was less buoyant in Wellington and Canterbury.

In the Capital, $474 million of new building work was put in place in the first quarter of this year, up just 1.5% compared to the same quarter of last year.

Growth in building work in Wellington has been in low single digit or negative territory for the last three quarters, suggesting building work there has flattened after a period of strong growth from 2015.

In Canterbury the level of building work is still robust but is declining as much of the post earthquake construction activity winds down.

In the first quarter of this year a respectable $931 million of new building work was recorded, but that was down 1.0% compared to the same period of last year.

It was the tenth straight quarter in a row in which building work has declined in Canterbury.

"Construction activity is set to remain strong over 2019, supported by strength in residential, commercial and infrastructure work," he said.

"However, it looks like the peak in the nationwide construction cycle is fast approaching.

Why do I feel like we are going to see a lot of these developers running off to the Overseas investment office for an exemption?
The CAB development just got an exemption recently, having not started doing any work, because only 20% of the units had been reserved after 18 months of marketing.

FHBs are the more active (or less dormant) buyers in the current market. The majority of them are looking for affordable homes and don't have the budget for premium property.
Projects like the CAB development cater to the higher-end of the market; a segment historically dominated by foreign buyers. Hence the quest for an OIO exemption.

Wellington will keep ticking over. Provided consents get processed in a timely manner.

I seen more people with an interest in Auckland. I guess the numbers are stacking up for certain types of building work.

Once this burst of design activity is over then there will be a lot of construction resources that will be tied up for a long time. The peak could easily be this year or 2020 as the article suggests.

What's the likelihood that NZ's construction industry, still relatively healthy, will pick up the spare capacity from the Aussie sector and increase our output here? Given there are a lot of market players that have a presence on both sides of the Tasman, less activity in Aussie could mean some relief to our constrained capacity.

This has honestly baffled me for years

Come on blsh your prejudice betrays you :) waikato and hamtown is an agricultural powerhouse close to Auckland. I have to admit I am biased .... we have actually done better from Hamilton capital gains than Auckland