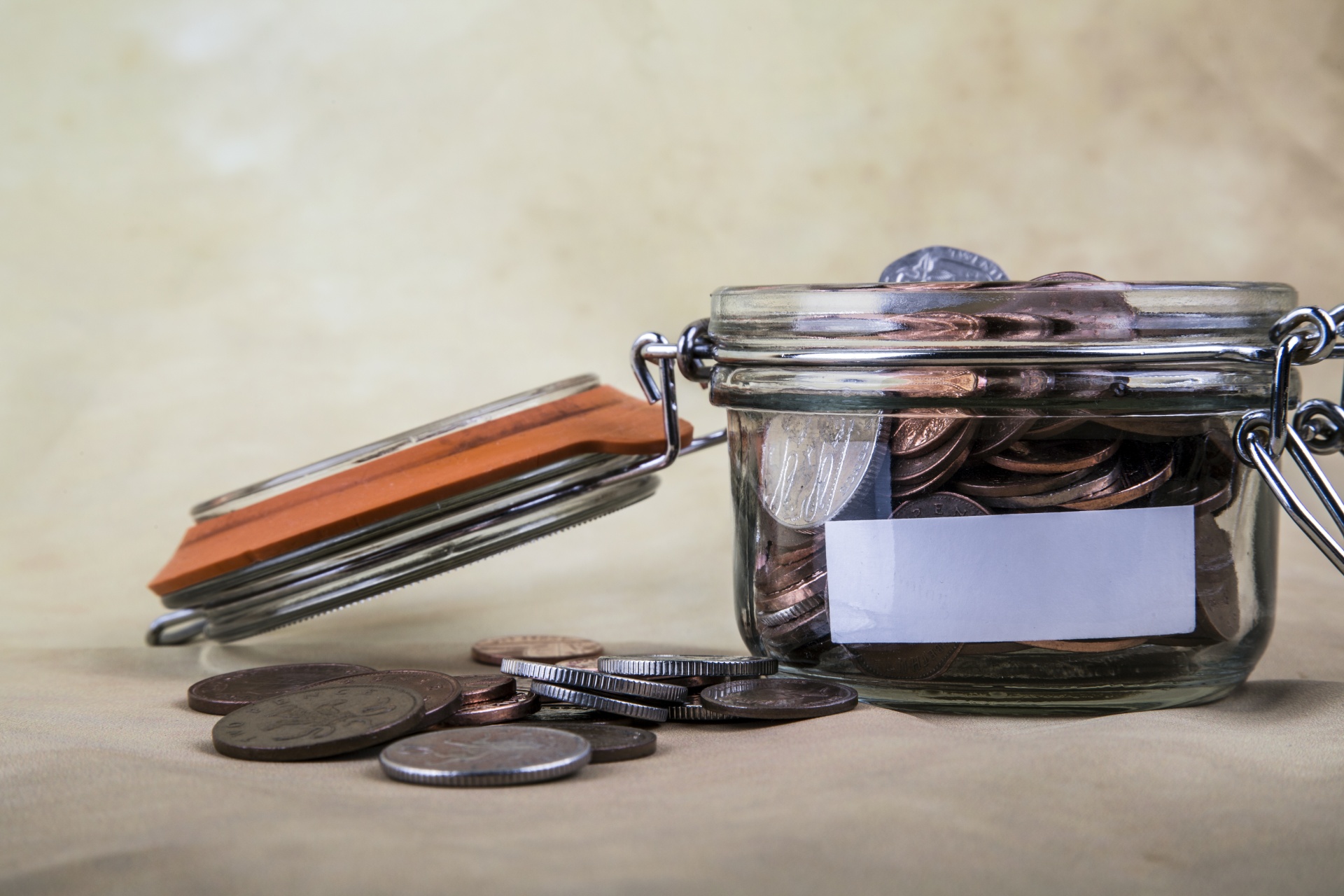 The real estate industry is likely to have lost somewhere between $125 million and $179 million in residential commissions due to the COVID-19 lockdown in the second quarter of this year.

Interest.co.nz estimates the industry earned about $266 million in gross residential sales commission in the lockdown affected second quarter, which was down $125 million (-32%) from the same quarter of last year.

However the loss of revenue may have been even greater than that.

However the news is not all bad, with the market and consequently industry commissions, recovering quickly once the main lockdown restrictions ended.

The month-by-month figures show the estimated commissions dropped to a disastrous $30 million in April, down a whopping 75% from April last year, then partially recovered to $90 million in May which was down 39% compared to May last year. They then shot up to $147 million in June, which was up 20% on June last year.

Since then the market has remained surprisingly buoyant, which would be assisting the industry to recover revenue lost during the lockdown.

On top of that, most real estate agents are employed as independent contractors, which means many if not most would have qualified for the Government's wage subsidy that was available to lockdown affected businesses.

That would have helped many weather the storm during the worst of the lockdown affected downturn.

If the residential property market continues to trade in its current relatively buoyant mode, then it's possible the loss of commission revenue suffered in the second quarter could be made up in the third and fourth quarters of the year.

So the market, and the residential real estate industry, have shown considerable resilience in the face of the difficult conditions they endured in the second quarter of the year.

Have you actually read the piece of propaganda which link you posted? All it says is that now it is ~8% more expensive to hire a RE agent than it was 5 years ago.

Interesting ,a local real estate agent here is telling me they have 6 listings between 12 agents and they are worried,everywhere you look there seems to be conflicting data promoting either a gloomy or positive economic scenario even on the same internet site promoting both perspectives.
No wonder theirs so much confusion out there ,at some point the dust will settle and i get the vibe it isn't going to be positive..

I'd say they're making up for it now.

So who next, to follow The Joneses out of the back door?
Mike Pero Real Estate? LIFO and all of that....

'So the market, and the residential real estate industry, have shown considerable resilience in the face of the difficult conditions..'

Could not have Agreed more though was of the view earlier that with panademic of a lifetime housing and stock market will suffer as economy is bound to fall with all lockdown and unemployment but it seems that everyone failed to realise how powerfull and strong role of QE will be as stimulus.

Panademic has given cover to government to print as much money as want and to distribute without being criticize and to artifically prop up asset class.

Question is how does any government get of the QE train without derailment !

Could not have Agreed more though was of the view earlier that with panademic of a lifetime housing and stock market will suffer as economy is bound to fall with all lockdown and unemployment but it seems that everyone failed to realise how powerfull and strong role of QE will be as stimulus.

QE is not direct 'stimulus' whereby the individual punter can go and buy AfterPay shares or spend a silly amount of money on a rental property in NZ. Inferring that The 'QE has saved us and she'll be right' is naive. There are externalities and trade offs that are not obvious to everyone (including the Adrian Orrs) but will do with time. There is desperation among the ruling elite to demonstrate to the sheeple that the status quo is intact and that they have the solutions. Most people want to believe that. I've hedged my bets that the 70% of people who fit within 1 standard deviation of the mean are likely to be more negatively affected than they would like to believe.

Don't fall into the trap of thinking you need a real estate agent to sell or buy a property.

Plenty of sellers and buyers manage without them - saving themselves money and dignity.

Not sure how that addresses anything at all about the glib description of asset markets as 'resilient.' Yes, it may well be that the real industry is a unnecessary cost. Removing that cost doesn't make a market more resilient in the same way that not having to rely on a broker makes equity markets more resilient.

TTP
Notable comment there TTP - “no need to use an agent to sell/buy”.
And here they claiming you are a biggie in the REA world! One wonders - possibly a number choking on their morning coffee? :).
;) ???
Whatever, keep those comments coming to provide a bit of balance and .reality

Certainly a good blog needs to have balance.

Yes - I've read the DGM's unsubstantiated comments about me being an REA.....

If the DGM start alleging that I'm an astronaut, they'd be closer to the truth.

Anyway, we all know that the DGM are not honest/ethical.

So you had nothing to add here except a trollish skit to enable you to say 'DGM' a few times.

yes you don't need them but most people will as a convenience factor and pay someone to do it. The question is. How much should i pay for the convenience.

The RE sector in NZ is an overgrown monster that has done more bad than good for the country pushing unaffordability in its own interest in the form of commissions for way too long. Would not be surprising to start seeing general closures of physical agencies in an attempt to reduce losses first followed by unemployed agents and mass sales of luxury SUVs on trademe once the cat bounce hits the glass ceiling. Have seen this before in both Ireland and Spain, NZ is NOT different.

Pleased you used the description RE sector, as use of the word industry would imply RE’s do something productive!

And REAs are certainly not "professionals".

The public needs to be aware.

At best, REAs are "commission salespeople" - and many of them are downright dodgy.

Mindless, ignorant comment, sure to yield the most thumbs up

The most vacuous comments get the most likes on this site. Disregard basic economics and predict a housing price crash - guaranteed at least 10 upvots.

Just liked your comment for the vacuity of it. Keep it up mate!

It hurts when it's hit the right spot.

Actually, when it hits the right spot, it doesn't hurt, it's wonderful. You will understand this once you reach puberty

I wonder how much wage subsidy the RE sector received?

House selling seems to be making up for lost time now.
Cashed up buyers, some making low offers thinking that the market has somehow crashed but vendors still getting good prices - most regional cities above Feb 2020 medians.

There is a small but very real possibility that the Labour Party will today announce a policy that will destroy the country’s real estate industry and create a nation of tenants, serfs to the landlord State. I’m not putting money on it, but it is a possibility.

What do you mean?

Was paranoid about them announcing a disastrous tax policy. Government charging people rent for their own land. Thankfully I was wrong.

If labour rules alone, whi knows what they will do. Will be in interesting election to be heavily leveraged. You are either going to win huge, or loose huge.

Thats awful. Our thoughts and prayers go out to those affected.

One of the worst statements in an ad for a house sale and I believe dupe many people."Offers over $nnnk will be considered."

The spin-doctors who write the Press releases for the major Real Estate Agencies are 100% focussed on portraying the numbers positively .

One major agency kept up this ruse in 2008 -2009 when it was evident things were falling apart , whatever sales were concluded , were portrayed as "successes" in the Herald at the time . It was regurgitated spin

Right now , Agents are telling sellers not to have high expectations , and telling buyers there is a stock shortage .

I'd feel for them, but I can't quite reach.