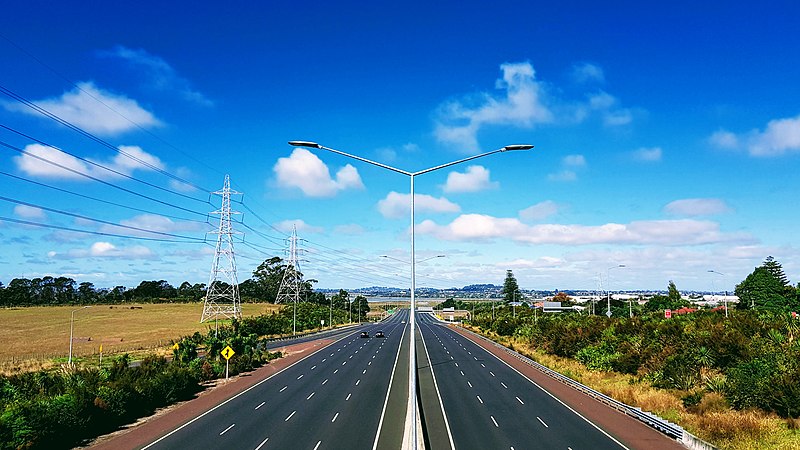 Auckland's rapid population growth came to a crashing halt in the year to June, with the region's population declining for the first time since records began.

Statistics NZ says the Auckland region had averaged population growth of 1.8% a year over the previous 20 years, higher than the national average growth rate of 1.4%.

The sharp turnaround was mainly caused by more local people leaving Auckland to live in other parts of NZ, and a lack of overseas migrants arriving.

The figures show that the natural increase, the excess of births over deaths, in Auckland's population was 12,900 in the June year. That was more than wiped out by a net internal migration loss of 13,500. That means 13,500 more people left Auckland to live in other parts of the country than arrived in Auckland from elsewhere in NZ.

The big turnaround was in the lack of international migrants, with a net loss of 670 people due to external migration, which means 670 more people left Auckland long term for an overseas destination than arrived long term from overseas in the year to June 2021.

Auckland's total estimated population was 1,715,600 at the end of June.

Vote Covid for the next election if you want to pause immigration.

Vote Labour if you want houses to the moon.....

Vote National if you want to move to Oz.

Vote ACT if you are already overseas and want to watch a train wreck play out in real life.

Vote Green if you love people and hate the environment.

A Freudian slip?  I don't really understand the greens anyway.

This post fits your name - no idea why you would waste the time.

Because it's Friday and I enjoy a laugh.

Let me guess? To the moon..... They always get the most offended.

If Fungus was an American, he/she would definitely vote Democrat.

More like vote the Reserve Bank if you want houses to the moon.

Less people + highest building consent/ construction levels for some time, and interest rates heading up. All combines to make an awesome investment window...tui.

Good time to get some infrastructure underway. Lots of underground services need a massive upgrade/refresh.

Why didn't we think of this before?

Or what has been happening in NZ. Open the floodgates. Ignore the infrastructure. Hold up the GDP measures as a scorecard to show and dupe the sheeple about how good things are and how good an economic manager you are.

And then try cover your arse when your lack of ICU capacity is exposed.

Just spoke to the friend that lives in Auckland working remotely overseas (essentially bringing A LOT of money to NZ). He is disgusted. He is packing and leaving NZ. Has enough of communist propaganda, limitations of freedom etc.

I got the feeling he will not be the only one....

Out of morbid curiosity: what kind of communist propaganda are you talking about?

The interest of the 'group' over personal rights and freedoms.

The West values the individual.

The idea that it's OK to sacrifice individual interests for the sake of the majority is not specifically communist. A utilitarian would also think that, and utilitarianism has a pretty long history in Western thought.

don't ask. It would only expose a lack of understanding in reponse.

TV, Radio, everywhere - Kiwis were never exposed to it so we do not see it!

"What water?" said the fish

Personal freedoms like being forced to accept a jab every six months, carry an identity card, or be forced to live in social exclusion, like the ACT party have been cheerleading for? Freedoooommmm..........

After all these prolonged lockdowns with no end in sight, why would you want to be in Auckland?

The lockdowns will only be with us until the vaccination rate reaches the threshold.

Sounds sensible enough to me.

Dont jump the gun TTP...there's the traffic lights after the threshold is met. Do you know how long that will be in place for?

And who ever has driven thru a orange light before...come on own up.

plenty of ambers but never an orange

I thought the idea of lockdowns was to prevent Aucklanders leaving.  Does it also have something to do with Covid?

You must have misread the traffic light system. "Localised lockdowns will be used as part of the public health response in the new framework across all levels, and there may still be a need to use wider lockdowns (similar to the measures in Alert Level 3 or 4)"

Only a fool believes anything that comes out of Jacinda's big mouth. Like the "we won't implement vaccine mandates or passports" enormous lie.

Interesting article - Covid and closed international border highlights NZers true inclination numbers without the influence of inwards immigrants - Kiwis leave Auckland for Hamilton, Christchurch, Tauranga where the sections are bigger, the air is cleaner and the lifestyle is better for families.

Where life is sleepier perhaps? Chch is closer to the snow.

Net migration has been out of Auckland for many many years.   It's not an attractive place for New Zealanders, and in practical terms the standard of living is much lower than in the rest of the country.

It is attractive however if your alternative was Mumbai or similar.

And shanghai you mean?

Partial and total depletion of city populations are quite common in history.  Many extinct cities have been discovered over the last century.  There are quite a few in south America, the Middle East, and Asia. The extinctions have largely been due to natural disasters such as earthquakes, volcanos or famine.

Auckland is certainly heading for future volcanic activity because the seismologists tell us that the Auckland volcanic field is dormant and not extinct.  Even if the lake Taupo had another eruption it would adversely affect Auckland because that volcano is one of the worst the world has experienced;  I mean look at the size of that volcanic crater which is now lake Taupo compared to any of the relatively small volcanic craters around Auckland.

So you're saying Turangi property market could get red hot.

...except it's unlikely in Auckland, and would only affect a small part of it in the event of a local eruption (evacuations seem to model 400,000K as the number we'd need to shift with a couple of weeks warning most likely) and casualties are expected to be minimal.

And Auckland is more likely to be affected by ashfall from Ruapehu, Taranaki or Tongariro than we are to suffer from our own eruption any time soon. Also, Taupo the lake is different to Taupo the volcanic structure, which is now under the lake - the lake itself is the result of a collapsed caldera. If Taupo is ever going to pop, you're going to get a long of warning before it happens.

Blows my mind that people would want to move to Wellington these days.

Government work is immune to most virus lock downs.

Once covid madness is over and you have NZ passport and are semi intelligent, There would be no bigger fool than thyself if your are still living in New Zealand. I foresee a big exodus happening really soon.

Yes. I'm sure there's no way to verify it, but I suspect a huge chunk of those interal emigres away from Auckland are young people who have moved because housing affordability is (slightly) better elsewhere. A disaster for those living in other towns, of course.

Nope.  The exodus has been happening for many years.  Long before the house price thing.

Boomers cashing up and getting the hell out, youth priced out, and foreign students/cash locked out. Is anyone really surprised?

Can someone ask the PM directly if she plans on adding 40K pa to Auckland's population again post-Covid?

Well she just added 165,000 permanent residents. That's equivalent to 7 years of residency permits.  So all those temporary migrants will need to be replaced now they can no longer be exploited, and they all turn to buying houses for their overseas family and friends to make their fortunes.

What's the rationale for more permanent residents? Shouldn't we be hitting the pause button while our infrastructure catches up?

We had to incentivize the slaves to stay a bit longer.

Part of me wishes you were joking but you're right: slavery exists in New Zealand.

Yes I wonder how much overseas Friends and Family buying is going on?  I know of multiple cases of this from my small workplace. I suspect its way bigger than expected.

Where basically being run (rung) by control freaks. They are not making things better. They've killed all the fun stuff, implemented all the stay at home stuff & put us into debt to do it, based on their limited experience of reality. Control is their mantra. The old normal is dead & the new normal sucks. Thanks Jacinda, for nothing.

Looking at all the replies...which have veered far off this article (as will this one)...but seriously. When did kiwis become such a pack of moaners n whingers?

The entire world is going through a housing affordability crisis..even in authoritarian "non-capitalist" driven economies.

NZ had it good over the entire pandemic...inc now. So remove head out of sand...and have a look around.

I was living o/s in 2020...after a long time abroad (and b4 you all moan n btch...still maintaining a contribution to NZ economy). And upon my return was shocked at how we much we had fallen in sense of self, resilience, community and most importantly self responsibility.

C'mon NZ....we're better than pointing fingers and blaming someone else.

We could also be living in a war-torn region of Africa if we just want to set a low bar and chide anyone for querying whether we could do better. Sorry, but I'm not interested in NZ being a country where the living standards are continuously declining while people stick their fingers in their ears and scream about how ungrateful we are because it could always be worse.

NZ should be a paradise. Apologies if people striving to make the place a better place to live for young Kiwis and their families threatens your comfortable existence, but some of us actually want to improve the world we live in - or can at least see beyond our own little part of the world.