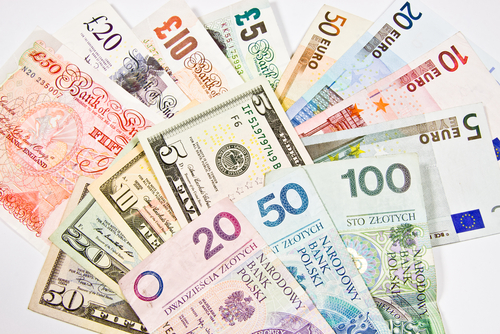 "If you annualise the December (lending) quarter growth, we're looking at growth rates of around 6% per annum compared with last year's growth rate of nearer 3%, 3.5%," Main told interest.co.nz.

The latest Reserve Bank sector credit data shows agriculture sector debt up 5.1% in December year-on-year, business debt up 2.5%, housing debt up 3.7%, its fastest rate since January 2009, and consumer debt up 2.4%.

BNZ's General Disclosure Statement (GDS) for the December quarter, out yesterday, shows the bank's gross loans grew by NZ$884 million, or about 1.5%, in the December quarter to NZ$60.260 billion. At NZ$481 million, loans to businesses and farmers grew by more than BNZ's NZ$356 million increase in residential mortgages.

Based on the loan-to-valuation ratio (LVR) disclosure in the GDS, the strongest home loan growth came in lending to borrowers with equity of between 21% and 30% with growth of NZ$262 million in loans with LVRs between 70% and 79%. BNZ also grew lending in the 80% plus LVR space, with a NZ$77 million rise to borrowers with equity of between 11% and 20%, and a NZ$135 million increase in loans with 90% plus LVRs. Some 14%, or NZ$4.1 billion, of the bank's residential mortgages have LVRs over 80%.

ANZ, the only other bank to issue a GDS for the December quarter so far, grew home loans by NZ$500 million.

Meanwhile, BNZ's December quarter bottom line shows unaudited net profit down NZ$163 million, or 56%, from the same period of the previous year to NZ$126 million. The fall comes after a NZ$213 million fall in gains less losses on financial instruments at fair value to see a loss of NZ$74 million recorded, which relates to the bank's term wholesale funding.

"When we issue term wholesale funding overseas, for example if it's issued in euros, we pay the spread to euro swap to the euro investors and then also we convert the euro back into kiwi dollars through a cross currency swap," Main said.

"And so what has happened is over the last six months or so, with global credit markets improving, the spread that we could have issued that same debt today at, has contracted quite a lot. It has got lower and that generates a fair value loss on the debt issued last year. And also the cross currency swap that we've used to hedge it back into kiwi dollars, that has also changed in value as it becomes a bit cheaper to swap euro currency back into kiwi dollars (so) there's a fair value adjustment on that as well."

"So there's two parts to it and it's all related generally to the improving sentiment in global markets and that has resulted in a contraction in credit spreads and the cost of converting foreign currency back into New Zealand dollars," Main added.

BNZ's impairment losses on loans also surged to NZ$36 million from just NZ$3 million, which Main attributed to "a normalisation of bad and doubtful debts" with nothing specifically standing out. The GDS shows total impaired assets down NZ$7 million, or 2%, in the quarter to NZ$452 million, and 90 days past due assets up NZ$25 million, or 10%, to NZ$275 million.

BNZ's tier one capital ratio, representing shareholders' funds in the bank expressed as a percentage of total of risk weighted exposures, slipped to 11.17% from 11.26% at September 30. Its total capital ratio improved to 13.46% from 13.29%. The Reserve Bank mandated minimums are 4% and 8%, respectively.