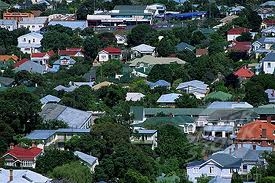 Barfoot & Thompson, Auckland's biggest real estate firm, says more properties were listed for sale with it in February than in any February in five years. This came as monthly house sales rose 17% from February 2012.

Peter Thompson, Barfoot & Thompson's managing director, said his firm recorded 1,752 new listings in February, the most in a February month since 2,049 in 2008. This was up 22% on January's 1,440, and is only the third time in five years the company's new listings have reached 1,700 in a month.

Barfoot's release comes after Realestate.co.nz said yesterday the nationwide stock of unsold houses on the block fell in February to its lowest level since July 2007, adding to supply constraints in Auckland and Canterbury.

At the end of February Barfoot & Thompson had 3,988 properties on its books, the highest at a month’s end since last June's 4,078, which at the time was the firm's lowest number for nearly seven years.

“While choice is at its highest since June 2012 it may be a short-term situation, as the number of properties for sale still remains at the lower end of the scale over the past decade," Thompson said.

“A significant number of new builds have to reach the market before pressure will ease.”

"The total number of available listings rose for a second straight month, though that's not enough to conclude that the 40% decline in listings since mid-2010 has turned," Gordon added.

"We expect a 9% rise in nationwide house prices over 2013. Given that house price inflation was already running at around 6% by the end of 2012, our forecast is consistent with the housing boom moving into a mature stage, with the rate of growth in both prices and sales starting to level out. (But) even that would be of little comfort to the Reserve Bank. Sustained increases in house prices would exacerbate both the inflationary and financial stability concerns that make up its current Policy Targets Agreement."

Why do you love posting those figures so often?

Here are some from the holy ground of Central West:

House prices in the inner Auckland suburbs have well and truly recovered and a shortage of stock through 2013 combined with record low interest rates will only see prices escalate further.

I think John Cleese is behind interest.co.nz.  On its home page there is another headline "Housing inventory at lowest level since July 07"

Damn, you're on to us! I can report, however, that Mr Cleese is fed up with Auckland property and has moved to Palmerston North.

" tentative signs that supply is rising to meet demand"

Against the headwinds of Clueless Councils, swingeing  levies/contributions, and the Materials Duopoly, no less.

And ain't that interesting that the first record of use of the expression also seems to have related to the field of commerce;

Very insightful of you, waymad.

I do not know what to say.

How about something in English e.g. happy bidding.

I put this discussion into Paranoia Software translate, but it looks a little funny, could you check the translation for me?

Is says the translation is

xingmowang: 'But this makes no sense that is a stupid plan. It will just mean Chinese own really expensive houses in NZ.'.

doublegz: 'No this will make the NZ economy unable to grow as fast as China long live the Chinese communist conspiracy!!!'

Ur software must be developed during the Cold War period. Was c++ invented at that time?

Check your  Paranoia Software, go to Help > About.  You will find that its lead developer was the young Kim Jung Un.

I think it is highly likely that the software was developed by Silicon Valley but directed and paid by young Kim, considering he just hook up with Mr Rodman.

And now Prirate Bay is hosted in North Korea.. oops I forget about the SkyNet laws in NZ.

So many of these advertorials here and at the Granny Herald in the past few years. It seems Barfoot & Thompson are the go-to guys whenever there's a story about "Auckland house prices", which seems to be just about all of the time.

Makes me wonder: any back-room, back-scratching deal going on between local media and B&T? Even if not, it means that B&T are getting a hell of a lot of free advertising!

Jetliner, B&T have averaged just below 40% market share in Auckland for many many years.  Is there a company anywhere in the world in a major city that has that track record? Many would agree their credibility as a market commentator is justified and shouldn't be discarded - even if they are only real estate agents.

FYI, I understand your point and know about their market share, but you also mention that "their credibility as a market commentator is justified", and right there's the kicker -- *a* market commentator, not the only one. Why not do the regular reporting of figures from a less partisan source, like REINZ, for example: http://www.reinz.co.nz/reinz/public/reinz-statistics/reinz-statistics_home.cfm. Their data is monthly, so it should be fresh enough.

Basic statistical theory tells us that a larger sample is more stable and more representative of the population it's drawn from than a small one, so wouldn't REINZ's data (which includes B&T and other real estate agencies' data) be a more representative and non-partisan way of getting the message across?

I don't have a problem with REs per se, just get a little jaded with seeing industry comment from one company 90% of the time, which, like I said, is effectively free advertising for them.

I wonder why BT hasn't set up shop there... millions of potential sales here:

There is a very easy way for the buyers to take control back of the market.

Why as buyers are we allowing Real-estate agents (The Clowns) and the Real-estate industry (The circus) to dictate to the buyer how we purchase?

Stop BIDDING AND BUYING by auction and the market will even out very quickly.