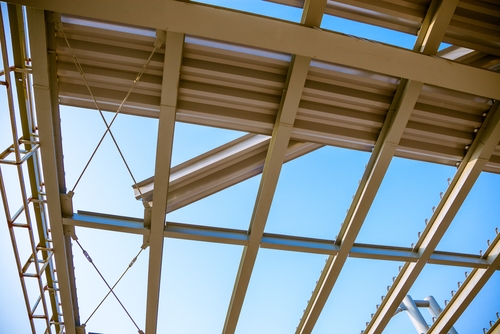 Westpac economists are adding their weight to the view that Auckland's building far too few houses to keep up with the growth of the city.

But they say that elsewhere in the country many regions are keeping up with demand, while Nelson might actually be building slightly too many houses relative to expected population growth. In other regions, Westpac cautions that builders should not necessarily expect a return to the sort of conditions seen in the early 2000s.

In a paper titled: "Where shall we build", Westpac's chief economist Dominick Stephens has laid out the bank's analysis of the housing situation around the country, based on Westpac's "People Per House" measure. The bank developed this measure in 2008 to assess housing supply.

Stephens says the idea behind this measure is simple. In normal times the number of people per house should be slowly reducing as families shrink, the population ages and society gets wealthier. But if the population per house is rising, this indicates that construction activity is slower than population growth, and suggests that future building activity will increase - or population growth will slow.

According to Westpac research, the number of people per house currently ranges from 2.3 in Otago, up to 3 in Auckland.

"It is difficult to draw strong conclusions from regional differences in the level of people per house," Stephens says.

"These might reflect the regional population's age structure, ethnic composition, level of wealth, or simply the prevalence of holiday homes. We prefer to look at the rate of change in PPH."

In Auckland the number of people per house has been rising in recent years and is now "significantly higher" than it was in 1996, Stephens says.

"This suggests that repeated episodes of underbuilding have led to a built-up shortage of houses in Auckland. If construction activity remains at 2012 levels, the number of people per house in Auckland will continue to rise sharply. This is not sustainable.

"Either construction activity will go up, population growth will slow, or people get awfully cosy with one another."

He says the Auckland council issued 4582 consents for new dwellings in 2012. Westpac calculates that to keep pace with population growth and get the number of people per house gently trending downwards, that number would have to rise to 9,500 – a 107% increase.

"Even then, it would take many years to unwind the shortage of houses that has built up," Stephens says.

"Our conclusion from this is that the rate of Auckland house building will indeed go up in the coming years. A sceptic might argue that Auckland is incapable of doubling the rate of dwelling construction due to the ever-present tangle of red tape and expense associated with property development. But we would point out that 12,277 consents for new dwellings were issued in Auckland in 2003, so the industry is clearly capable of such activity levels."

Stephens also points out that the lack of building in recent years has prompted both market and regulatory responses. The market response has been higher house prices, which have incentivised building activity.

"For the Government’s part, it recently announced a range of regulatory changes aimed at boosting construction. If the industry remains stagnant, both the market and regulatory responses will intensify," Stephens says.

The Westpac research has not looked at the Canterbury housing market - as it currently has an obvious supply issue related to the earthquake.

Stephens says that all regions except Auckland, Wellington and Canterbury are currently building enough houses to keep up with forecast population growth.

Westpac's also analysed the situation in some of the smaller cities that sit within larger regions.

Stephens says that though the Waikato and Manawatu regions show no evidence of underbuilding, the smaller city analysis did suggest that Hamilton and Palmerston North were underbuilding relative to forecast population growth. This suggested there could be an increase in building in those cities in the future.

Westpac's analysis of Nelson city indicates it is building "slightly too many houses relative to forecast population growth" – suggesting that there could be a drop in building activity in the future. Stephens again cautions against drawing strong conclusions from the small-city analysis, as it is inherently more difficult cult to accurately forecast population growth for smaller centres.

Dunedin is described as "an interesting case", where the people per house figure has been rising in recent years, now to the same level as seen in the late-1990s, suggesting a shortage of housing has built up.

"However, it appears that Dunedin’s residential construction industry has already ramped up sufficiently to rectify the shortage over time. Dunedin City issued 379 consents for new dwellings in 2012, which is a 60% increase over the number issued in 2011."

Where the Auckland pop expansion is heading....to our very first Nuclear Power Station....yipeee

Considering solar is now about par to conventional fossil power thy would be nuts....Some areas with huge sun like Napier, Blenheim and towns in northland could almost go off grid.

In fact why not make it a reg that all new houses have 2kw of panels minimum in Auckland....

"Auckland the numb'er of people per house has been rising in recent years and is now significantly higher."

However we see no comments on the population mix, for instance if many pacific islanders migrate into and stay in Auckland (also ppl migrate inside in looking for jobs) and they are a) poorer and b) have considerably larger families ie 4 or 5 seems normal then is that skewing the figures. On top of that building more 500k+ homes isnt going to make a blind bit of difference to that section of the population. Even 300k homes are probably too much.

Which makes me wonder on Hugh P's claims....you can look at the US and see how affordable housing a considerable distance from work has been a big failure due to energy costs...so we could waste huge resources and see abanding suburbia aka the US....of course councils would be stuk with the municiple bonds and no occupants to pay them....OPAs etc get stung...

The interesting thing about Hugh's favourite place, Texas is that it accomadates a large migration from Mexico/South America. Whereas Auckland is struggling to deal with a much smaller migration from Polynesia.

I would be interested in other affordable house models like Germany. But when you look at the ability to cope with large flows of people then it is hard to ignore the US.

In Germany the population is dropping so not the same problem.  The only drivers are just replacement and desire for new flash houses.  Despite their far higher salaries and wages, building costs are on a par with here.  They are very efficient in both materials manufacture and house building.  Our building material prices are criminally high because the government refuses to address the lack of competition here.  The Germans can make materials, ship them to the other side of the world and still be compedative, with a wage structure about twice ours.  Something does not add up.