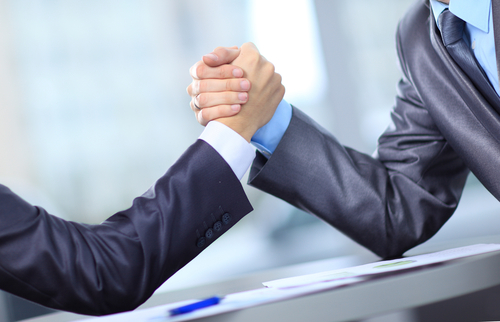 Housing Minister Nick Smith is adamant that the Government will press ahead to establish new powers allowing it to over-rule local authorities on new housing developments.

The powers are controversially contained within new legislation that was rushed into Parliament on the day of the Budget last month and is currently before a Parliamentary select committee.

The new legislation has been rushed in, ostensibly to enact the recent housing accord agreed between the Government and the Auckland Council through which it is targeted that an extra 39,000 new houses will be built in Auckland during the next three years. See all our housing accord stories here.

However, the Auckland Council, after seeing the draft legislation, has indicated unhappiness with it and suggested it might not ratify the accord - which has to be done by a full meeting of the council - unless there are changes made to the legislation.

But Housing Minister Smith said on Radio New Zealand that there was no way the Government would be removing the new power it would give itself through the legislation. This power would allow it to over-rule local authorities, set special housing areas and approve new developments itself, if it could not agree accords with those local authorities.

“It is absolutely crucial. The Government cannot take on this massive issue and risk around house prices without those residual powers,” Smith said.

Auckland Deputy Mayor Penny Hulse said last week that the council's current focus is on the new Unitary Plan, on which public feedback closed last Friday, and “Until the Government change the [housing accords] legislation to better reflect the intent of the housing accord the accord remains on the backburner”.

But Smith denied that the accord was being delayed or deferred.

"No, not at all. It’s not on the backburner at all. I dispute that. I’ve had discussions with the Mayor [Len Brown] as recently as last week."

“...There’s no indication at all in my discussions with the Mayor that there is any falling back from the accord. There is work to be done on some of the fine point detail..."

“...But let me leave you in no doubt, the accord’s in business and the work between the council and the government’s proceeding at pace.”

For the accord to be put in place, the council needs to sign off on it and to "notify" its Unitary Plan. The latter action was targeted to occur in September, but more recently Mayor Brown has indicated it might not occur till after the council elections in October.

Smith would not be drawn on when he wanted to see the accord put in place in order to prevent the Government itself taking action to advance the housing developments in Auckland.

“Well, I’m wanting to work at pace. Every one of us knows the impact on the economy of us not making a shift on this housing issue. And look I’ve got some sensitivity to the Auckland Council because what you’ve got is an internal tension there between neighbourhoods not wanting to change – they like the green paddock next door or they like the way their suburb is – and this very important national issue of ensuring that more houses are brought to market.

"So, I’m not going to set down that there’s a deadline of that date or this date, what I have made plain to the Mayor and the Auckland Council is that we need to move at pace.”

But the Government would “absolutely” retain the right to intervene.

“The Government’s been very plain in all our discussions with the Auckland Council our very strong first preference is to work with council but if a council does not want to make progress on this issue it is so nationally important we need to move.

“...I have made plain in my discussions with the Auckland Mayor, as has the Minister of Finance, that our very strong preference is the accord mechanisms but ultimately if we cannot get those to work then the regulatory powers that are proposed in the bill will need to be used to free up land supply and to get housing supply increased.

The targets set by the accord, for 9000 new houses in the first year, rising to 13,000 in the second and 17,000 in the third have been met by a general sense of disbelief in the wider community. Smith said the targets would be reviewed annually.

“At that point there are options on that review as to whether the accord comes to an end or whether there are amendments made to it. In my view it is crucial to the success of the accord that those targets are met.”

The housing accords legislation allows for the Government to negotiate similar accords in other areas that are identified as having urgent housing needs.

Smith confirmed that Tauranga,  Christchurch,  Wellington, Queenstown, Nelson and Marlborough all fitted the criteria while Palmerston North was on the margin. The Government was “not necessarily” looking at accords in those areas, however.

Can a centrally directed set of brown cardies, working 'at pace', and politically accountable via their elected Minister, foobar a number of local housing markets any more thoroughly than several localised collections of brown cardies (who certainly aren't answerable to their local elected representative, and just try Voting for Staff...), working at leisure?

Yay, so happy about this.
The councils have shown themselves to be incapable of allowing affordable housing to be built.  They are now drunk with the powers they have and the fees they have been able to collect.
Fees which they have wasted on stupidities.  And all the while local government debt has quadrupled in recent years from $2 billion to $8 billion.  It can't be allowed to continue.
The government has in fact waited far too long to step in and bring the ideological idiots to heel.

The current Govt ARE the ideological idiots.

Whether one of their ilk thinks something 'can;t be allowed to continue' or not, unfortunately the rug has come out from under what did continue until it couldn't.
Blame-shifting (there's a lot of it about) isn't going to change things. What Smith has done, is give himself the kiss of death - perhaps that's why that particular puppet was pulled back out of the toybox? But maybe he'll be able to blame-shift too. "Never saw GFC2 coming".
Tui ad.

Quite a list of people HERE saw GFC 1 coming:
http://investorhome.com/predicted.htm
Quite a lot of the same people see GFC 2 coming.
None of them see the cause as you do. They see it as I do. Pointless inflation in assett values. This has nothing whatsoever to do with resources possibly running out one day, or the second law of thermodynamics possibly cooking the planet one day.
I don't know why Hickey, Tarrant et al put up with your time wasting on their forum, you obviously do not possess an iota of capability of understanding economics or finance, which is what this forum is supposed to be about.
I am coming to the conclusion, after Hickey's repeated displays of obtuseness on housing bubble issues, that he is utterly in the thrall of the vested interests in this racket - the big finance and big property interests that are all the trouble; and having a loony Malthusian running interference on the issue day in day out and driving intelligent commenters away in frustration, actually suits him and his cronies.

I would tend to agree and add that most inflation is pointless.  The question is, what is the driver of inflation?

Economics itself or the conditioning that financial wealth and more of it is the be all and end all of our existance on earth?

Gave you a thumbs-up, Davo36, you are onto it. The first replier to your comment is a pure waste of space, a changer of the subject to irrelevancies, and a smokescreen provider for the vested interests in the great immoral rip-off on the bit of dirt that is an essential for everyone same as food and clothing is.

Quite correct DAVO36,  you get 100% for the correct answer to this vexed issue .
The Auckland City Council ( Akl CC)and its predecessaors rorted everyone for fees to create subdivisions , and then having scored millions,  failed to put in the infrastructure to service these developments
An example is Kyle Road in Greenhithe. Hundreds of new houses built , but access is from Kyle road,  a narrow lane  that was a simple Metal Road a  few years ago as now covered in tar .
And whatsmore , the Auckland City Council has scored millions in Rates and taxes from this subdivision and continues to neglect to do what it should.
Instead , the AKLCC sses  fit to sponsor millions of Ratepayers Dollars on things like  Motorsport or for Pacfific Island cultural events instead of doing what a city council should like building suburban streets

What a joke...the Gummit now legislationg to reduce/remove/waterdown the powers of their new big shinny Auckland Super City.  They are drunk with power...Muldoon all over...

Are the Government also going to enforce the provision of sewage, water and other services to these new housing developments. Seems to me like the ball is still in the council's court.

Agree. The government is in panic mode because they have done nothing for 5 years. Special housing areas seems like a threat that central government cannot follow through with. It is hard to see Wellington deciding on all those local matters, building consents, geotech assessment of the land, sewage, water etc. But if MUD model was deployed...  maybe. Read the bottom of this thread for a discussion of these matters http://www.interest.co.nz/opinion/64720/bernard-hickey-points-out-big-planned-additional-supply-houses-will-raise-debt-levels-.

You dont have to deploy MUDs though, the existing system works as well as anything else and arguably better.  User pays, want the house pay for the services, simple, no can kicking no risk on anyone else but the ppl who directly benefit.
regards

They did say consents....so really no actual houses maybe built.
Though Im curious on how many plots are available to build on today ie are in zone, but are not being built on.
regards

There's a major obvious problem with that house (aside from it being tasteless) - it's in Houston. If it was in a better location it would be worth more.