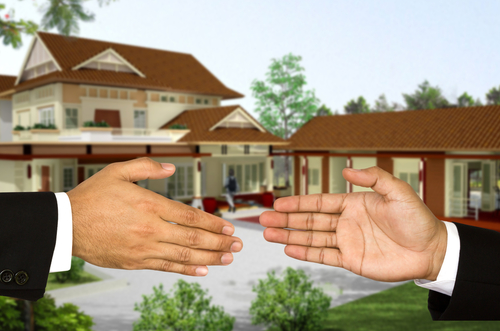 Would-be sellers are asking record prices for their houses, according to the latest monthly figures from Realestate.co.nz.

In its latest NZ Property Report, realestate.co.nz said the seasonally adjusted average asking price was now $466,526, which was more than $1300 higher than the previous record set in July this year and up 8.7% on the average at the same time a year ago.

While in terms of actual houses available, there was a small improvement in numbers on the market, this could be seen as a seasonal improvement.

Once the figures are seasonally adjusted, there was actually a fall in the numbers of new listings in the September month.

The acting chief executive of Realestate.co.nz Phillip Dunn said the increase in asking price "can be attributed to supply and demand" while inventory remains close to an all time low.

He said inventory figures appear to have stabilised somewhat after last month’s record low of 23.4 weeks (worth of available houses at current rate of sales) but were still the second lowest on record at 24.2 weeks.

"This is an increase of 585 listings nationally from last month, but compared to last year, is down by 13%. Last month’s record low number of homes for sale has recovered by 2.7% with 11,000 new listings coming on the market. This is still down by 1.4% compared to this time last year."

While the super hot Auckland market saw an actual increase in new listings during the month to 3744 from 3702 in August, after seasonal adjustments came into play the latest figures were actually down 3.1%.

However, Auckland's critically low available housing inventory figure has recovered slightly, to 11.6 weeks from 11.1 weeks. The average asking price fell to $644,968 from $650,114.

"Recent building consent data suggest the lift in house building demand may be starting to stall, and reinforces that the housing market will remain tight for some time."

Dunn said across the regions there were no significant highs or lows on new listings.

"While stock hasn’t come rushing back this month, the question is, what will happen next month?"

He said listing trends over the past few years suggested that October’s figures would welcome in a supply of fresh new listings.

"It’s too early to see how the government’s new mortgage lending restrictions will impact overall inventory and asking prices in the long term." See here for articles on LVRs.

Dunn said he had spoken to a few agents who believed these restrictions would have a flow on effect “depending on where you are, but all in all listings and sales through spring are expected to be strong”.

Even with the slight drop in asking price for Auckland, sellers are still well and truly in control with inventory remaining close to an all-time record low, he said.

"We’re still talking 60% below the long term average in Auckland."

This is bloody ridiculous , John Key needs to get on the front foot with this issue or risk it blowing up in his face in the next election.
The most expensive part of any home is the LAND , and in Auckland there are land supply constraints
We need to urgently  free up land for development South of Auckland , and the Government could make leasehold land available on 99 year transferrable leases , like we see in the UK , Singapore and elsewhere.
Sections could be 250 to 300m2
The leasehold rental should be capped , not exceed 5% of the average NZ wage ,  and not escalated by more then CPI .
This would ameliorate the risks of things going wrong like Cornwall Park

"We need to urgently  free up land for development South of Auckland..."

Except that those are not the properties that are going up. Reinz just stopped making their breakdowns public, but when they still were it showed south Auckland cheap houses were not even matching inflation.

The Unitary Plan looks set to drive prices up further. Reduces density in the old Res6 from 1/375 to 1/400. Plus a whole swag of new rules on outlooks frontages etc. etc.
There's a few rules that will help affordability, but they are probably the ones existing homeowners will submit against.

I noticed that last month too, seems you have to pay for it now.  And yes, the last free stats I saw by suburb showed the established coastal suburbs made up most of the high inflation areas with the bulk of south Auckland going nowhere (with the exception of one corner of Mangere, dont' know what's going on there).  Some areas in the south east going up 30% yoy.

Bob
the draft unitary plan is a joke, a total disaster for affordable housing development  .
Property bulls should be very very happy though.
Once again a centre-left govt fails its citizens. I can almost understand limitting sprawl if you liberalise your city densities. The draft unitary plan doesn't open much more fringe land, nor does it up densities in any significant manner.
This deserves an F-.
Or maybe an A+ if you happen to be a property speculator.

It's pretty bad for affordable housing. Looks like it takes away more than it gives.

The more I look at it (when the slow website works) the worse it gets. Reduces density in most inner suburbs. Reduces existing height limits - takes at least 1 floor at least off MU if you are lucky. New setbacks that make some sites unbuildable.

I'm looking at a nice affordable inner suburb development on major public transport route. Under UP density pretty much halves.

Type your address into  http://acmaps.aucklandcouncil.govt.nz/unitaryplan//FlexViewer/index.html and it will tell you the zone.
Single House is 1/site. Mixed Housing Suburban (was lots of Res 5 and Res 6) is 1/400. These two are most of the inner burbs within 10km's of the CBD. Lots that are 1/375 in existing plan.
Mixed Housing Urban is 1/300.
Both Mixed Housing zones have potential greater densities where sites have 15m + frontage and are redeveloped presumably as terraces (or on over 1200sqm sites if various other criteria are met). This means that to take advantage of greater densities in most situations would require demoing an existing freestanding dwelling before replacing it with 2 terraces. This area is also covered by the new pre 1944 demolition control. So you need to get a Resource Consent to demo a freestanding house so you can replace it with 2 terraces. Then there's controls on garage doors, minimum glazing to street, side yards etc. etc. which all in all make it not so appealling and certainly not affordable.
Terrace/Apartment zone won't have a density limit, much like existing MU and CBD zones.

Yeah well Bayleys aren't very helpful looking for listings in a radio ad, saying they have OVERSEAS INVESTORS wanting to buy property. That'll be propping up OTT prices
Surely, that HAS to be the confirmation that they are affecting the market!!!