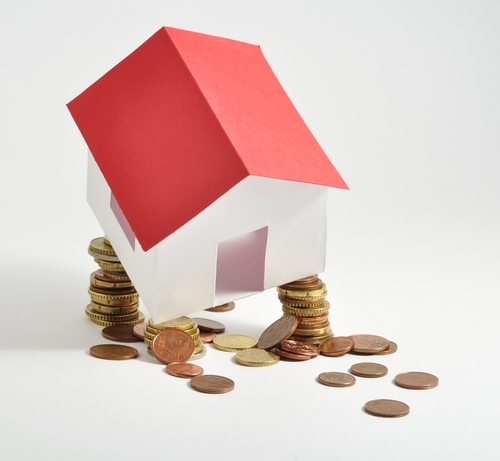 QV said the average price in Auckland as at September was now $662,976, up from $652,129 as at August. In the past year Auckland prices had shot up by 13.6%, which compares with an annualised increase of 13.1% in August and suggests prices are continuing to surge.

Nationally, the picture looks a little quieter, with the average house price in September having climbed to $452,535 from $448,929 in August. The annualised rate of increase has actually eased slightly to 8.4% from 8.5%, which may give the Reserve Bank some solace.

The RBNZ has recently introduced "speed limits" on high loan-to-value (LVRs) lending, principally to protect financial stability, but also with intention of cooling the house market.

However, since the measure is in large part aimed at the Auckland market, any sense of comfort at the overall national figures will be tempered by the latest Auckland figures.

A lack of supply of housing in Auckland is seen as a key problem, with an estimated shortage of about 30,000 houses.

The Government and the Auckland Council have recently entered into an Auckland Housing Accord, through which it is aimed to add a further 39,000 houses in the Auckland region over the next three years.

Housing Minister Nick Smith has a stated intention of having 5000 sites available under the new fast-tracked scheme by Christmas.

Smith and the Auckland Mayor Len Brown were announcing details of some of the new sites today.

QV said its latest monthly property value index showed that nationwide residential values for September have increased 8.4% over the past year, and 2.6% over the past three months, and so are now 9.2% above the previous market peak of late 2007. When adjusted for inflation the nationwide annual increase drops a little to 7.7% and values remain below the 2007 peak by 4.9%.

The Auckland market has increased 13.6% year on year and values are 21.3% above the previous peak. When adjusted for inflation values are up 12.9% over the past year and are only 5.6% above the 2007 peak.

QV research director Jonno Ingerson said nationwide values continue to rise, driven primarily by Auckland and Canterbury where high demand and short supply are pushing prices up. Most of the rest of the main cities and provincial towns are also increasing but at a much more modest rate.

"The LVR caps just applied by the Reserve Bank are intended to help slow down the rapid increase in values by limiting loans to people with a low deposit. This will take some time to fully impact the market as the main banks had a large number of pre approved loan applications in the pipeline.

"This is likely to cause a short term flurry in activity as people rush to secure a property before their pre approval expires."

"While the LVR caps may have an impact on first home buyers with limited deposits, it is likely to have little impact on other buyers. What remains to be seen is whether the overall activity and price levels in the market are affected, particularly in areas with more affordable properties."

Values across Auckland are still increasing strongly, with Waitakere leading the way.  Whilst most areas have seen a 3 to 4% increase over the past three months, Waitakere City has jumped significantly with a 5.4% rise.

North Shore Onewa and the eastern area of Auckland City remain the only other parts of the city to see increases over 5%, with Auckland City East the highest at 5.7%.  The central area of old Auckland City along with Franklin and Papakura are easily the areas with the least amount of growth, none of which seeing increases higher than 2.9% over the past three months.

QV Valuer Bruce Wiggins said “With first home buyers looking to buy before the LVR changes come into play formally, the lower end of the market below the $450,000 mark has been very busy.  This is especially the case in Manurewa and Papakura.”

“We are also seeing a lot of activity in Waitakere due to its relative affordability and close proximity to the CBD.  As well, on the North Shore suburbs like Glenfield are attracting good prices.  Easy access to the city is proving to be a deciding factor for many buyers across the entire city as they look for previously untapped suburbs.”

Values in Hamilton are still up, growing slowly throughout most of the year.  Values are up 1.2% over the past three months, and 3.9% over the past year.

QV Valuer Richard Allen said “Over the previous years we have seen the market slow leading up to December, and this is looking to be the case this year as well with things seemingly just ticking over.”

Tauranga remains relatively flat, with values currently 0.6% above this time last year, having seen a slight rise of 0.9% over the past three months.

Over the past three months, Porirua and Wellington City Central and South have both seen slight decreases, with all other areas remaining pretty static.  Lower Hutt again has seen the most growth at 2.2%.

QV Valuer Pieter Geill said “The market in Wellington remains relatively quiet, with steady demand coming from first home buyers.  Generally, we have seen these buyers looking for properties that don’t require a lot of work and are purchasing in more affordable areas such as Wainuiomata.”

QV Valuer Daryl Taggart said “The market continued to move along strongly for the second winter in a row with these trends continuing into the spring months.”

Dunedin is continuing to slow, with values static for the last 6 months and as a result only 1.8% above last year.

QV Valuer Duncan Jack said “Although there are a low number of listings, there is generally good demand across the market.  This is especially the case in the lower to middle price ranges, with many properties reportedly receiving multiple offers.”

The provincial centres are still experiencing growth in the main, albeit generally no more than 2 to 3% over the past year.  In the North Island, Whangerei, New Plymouth and Hastings are all up.  South Wairarapa is also up 3.3%, which is in direct contrast to Masterton and Carterton which have both declined.

In the South Island, Kaikoura, Westland, Timaru and MacKenzie have all seen some strong increases over the past three months, with Westland the highest at 7.7%.   Southland, Gore and Invercargill are still struggling, with Gore seeing the largest decrease at 3.3%.

The Mixed housing urban zone should be way bigger in central suburbs.

It doesn't give you any commercial uses though (it's not Mixed Use). Check the Residential zones - Activity Table for what is Permitted.

News heading and content very misleading...as the Sep house sales data is obviously not a good gauge of the impact of LVR restriction, due to many pre-approvals in the pipeline, and people rushing out to confirm a deal before 1st Oct. The litmus test of the new rule impact will be clear at least 6 months down the road. It is obviously in the interest of current property investors and agencies such as B&T to continue fanning the property heat. But the party will end - mark my words. In Singapore, when the LVR was raised from 10% to 20% in 1996, the over heated property market went into a slow spin with many private properties eventually dropping to 50-70% of their peak values. It wasn't until 2005 (9 years in the doldrum!)  that the market started to pick up.

pact of immigration on local house prices is a global phenomenon. Saiz (2007)

effects for the Canadian housing market. Stillman and Mare (2008) uncover

a separation result between migrant groups. They find that the inflows of

of new foreign immigrants are not.

A striking feature of these spatial correlations - the correlation between

the national level. Gonzalez and Ortega (2009), for example, consider a boom

episode where Spanish house prices grew annually by 17.5% and the foreign-

new single-family homes grew annually by 6.3% and the 10 largest American

have not been previously examined.

lation in each district is coincident with a 2.7% price increase in Swiss house

prices for single-family homes. The short-run estimates for an environment

for episodes with higher house price inflation. The results show that rent

market, do not mitigate the house price effect associated with immigration.

The political parties have a bipartisan agreement re immigration.

Immigration is helping to fuel rises in house prices that are preventing young people from owning their own home, the Planning Minister has warned.

Nick Boles said he has changed his mind about immigration after seeing how the arrival of 2 million new immigrants over the last decade has left Britain short of houses.