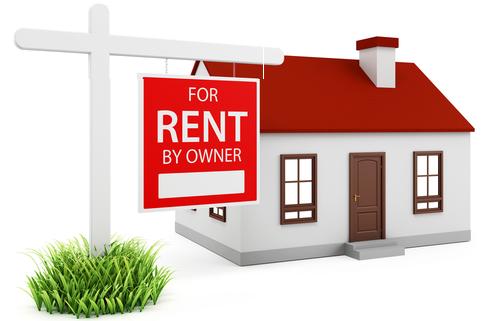 Significant numbers of housing investors actually believe the Reserve Bank's "speed limits" on high loan-to-value lending will help drive up property prices, while many don't see the move having any impact, according to an ANZ survey.

The RBNZ applied the speed limits on LVR lending from the start of this month, mainly to protect financial stability, but also with a view to reining in rampant house prices.

The ANZ recently conducted its annual survey of property investors, in conjunction with the NZ Property Investors' Federation, and released brief results of this earlier in the month.

However, in the bank's latest monthly Property Focus publication, ANZ economists provide more detailed commentary around the results. Some 1368 property investors took part in the survey during July and August.

The economists stressed that the results of the survey were compiled before the final details of the RBNZ's moves on LVRs were known - though much of what ultimately transpired was well-signposted.

There were, however, some "interesting takeouts" among the survey results, the economists said.

"Around half of all investors did not think that speed limits on high loan-to-value ratio housing lending would impact their property investment strategy in the next 12 months," the economists said.

A further 16% of investors indicated the LVR move would change their strategy in some way, and another 20% indicated that they would need to know the extent and nature of the limits before they could make a judgement.

However, in an outcome that the economists thought would be "of some concern to the Reserve Bank", among those expecting an impact on prices actually more thought they would increase than decrease.

"The reason given was that their property portfolio is focused at the more affordable end of the spectrum, and people would be forced to trade down in terms of what they could buy for a given deposit, lifting demand for lower-end properties," the economists said.

In any event, those expecting movements in prices as a result of the LVR policy thought these movements would be relatively small - of the magnitude of plus or minus 5%.

The economists said the survey results overall suggested that despite some rapid increases in the value of residential property, especially in the Auckland market, and to a lesser extent Christchurch, investors on the whole continued to take a prudent approach to the management of their portfolios.

"...Despite media hype about increases in the value of residential property, investor expectations of short and medium-term increases in property values and rents remain reassuringly modest."

As interest.co.nz previously reported, the survey found that growth in property values over the next year was anticipated by 92% of respondents. This was up from 87% last year and 71%. The median increase expected rose to 4.3% versus 3.1% last year.

In the longer term, the economists said the average rate investors expect their property value to have increased by in five years time remains "modest" at just 6% to 10%.

"The Reserve Bank will likely be reassured to see that investors are not extrapolating a stellar year, but are on the whole remaining realistic about their potential longterm gains," the economists said.

In terms of how property investors structure the ownership of their houses, the ANZ economists said there were very few changes compared with last year.

One in every ten property investors is completely debt free. Around 6 in 10 investors have debt that is 50% or more of their properties’ value.

"These results are similar to last year, with 20% of investors saying their debt-to-value ratio has increased, and 41% saying it has decreased over this period," the economists said.

"Increasing property values were the main reason cited for improved debt-to-value ratios, rather than reductions in nominal debt. This makes the improvement in debt burdens less comforting for the Reserve Bank than actual debt repayment would be, from a financial stability point of view."

The economists said that for property investors, a continued focus on improving the sustainability of their investments made sense.

"While the housing market in Auckland is running hot at present, the Reserve Bank is on the warpath, fixed mortgage interest rates are rising, and housing affordability constraints will inevitably kick in at some point.

"The bigger the overshoot, the uglier the potential correction. Investor confidence should remain tempered with prudent attention to business fundamentals."

It's about time that Westpac and ANZ had a little chat to get their stories straight.
Went to an auction yesterday for a shabby Remuera townhouse surrounded by even shabbier town houses on pocket hankerchief site. CV $660. Sold $970K.
Nuts.

I had a partially informed RE agent trespass onto my property during the weekend - he made his way through closed 6ft gates to get to me! He was seeking to list my house to sell. Given his enthusiasm to get to me I decided not to set the hounds on him and had a chat. He reported that listings are still very tough to get (in Auckland) and his experience is that demand for properties is as strong as ever. I told him I wasn't interested in selling but I was a potential buyer. He went on to tell me his agency achieves sale prices that are on average $25k more than a certain large competing RE agency. We agreed I shouldn't buy through his agency because of this and he rattled off a couple of agencies I am best to buy through to get the lowest price. The long story short is that he didn't need me as a buyer. He has plenty of potential buyers but not enough listings.

It's purely anecdotal of course but as long as RE Agents are desperately looking for listings and demonstrate no interest whatsoever in securing my custom as a buyer it's obvious to me what the market is doing and which direction house prices are headed. When RE agents show an inkling of interest in me as a buyer again and swing their sales pitch accordingly I'll know the market is turning.

Your story could also mean that there are far too many real estate agents out there all trying to obtain listings and not a shortage of houses for sale. That is something that has never changed. An old friend of mine (an ex-agent) used to say that a monkey could sell a house (always willing seller - willing buyer) but it takes skill to get listings.

Von - have a look at Alistair Helm's article here

The number of agents today is half what it was 5 years ago. That may still be too many for a lot of people!

LVRs not a constraint on overseas owners ......
BUT I see reported that Crusher Collins may look to extend money laundering demands on real estate agents and accountants?
That alone could affect housing values in Auckland at least.

If we want to use the whole supply and demand curve thing- and why not I say. Then to get prices down the supply needs to go up. In Auckland we have over 150,000 rental homes- probably much more. So the fast and dirty fix is this - squeeze landlords- change the prevailing conditions so that it is no longer in their interests to own rental properties - it does not hve to be all of them but push hard enough and a lot could be pushed into selling.
Labour could do it
1. Landlords are less likely to vote Labour /Greens
2. The numbers of Landlords is not high
3. Landlords are not 'guide dog puppies'- ie they never look good on TV, they probably aren't many left who fought in the war either so they are fair game.
4. Change in conditions could be done to 'protect owner occupiers' or at least be seen to do so
I think that this is one of the big shifts that the Bank economsts are factoring in. Take a look at a Meridian and say that the same thing couldn't happen to the  incentives to own  rental properties

Have to agree - I am based in Christchurch and agents are falling over each other trying to get listings (regardless of what part of town, condition or even land category the properties may be in).
Is the same when it comes to rental properties - the market is still going "hammer and tongs" and rental prices have increase over 40% in some areas in the past 12 months.
And new builds simply can't keep up......
Good for those of us who are selling until it comes time to find somewhere to live after your property sells at Auction!

This is why you should have more than 1 property.

What Treasury says
http://www.nzherald.co.nz/business/news/article.cfm?c_id=3&objectid=11145624
The interesting summary of the article includes the suggesting taxation on a risk free rate of return rather than on actual income.
My opinion is that would help those who get good returns on Oamaru compared to minimal returns in Auckland. If applied to empty property and to bare land there would be no need for CGT or to chase out the overseas investors. They would go of their own free will and the sell off would be beneficial to all in the long run.
How sad  for the overbought investors who get caught out. They would soon be replaced with others at more attractive prices.

Put yourself in the shoes of wealthy foreigners.
Their banks pay a piddly amount of interest on savings so they look down here and see the rate of return on property in Akl is 13% p.a and rising. Speak to a couple of mates, form a syndicate and grab a fast-track visa to NZ.
Buy a property @ $800,000, go and have some fun at Sky City then fly home. Wait 12 months and sell... or not if the market keeps climbing.. pocket at least $104000 plus $25,000 for the high demand minus RE fees and pay no tax on earnings made..
Sounds like a good investment.
In fact I'm surprised some NZers haven't jumped on the band-wagon with similar thinking... or have they???!!

http://m.nzherald.co.nz/nz/news/article.cfm?c_id=1&objectid=10583821
Have a read of the above article and see what things were like only 4 short years ago with LVR restrictions in place. In July 2009 westpac were the first bank to start offering mortgages to those with less than 20% deposit, but subject to higher fees and interest rates of course. And the most interesting point to note is they were only offering this to owner occupiers and not investors. Westpac thought that prices had dropped far enough to start offering higher lvr loans as things had appeared stabilise.
I would have said there is enough evidence there to say house prices will drop.....