Tony Alexander says the time to remove LVR restrictions is when we are heading into the next recession. Andrew Little says tweak them to focus on speculators

Tony Alexander says the time to remove LVR restrictions is when we are heading into the next recession. Andrew Little says tweak them to focus on speculators 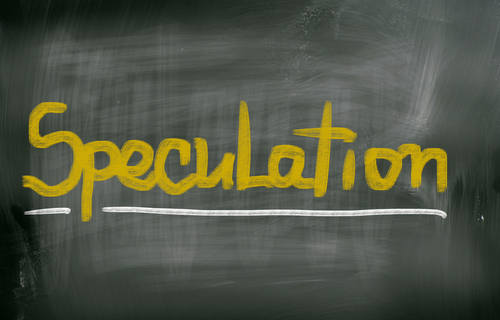 BNZ chief economist Tony Alexander says a Capital Gains Tax will not be introduced any time soon and believes the current loan-to-valuation ratio (LVR) mortgage restrictions should remain in place until the country heads into a recession.

The spectre of Capital Gains Tax reared its head this week when the Reserve Bank's deputy governor Grant Spencer called for the government to give "fresh consideration of possible policy measures to address the tax-preferred status of housing," a comment that has been widely taken to refer to the introduction of a Capital Gains Tax on housing.

Alexander pointed out that while capital profits would be taxable under a Capital Gains Tax regime, capital losses would be deductible.

So if there was a significant downturn in the housing market, it could prompt owners to put their houses on the market, and any losses they suffered would be lessened by their ability to claim them as tax deductions.

That could accentuate the housing downturn and increases the possibility of banks suffering losses which would erode their capital bases.

"The time to introduce a Capital Gains Tax is when the market has been stable for some time or is at the bottom of the cycle, not where it is now," Alexander said.

He also described the likelihood of the LVR restrictions being eased as "slim to nil" and pointed to Spencer's comment that doing so "would invite a further surge in credit-based demand for housing".

Alexander said the LVR restrictions would only be eased when  the market could handle the unleashing of potentially tens of thousands of frustrated young buyers wanting to buy a home.

"That will be when our economy is next in recession," he said.

However labour leader Andrew Little believes that the current LVR restrictions may need to be tweaked to target specific types of property buyers.

"One solution could be focussing LVRs on Auckland speculators, rather than on the regions, families or first home buyers," Little said in a  statement calling on the Government to target property speculation.

"But the first thing the government has to do is admit there is a housing crisis.

"As long as [Prime Minister] John Key and [Housing Minister] Nick Smith keep their heads in the sand, property speculators will run rampant, average house prices in Auckland will top $1 million and the home ownership dream will turn into even more of a nightmare.

"The most important action is to simply build more houses to increase supply."

No amount of tweaking this or tinkering with that is going to make a blind bit of difference when what you are up against is foreign fully cashed up buyers for whom LVRs are probably some new techno gear and CGTs are probably a new sandwich filling.

The UK has always had a CGT.

What's changed is that people who claim to be domociled overseas even though they live in the UK, are now subject to it.
So removing the foreign investor exemption has removed some foreign investors.

never remove the LVR, ever.

Yes because that will help FHBs not get into their first home.

Pretty sure Singapore Govt has similar rule on investment property with minimum deposit, it has to be cash in bank rather than equity from another property + higher stamp duty

So Mr Alexander has admitted there is potential for a "significant downturn in the housing market".

It's about time one of these lying bank employed economists started telling the truth regarding the real risks our housing market faces.

I think the most difficult part of being a "bank economist" must be keeping a straight face.

Andrew Little is making the right noises and sounds like he knows how to win votes.  By saying  "One solution could be focussing LVRs on Auckland speculators, rather than on the regions"  will win a lot of votes because the rest of NZ is starting to get pissed off.

Let's be honest. Is the rest of NZ really getting upset or just jealous?

Let's be even more so, they are pissed ie angry, they know full well, that although house values in many of the regions outside Auckland have not risen and in some cases, fallen, that if (when) Auckland's market implodes they will not be immune to the effects of it!!

Amen and pass the collection plate..
Not only will the rest of NZ not be immune in term of their house values, they will be called on to fund whatever bailout plan the politicains of the moment dream up.  No populist PM is going to stand back while tens of thousands of Auckland homeowners go bankrupt.  Or maybe the banks will  get in strife and call on OBR..  it wont be limited to Aucklanders.

Come on. No need to get personal. A comment like yours is puerile. I asked a legitimate question.

A legitimate answer:   They are pissed off!
The rest of New Zealand has to suffer all the downside and none of the upside of Aucklands housing issues.    Higher interest rates on their farms and businesses , LVR restrictions on their house loans and the potential for a sharp correction that will undoubtedly effect them very badly as well as Auckland.
All these downsides are due to a localised housing boom where localised measures should be taken to solve it.    We need to introduce Auckland specific housing measures and stop punishing the rest of New Zealand

I can understand your point of view. However, why punish Auckland for its success? Rather put policies in place to help the provinces grow and prosper instead of bringing the successfull amongst us down to the lowest common denominator.

Punish Auckland for its success. I'm pretty sure you are trolling now. I can see why you have such a positvie user name considering you think a debt and immigration fueled housing bubble is success.

Auckland is a success. Look at the job growth over the last year in Auckland. Compare it to say Wellington.  We must have debt and immigration to be able to grow. Why on Earth would you not want growth? Have you been to Wellington lately? I live here and while I do love the place, it clearly is a city rolling over belly up. Why? because there are no incentives to live here. not enough development, investment, loans, ie GROWTH.

An over inflated housing market is a failure not a success.  This needs to be bought under control as it is has the potential to be very dangerous to the entire NZ economy.

You're right though, we do need to focus more polices on boosting other area's of NZ.  The first step may be to educate people about what different area's of NZ have to offer.

You asked it in a very condescending manner.
No, I'm not jealous of Auckland and wouldn't swap Christchurch to move there.

Why would the regions housing market be damaged by the effects of and Auckland implosion? Without large numbers of  foreign buyers, frothing at the mouth investors and mums & dads jumping on the band wagon pumping prices there isnt a buyer pool that would be leaving the regionl makets en masse?

Because it is the way of things

So the regions that are to an extent disconnected from Auckland, and have not followed in the heady growth will suddenly follow an Auckland implosion?

They will be effected not as severely by falling house prices, but by their inability to borrow for their own businesses / farms / houses etc.  If the banking system becomes unstable then everyone will be effected deeply.