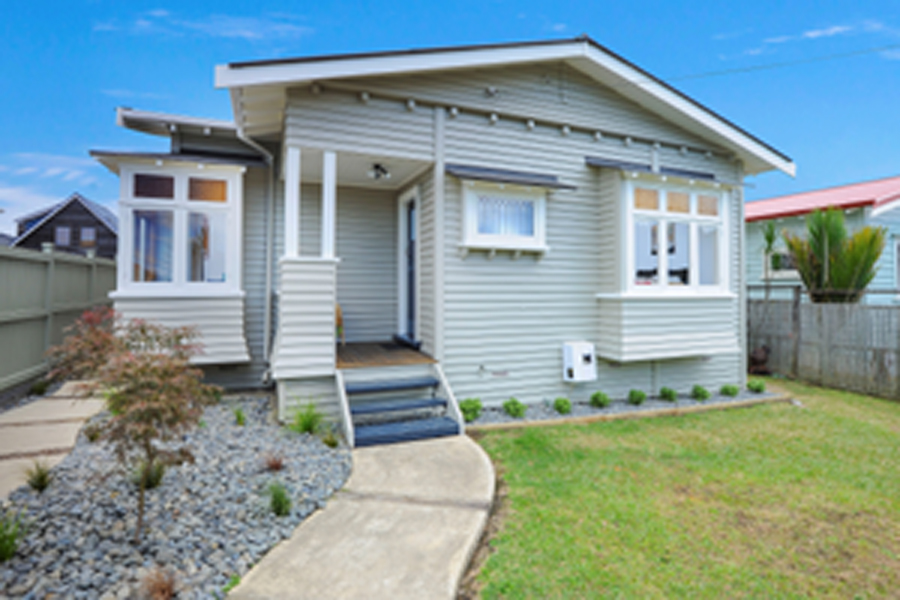 Disclosing the reserve price of a central Auckland house prior to auction has proven to attract buyers and boost the price.

A former Point Chevalier property owner got $260,000 more than they bargained for, by being up-front with prospective buyers about how much they had to be willing to fork out to partake in the auction.

The Professionals real estate agent, who suggested taking an unorthodox approach towards marketing the property, says the average price for houses in Point Chevalier is $1.1 million.

Lawrence von Sturmer says two similar properties in the area recently sold for $1 million and $960,000, while a couple of houses on bigger sections sold for $1.1 million.

Von Sturmer says disclosing the reserve caught the attention of a large pool of buyers, as those who may not have normally considered an auction-marketed property, took interest.

“It attracted all buyers, not just the auction or by-negotiation method buyers”, he says.

While around 60 people usually add his properties to their Trade Me watchlists, this house was added to 171 watchlists.

It also got a total of around 7800 hits on the Professionals, Sell Real Estate and Trade Me websites. Von Sturmer says you’d normally get 3000 to 4000 views.

He says he hasn’t heard of any other real estate agents in New Zealand disclosing the reserve price before auction.

“I’ve been trying to find an owner who would do this for a couple of years. You know, just say, this is what we want, this is what we think the house is worth; if you’ve got the money come and bid”, he says.

“[This way] the owners know that the buyers visiting the home have the right budget and when the house sells at the auction they have achieved a fair price. This allows them to plan any future purchase.”

“I feel sorry for the buyers I know who have done all their due diligence, and spent money on lawyers, valuations, building inspections, only to go along to the auction and find out the reserve is above what their financial capping might have been.”

He says disclosing the reserve also means buyers will avoid confusion caused by the “random nature” of Council Valuations.

From his perspective, von Sturmer says, “The agents will spend their time working with buyers who can afford the home and they are aware up-front that the owners are willing to accept fair market value for their home”.

In this case he says six buyers registered for the auction, while another four were quite keen. Two bidders went up and over the $1.1 million mark.

Von Sturmer says this property provided a good case study and he will try this marketing technique again.

“To set a reserve price early in the process, real estate agents must be experts in their local market and need to be confident that the house will attract multiple buyers at the reserve level.

“I was 100% sure this property was the right place... It’s got to be your typical run-of-the-mill house that’s going to appeal to multiple buyers.”

Declared reserves are done all the time in Chch, especially "as is" sales.

Some sell well above others barely make the reserve.

Imagine how many hits they would have got if they sold price by negotiation. This article indirectly points out all the problems with sale by auction; I've never met a quality buyer that doesn't want to buy by negotiation but plenty that won't buy at auction. Auction guarantees you the second best price, the highest bidder may well have been prepared to pay 1.3m but the auction didn't push them to their limits, a good negotiation would have. And the next time an agent tells you that auction is the only way to go, ask them how much more they earn and how much less work they do when selling by auction. In my experience there are two types of buyers not in the auction room, cashed up baby boomers and foreign buyers, your best buyers. You will get the bargain hunters in the auction room and God help you if it gets turned in because that means advantage buyers.

"2005 Roland Lina and myself Ian Gundesen both Licensed Auctioneers introduced the method  of Published Reserve Auctions to New Zealand and Sold hundreds of properties using this method without complaint. Legal opinion was sought and agreed we were not breaking any laws. However to safeguard ourselves we gave Vendors a choice of signing a document stating whether they preferred a Published or Unpublished Reserve. Published Reserve Auctions proved very popular in New Plymouth and gave the prospective purchasers a guide as to the amount required. This was also welcomed by those lending the money.No one forces the buyer to pay what they think the property is worth to them.. Auction is the most transparent method of sale and is buyer against buyer, not buyer against Vendor or Auctioneer. The sale becomes unconditional at the fall of the hammer and the purchaser signs a memorandum recording the sale and pays to the Auctioneer a deposit, being 10% of the purchase price which includes GST on residential properties.Art, Antiques, Thoroughbreds, Properties and many other items all over the world are sold by way of Auction and have been for thousands of years. Christies and Southerbys will need to apologise to those involved, if Price By Negotiation is a better method of obtaining the maximum amount for their vendors.Price By Negotiation can have conditions of sale and maybe preferred by some purchasers. The Agreement for Sale and Purchase only becomes unconditional (a binding contract) when those conditions are satisfied. The majority of vendors would prefer an unconditional sale which is what the Auction system provides.Ian Gundesen. (Gundy)"

I don't know about you guys, but I always associate auctions with mania.