Median housing rents have fallen for two months in a row, with the biggest falls occurring in Auckland

Property
Median housing rents have fallen for two months in a row, with the biggest falls occurring in Auckland 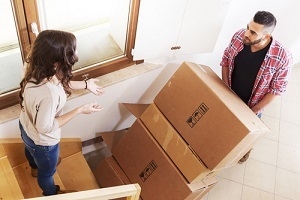 Housing rents declined for the second month in row in all three main centres, according to interest.co.nz's Housing Rent Monitor.

The national median rent was $350 a week in April, down for the second month in a row from its all time high of $365 a week in February and right back to where it was in April last year.

The same trend can be seen for median rents in the three main centres of Auckland, Wellington and Christchurch, but the trend was most pronounced in Auckland, the country's largest rental market by far.

Interest.co.nz tracks the median rents for three bedroom houses and two bedroom flats in Auckland, Wellington and Christchurch, which are calculated from tenancy bonds received by the Ministry of Business, Innovation and Employment.

Most of the bonds received would be for new tenancies, so the median rents will tend to reflect the rents being paid for newly tenanted properties.

In Auckland the median rent for a three bedroom house fell from its all time high of $597 a week in February to $580 in March and $550 in April.

A similar trend was evident for two bedroom flats in Auckland, with the median rent dropping back from its all time high of $410 a week in February to $390 in April (see table below).

The fall in the national median rent was accompanied by a drop in the number of bonds received by MBIE, which fell from 13,818 in March to 8463 in April.

That suggests the fall in rents could be related to seasonal fluctuations in rental activity.

The first three months of the year are generally the busiest for new letting activity, with many students seeking to establish flats for the academic year around that time and many people who are moving for work related reasons also tending to shift early in the new year.

That surge in demand for rental properties early in the year could push up rents over that period, which then ease back as demand drops back to more normal levels at the end of summer.

However with property prices in Auckland continuing to set new records and showing no sign of slowing down, the fall in rents could be a concern to investors looking to expand their portfolios in the region, because it will likely reduce their investment returns, which will probably already be extremely tight on newly purchased properties.

Last month's REINZ/interest.co.nz Indicative Rental Yield Report  suggested investors could struggle to achieve gross rental yields of 5% on newly purchased properties in Auckland and a fall in rents would reduce those yields even further.

Strange. What could this mean? There is no housing shortage?? On the streets I am seeing strong demand for rentals and competition from prospective tenants.

Given high investor demand perhaps Auckland has a significant number of new rental properties being made available? Owner sells up and moves out of Auckland, property is purchased by an investor.

Having said that, I do believe rents are constrained by incomes.

As I commented last month, no sign of rent increases in my neighborhood, and plenty of choice. Would like to hear from Landlords who have passed on rates and insurance increases, or are they more negatively geared than ever this year?
My Landlord, Big Olly...love to hear your comments?

I always wonder where this data comes from, certainly doesn't sit with the comment heard from flat hunters, usual story is there are large groups turning up to secure a roof over their heads. As for the above comment, I have pushed my rentals up, averaging 700 pw. From what the BnT guys tell me I am being too generous, but I like my tenants so its sits as is.

No need to wonder - data seems to be from an accurate source;
"which are calculated from tenancy bonds received by the Ministry of Business, Innovation and Employment.
Most of the bonds received would be for new tenancies, so the median rents will tend to reflect the rents being paid for newly tenanted properties."

Higher house prices can be capitalized onto the mortgage, rent increases can't be passed onto tenant workers who haven't had a pay rise.

Just shows that the so called housing shortage is a total myth.
If there was really a shortage rents would be soaring to the heavens.
I see developers who swallowed the nonsense of building "affordable" houses going broke left right and center.
I see suburbs full of overpriced new built houses standing empty with the grass growing through the floor boards.
I see the whole beat up about a housing "crisis" being exposed as a left wing con job for which we will all ultimately pay.

A left wing con job?
LOL that was a good one!
SO it's a bubble now? Or what is your theory?

Looks to me like a speculative mega bubble for which we are all going to pay.

"I see suburbs full of overpriced new built houses standing empty with the grass growing through the floor boards."

Very keen to know where that is. We will send a photographer ...

No need, David. Eric Crampton has already done the heavy lifting (http://offsettingbehaviour.blogspot.co.nz/2015/04/empty-houses.html) on this zombie theme.

Not so sure. EC's political outlook seems to introduce bias into his opinions. One of the alternative & additional ways would be to look at electricity consumption over a year per dwelling and also correlate dwellings that have no electricity account with the title also. I cannot off hand see such a method as lacking acceptable accuracy.

I think its only a vision in his head. And Im not too far from his point of view either. I posted a metaphor about a very large swimming pool with a leak and a refilling it with a hose. People are looking at the flowrate of the hose being 5x the flow rate of the leak and freaking out. They forget the size of the existing body of water in the pool and that the inflow overall has a very small effect.

The real reason developers are slow to response to the 'extreme shortage' is because there might not be one, yet.

Humans brains work backwards, they see extreme prices and backward justify whats causing it (theres a good book called scientific advertising (i think) that explains this pychology. I see it every day in the stock market, price goes up and up, must mean its a great company so better buy; truth is a property in auck today is fundamentally nearly identical to what it was 3 years ago (based on rents and income, and accounting for a relatively small increase in pop of 1.5-2% p.a which is nothing new for auck and not a lot higher than many other nz cities have seen in the past, welly often runs around 1.5%, at 1% range at present, but not orders of magnitude different to auck as the house prices and media would have you believe).

I assume it is a projection of the future like say how Ireland or the USA turned out. The problem is we dont know just what the true situation is and it seems the Govn isnt prepared to spend the $s understanding the issue.

Woah, prices up 15%yoy following 20%+ last year and rents going down? I'm no genius but something isn't right. Would love to see the stats on how many houses have been transferred into the hands of investors over last 5 years.

Btw- some signs the heat is spreading down here in Wellington. Bid on a house on the weekend. 4 bed, good spot but no parking and only 180sqm. 11 offers, winner 45% over CV. Blew my offer off the table by 150k

It's pretty obvious, the sheer number of houses being turned into rentals is driving rents down. All this must be tearing a pretty massive hole in the governments revenue via the accommodation supplement and various tax deductions.

Yes so government spend will be up due to WFF and accom sups and revenue will be down due to negative gearing. Our govt won't touch this as too hard but over in Aussie they are starting to talk about it and it's only a matter of time before they get rid of it

but wouldn't we see that in Govn expenditure? Also just where are all the ppl entitled to (ie the un-employed, WINZ etc) the supplement coming from? I mean our un-employment rate has not got a lot worse.

You are seeing it. Sharetrader articulated it perfectly. The point is that it’s now impossible to live in a house you purchase in Auckland. You have to rent it out and claim deductibles.

All the while I’d be raking in a 100K per year tax free capital gain. Everyone is doing it!

Yea but pop has increased what 1.5% p.a? So if unemployment rate remains the same then number of unemployed is also increasing at 1.5% p.a.

And WFF is a benefit for working families; More kids = more money. (I once calculated it at 400 a week for fam with 5 kids living in a small city, 1 working parent on 30-40k, enough to cover rent for a 4 bed there). Makes renting a 3 bedroom house and chucking in bunks or a sleepout (with bunks..) good economics.