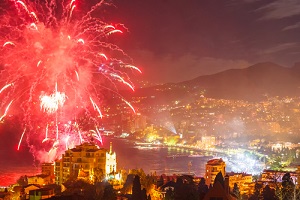 Harcourts sold 2188 homes throughout the country last month, which was its best May ever and second highest number of sales made in any month in the company's history.

"So far we've seen little sign of the seasonal slow down that traditionally comes with the onset of winter. In fact the opposite is true," Harcourts chief executive Hayden Duncan said.

However the surge is sales was largely confined to the North Island, while sales numbers in the South Island were largely flat (see table below).

Sales were particularly strong in Auckland and Northland, where the company sold 745 homes in May, up from 660 in April and 41% ahead of the 529 it sold in May last year.

"Supply remains the biggest issue in most areas," Duncan said.

"While it is encouraging to see new listings in the Auckland/Northern region up 19% on May 2014, overall inventory is down 15.2% in the area compared to May 2014.

"Only Christchurch is showing an improvement in inventory compared to last year, likely caused by more rebuild stock coming on to the market.

"Wellington enjoyed continued signs of increased investor activity with sales volumes up 22.5%, though the average sale price was down 1%, indicating a higher volume of sales at the lower end of the market," he said.

hmmm, due to the RBNZ's latest rules on investment properties, maybe?

No mention of that?

My local contacts in real estate tell me that the level of inquiry and sales here in Northland and the Bay of Islands is very high.
Seems a lot of folk are looking to re locate from Auckland, particularly the BB's but also investors and folk with connections in the North looking at the less expensive areas. Makes sense to me, she's a great place in many ways.

Would appear that the government and Reserve Banks latest meddling in the market has caused a speculative surge across the country. 12 months down the track we will possibly have witnessed the strongest annual increase in house prices seen in the last 20 years.

Well, it must be time for the regional cities to get some house price growth after 7 years of flat/decline.