Tony Alexander says offshore Chinese property buyers and undercapitalised kiwis buying duds for the sake of getting into the market, are starting to close their wallets

Property
Tony Alexander says offshore Chinese property buyers and undercapitalised kiwis buying duds for the sake of getting into the market, are starting to close their wallets 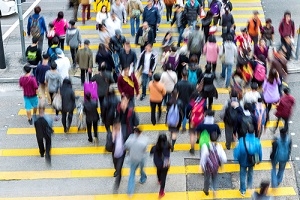 Cashed-up Chinese, and kiwis suffering from a fear of missing out (otherwise known as ‘FOMO’), are pulling back from the flaming Auckland property market, according to BNZ’s chief economist Tony Alexander.

Alexander says he has heard a “plethora” of anecdotes suggesting some Chinese offshore buyers are walking away from deals, encountering too many “little roadblocks” in their way.

In his latest Sporadic, Alexander notes “none are running scared and no one has any stories of properties being sold”, but there is evidence of people backing away.

Barfoot and Thompson managing director Peter Thompson says there’s been a decline in the number of both offshore and New Zealand born Chinese in auction rooms over the last couple of weeks. Yet a good portion of them are still buying.

What’s sparking the Chinese pull back?

Alexander says there’s no single deal-killer, but rather a number of factors that are getting in buyers’ ways.

These include the government, as of October 1:

And the Reserve Bank, as of November 1:

Alexander says the fact consultation is underway on a withholding tax from July next year is another roadblock.

Thompson agrees these restrictions have impacted Chinese buyers, but notes they haven’t done so more than they’ve impacted buyers from other parts of world.

He says, “You always do see a little bit of hesitancy [when new laws come in], but you also see new opportunities for a different group.

“A lot of these rules are only going to apply to investors who sell within two years, but people may be looking to more long-term investment, rather than short-term investment. That gives them a greater opportunity than the short-term people at the moment.

With immigration at record highs, Thompson says it’s also important to remember the Chinese are only a portion of buyers, with a number coming from Russia, the UK and Europe.

He says China’s market turmoil, as well as the Chinese government’s restrictions on the amount of money the Chinese are able to take out of the country, should also be factored into the equation.

Thompson says this sort of uncertainty tends to spark a slowdown for a month or two until people get a better idea of how things are going to pan out.

This aside, he believes activity from Chinese buyers will pick up again in October, as China’s annual holiday period begins.

As for New Zealanders, Alexander says “Inexperienced, undercapitalised people who were entering the housing market from early this year feeling that they had to buy any old piece of crap to avoid missing out on 'easy' money have also backed away – thank goodness.

“The figures do not show this yet, but they probably will before the end of the year.”

Thompson says, “We haven’t seen the number of sales fall off. It’s just most probably the number of buyers that have been attending the auctions.

“The clearance rate at auctions has come down 2-3%, but a large number of properties have sold after auction either conditionally or to people who have negotiated the price with the vendors after auction.”

When Tony the arch property spruiker says something a little bit negative about the Auckland property market you have to take notice. Maybe we are on the cusp of a change in sentiment. Maybe more and more people will sell to lock in their profits. Property is not so easy to sell. People in Australia and China that were sitting on large capital gains in shares will be not so keen to plonk money down on NZ property.

Exactly - Tony is a complete sellout so it must be bad for him to retract on all his previous positive spins.

In case you hadn't been watching
The 90 million little punters who jumped into the Shanghai sharemarket were simple lower-socio-economic punters - the workers - not the upper-level Foxes and Tigers, the connected cognoscenti who sucked $150 billion out of China in August 2015 alone

The 90 million little people either lost their shirts, are bankrupt, or trapped and still locked in

In case you haven't been watching

Tony Alexander quotes:- Peter Thompson who says
China’s market turmoil, as well as the Chinese government’s restrictions on the amount of money the Chinese are able to take out of the country, should also be factored into the equation.

whereas The Economist says
Official data indicate more than $150 billion of capital left China in August 2015 - a record
http://www.economist.com/news/finance-and-economics/21665042-lots-money…

You make an interesting observation 'two otherguys', but just a point of clarification, Tony Alexander isn't quoting Peter Thompson - I am. I interviewed him after Tony released his Sporadic.

AKL is such a nice and an established part of NZ; expecting a reverse in property prices in its good suburbs is like dreaming.

...and dreams do come true.

I find this such an interesting viewpoint. I'm sure you're not alone.

If this "dream" were to materialise, how many people like you will panic and run for the exit???

How long can you hold your breath on 2-3% yield with no capital gain?

Respectfully, this is nonsense.

If prices in nice Auckland suburbs had risen to a median of $3m this cycle could they reverse? What about $5m? $10m? The point is, why exactly are current prices at a level that won't reverse? Why were houses 20% "undervalued" last year compared to current prices?

Yes with all its rain, traffic congestion, heavy rental costs, heavy mortgage costs and extra costs such as fuel for those long work commutes it is absolutely fantastic and unbeatable.

Whats more, it hasn't even happened yet!!!!