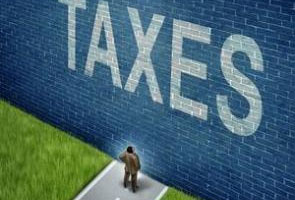 Lawyers and accountants have described the Inland Revenue Department's drafting of the proposed Residential Land Withholding Tax as incoherent and inconsistent -- potentially resulting in an “own goal” for the government that would slow the rate of house building in Auckland.

The tax is part of the government’s May 2015 package of measures to crack down on avoidance of tax by property investors, and is designed to capture tax owed, under the two-year bright line test, by overseas vendors who sell a residential property within two years of purchase.

Conveyancing lawyers will be required to withhold money from the sale of the property and give it to the IRD.

Bryce Town of the Auckland District Law Society said that, while the Society supported the withholding tax, the legislation as drafted was “somewhat blunt and due to lacking a degree of sophistication it's going to cause some unexpected damage and will have some negative consequences.”

'May slow down development'

Joanna Pidgeon, the Law Society’s vice president, said the lack of clarity and precision in the legislation meant too much responsibility was being placed on lawyers to exercise discretion and this would result in the “clogging up” of development.

“We don't want lawyers to be having to make determinations, we want the process to be simple, straightforward, black and white because of the consequences on lawyers making those determinations,” Pidgeon said.

“With the case of development land that has been on-sold we don't want lawyers to be making calls or having to get tax opinions when the sale is going through, we want it to be absolutely black and white otherwise lawyers will be erring and saying the tax will apply and that will be a clog on developer's equity and it will slow down development,” she said.

'To much discretion for lawyers'

Town added that lawyers were also concerned that the lack of precise guidance from the IRD meant they would be the subject of their client’s wrath and pressured to exercise discretion in their favour.

Lawyers “don't welcome this obligation and will come under considerable pressure from overseas vendors to exercise the discretion where discretion exists. Lawyers, being cautious, will need to get rulings from the IRD or a tax opinion, whatever they do it is going to cost a lot more money for the vendor,” Town said.

“What we want to see is simple tests that alleviate any need for discretion because the pressure that lawyers will come under from overseas persons. This is a blunt instrument because the tax doesn't take into the real costs of the ownership of that property.People will be very angry that their lawyer is required to take this withholding tax where in actual fact they may have made a very modest profit when you take into account the costs involved and may have in fact made a loss when you take into account all the costs incurred,” he said.

EY executive director David Snell called for the legislation to be deferred, telling the select committee that the “biggest risk this legislation faces in our view is of overkill, inadvertent confusion making life unnecessarily difficult for a range of taxpayers who would be currently compliant”.

“I think it should be deferred sufficiently to enable the rough edges to be ironed through. I would then suggest a lead time of a number of months particularly because a lot of the detail of this work will have to be done by conveyancers, and conveyancers don't spend their life working through the details of tax legislation so I think there will be a period of education of that part of the profession,” he said.

Snell agreed with National List MP Chris Bishop, who said it was “bizarre” that the proposed legislation used a different definition of an “offshore person” than that used by the Land Information legislation and the bright line test, which are part of the same package of measures.

He said the definition of offshore person used for the withholding tax would capture “a number of New Zealand companies and New Zealand tax residents,” if just one other person involved with them in a partnership, company or trust met the definition.

Peter Vial of Chartered Accountants Australia and New Zealand said the difference in the definition of an offshore person was illogical and “likely to result in extensive compliance costs.”

Vial warned that a New Zealand couple who sold their home owned by a trust might find themselves subject to the withholding tax if a beneficiary of the trust, such as one of their children, had moved overseas for work.

He also said the costs would outweigh the revenue raised by the legislation, estimating that it would only bring in $12 per property sale when averaged across the 86,000 annual residential property sales.

“We did talk to a range of lawyers and conveyancers and they estimate on average this could cost a residential property seller $200 per transaction, Vial said.

vested interests arguing against determining where the money is coming from, maybe they are more worried about getting caught setting up structures and vehicles that let corrupt funds in to be washed
http://www.nzherald.co.nz/business/news/article.cfm?c_id=3&objectid=1159...

...I find it hard to believe our legal friends would argue against the opportunity to charge more fees.

I'd still call that a Win Win for NZ, As it will hopefully reduce the number of over seas investors trying to cash in on our property market. In turn that should take help to reduce the pressure on housing market (Mainly for Auckland), And allow FTB to gain a foot hold.

I do agree that there's needs to be more clarification over the new rulings, any ambiguity can result in Investors wriggling out of paying the tax that they owe.

One minute the Law Soc says the legislation as it is is unsophisticated and lacking in detail. Neckminit they say they want it in simple language, black & white? Also not wanting to burden lawyers?? Isn't that how lawyers make a living, dealing with complexity? How many of the Law Soc lawyers got rich mates from over the border have property interests here.

Lawyers should boycott this and simply refuse to collect the tax. Too much at risk for them if they get it wrong and a completely illogical move by the government. They will probably have to postpone this scheme as it is simply not workable. Any lawyers out there - what are your thoughts on it?
How do you deduct enough to cover the tax on the profit if they have also used the house like an atm gorging on cars, boats and holidays so that there is not enough equity to pay back the bank and the tax - who gets priority here.

I can understand the lawyers point of view, but as they are working for overseas investers and the like, it t will depend on the honesty of the clients. Lets have a look at theirs honesty. Refer
http://www.scmp.com/lifestyle/article/1879850/chinese-most-dishonest-jap...

Sounds like squealing from those stuck in the loopholes as they contract. How sad that they can no longer tell someone how to fudge their circumstances to avoid tax. If it was "black and white" we would not need their services at all. It seems that as soon as the law or accountants society opens their yap to complain about anything you can assume it is a good move....

The whole tax system is convoluted. It would be better to implement a new tax system.....but the IRD wouldn't want something like an Automated Payment Transaction Tax APT Tax given there wouldn't be much need for an IRD. If we are going to use words like "Inconsistencies", "negative consequences", "degree of sophistication","exercising discretion", "determinations" etc then why not at the very minimum have a full discussion on the entire taxation system as in its current format it is a stinking, expensive, inefficient method of funding the Government and it creates distortions, inequality and resentment.