Asking prices on Realestate.co.nz flat in Auckland, down in most other regions in April

Asking prices on Realestate.co.nz flat in Auckland, down in most other regions in April 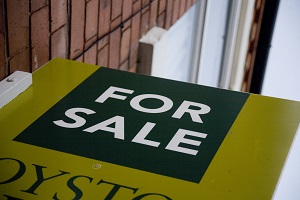 Autumn may have been mild (so far) this year but the first signs of the traditional winter slowdown may be starting to blow through the housing market.

The latest figures from property website Realestate.co.nz show that the average asking prices of properties newly listed for sale on the website in April were slightly lower in most regions than they were March.

And there were fewer new listings in April in several regions including Auckland and Wellington compared to April last year, although the overall number of new listings was up 6.1% compared to a year earlier.

In Auckland the average asking price of newly listed properties was almost unchanged at $861,305 in April, which was down a miniscule 0.1% compared to March, suggesting prices may be flattening out.

However there were only 3417 new listings on the website in April, down 1.6% compared to April last year so that should keep supply tight.

The Auckland housing market has hit its peak in August 2015 and has been trending downwards since then. You just need to look at the stratified index. http://www.interest.co.nz/charts/real-estate/house-price-index-reinz-rbnz

You would almost have to be thick or completely biased to ignore this fact. However, everyone including majority of the media only seems to using real estate company data looking at their Median price. Having an overall city Median is absolutely useless in explaining what is happening in the market. For example, if in one month you only sold houses in Remuera, it would seem like the Median has skyrocketed whereas the next month if you only sold houses in Otara/Clendon it would seem like it has crashed.

We have been tracking the data for many months now and if you compare suburb by suburb data, it has been flat / downward since mid last year. it seems now even the real estate companies have given up spruiking the market now and are being cautions in their statements seen by Peter Barfoot's comments today:

"and the likely cause of this was caution around current pricing and the low number of properties on the market, restricting choice." - This implies that people are reluctant to sell at a lower value than they previously bought.. i.e. the market is not willing to meet their asking price. However, it seems that there are a few buyers going all in as they have been previously missed out over the past year - this is temporarily holding up the price for now.

"Overall, activity in April is best described as restrained"

Our analysis now confirms there is only one direction for the housing market in the near future.

Interesting...but auckland is still remarkably cheap and has a long way to go. It is the employment and growth engine of NZ, immigrants love it, the council and government have no clues about increasing supply.........prices can only go one way.

Haha. Tell that to somebody earning an Auckland salary with a straight face.

Cool, maybe someone at the RB should look at this, realise there is no issue with house prices and get Wheeler to man up and cut rates.

Well said Mecheng, and thanks for the graph, very interesting for Auckland...

If you check the technical analysis chart of Auckland housing, it has not hit its peak.

Does technical analysis work that well on a real estate market though?