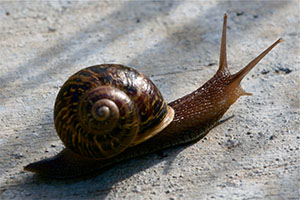 The housing market has made a disappointing start to spring with the usual rush of new listings failing to arrive, according to property website Realestate.co.nz.

The website signed up 10,519 new residential listings in September, barely changed from the 10,585 it signed up in August and down 12.2% from the 11,983 new listings it attracted in August last year.

"The traditional lift in housing market activity during September failed to eventuate, highlighting the unpredictable nature of the property market in 2016," Realestate.co.nz spokesperson Vanessa Taylor said.

The trend was particularly pronounced in Auckland, with just 3564 Auckland residential properties newly listed on the website in September, down 5.3% compared to August and down 17.9% compared to September last year.

New listings in the Waikato, Bay of Plenty and Wellington followed the same pattern as Auckland, with the number of new listings in September well down on both August and September last year.

However Canterbury went against the trend, with 1390 new listings in September compared to 1268 in August, but that was still down on the 1459 Canterbury properties that were newly listed on the website in September last year.

But although there's been a decline in the number of new listings coming to market, sellers do not appear be dropping their asking prices.

More reason for house prices to continue to surge. FML

Apparently not. Auctions very quiet. Few people can sell as nothing to buy so market has stalled. If you have the funds you can get a relatively ok deal at the moment compared with earlier this year. Still bloody expensive though.

It could be a lot of baby boomers have taken advantage of the price rises over the last couple of years and downsized or moved out of town to pay for their retirement so the amount of new stock to come on the market this year may be more limited. Anyway that's half a theory. Let's see what happens over the next 3 months.