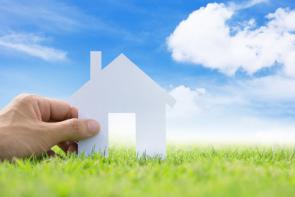 The country's local councils say they are keen to work with the new Government "as a matter of urgency" to find alternative ways of funding growth infrastructure.

The representative body of the councils, Local Government New Zealand says funding growth infrastructure "is the highest priority for councils" and it has welcomed the Government’s plans to review local government costs and revenue.

President of LGNZ Dave Cull says the Government’s commitments to reviewing the drivers of local government costs and its revenue base are timely and necessary and with councils preparing long-term plans "swift action" is needed.

“Relying primarily on property rates and the current development contributions regime to fund incredibly expensive new infrastructure for new residents is not sustainable or fair, and many councils are reaching their debt limits. We are looking forward to working with the Government on finding alternative funding methods.”

Cull said it was not just big cities that were experiencing  infrastructure issues.

"It is an issue for all councils as growth returns to the regions, in particular for councils with small rating bases needing to upgrade or renew infrastructure."

He says potential solutions could include further special purpose vehicles to allow councils to borrow off their balance sheets, visitor levies or user-pays systems.

Hamilton City Council mayor Andrew King said 'growth councils', such as Hamilton, were "doing everything they can" to leverage the opportunities presented by growth.

"These opportunities, however, come with a number of challenges, not least the costs of infrastructure to enable growth,” King said.

"The ability of individual councils to fund this infrastructure is limited. Councils and the new Government need to collaborate on new funding models so we can build infrastructure for new homes with urgency and ensure a supply of affordable housing. Success will mean councils can better manage the future impact of growth-related costs for our ratepayers."

Auckland deputy mayor Bill Cashmore said there was an “absolute dire need for alternative funding streams for local government infrastructure to be delivered for this long-term plan process”.

Mayor of Tauranga Greg Brownless said that as soon as possible alternative funding streams - such as a share of GST needed to be actioned by the new Government to fund critical infrastructure.

Queenstown Lakes mayor Jim Boult called for a contribution from its visitors to help fund key infrastructure used by tourists.

"We've got a massive infrastructure spend in front of us created largely by burgeoning tourism and the district’s small ratepayer population needs some form of new model to meet this challenge," Boult said.

"We urgently need new legislative tools, such as a visitor levy, to help build the infrastructure Queenstown needs."

Yes, it is completely fair that ratepayers pay. They are the ones demanding the services. If there is an issue it is with the local government politicians that constrain their spending to needs not wants.

1) Change the LGNZ act to require local government to focus on their infrastructure needs not their wants. Christchurch is a prime example where levels of service have been improved through projects after the earthquake rather than simply repairing to the same standard.

2) Force small local government areas which cant afford to fund infrastructure to amalgamate to achieve economies of scale. For 4.5m people we still have too many councils

The idea of a low level Land Tax is that the uplift in property values caused by the surge in immigration pays for the infrastructure to support the extra people. It seems like a good idea, but why do we need more people? Cultural cringe?

On the basis that governments are not very good at sums, it seems to me that in our situation, more people makes us poorer. More people means we must borrow more to pay for more infrastructure, and this makes us poorer and more indebted in the long run. I see this is good for the banks, and rising house prices make home owners feel wealthy at first, but the debts take their toll over time.

Yet another enormous consequential cost of our ridiculously high immigration. Where is the return for this huge investment that we are having to make across the whole economy.
- Keeping the ponzie economy going?
- Keeping house prices rising?
- Almost getting National re-elected?

If they could just stick to the basics and kill the white elephants that would be great. My local council rates are about $3500 a year but they only provide minimal services. There is council water and sewer services however the infrastructure is a joke. The pipes are so small I must install a small septic system which is a red-tape super expensive custom specification designed specially for the council's mates. I also must have a water tank because the water pressure is but a trickle. I don't even want their water connection as I have to have well water anyway.

I'm paying $30k for all this infrastructure and the developer paid for the roads in the subdivision. Then I have to put up with $8-9k for a building consent so grumpy old set in their ways pencil pushers can dictate that my house is exactly as cold, drafty and expensive as all the other standard houses. I don't see what I'm getting for all this money? I guess people can't live with an outdoor swimming pool, so they had to pay big $$ to put a roof over it.