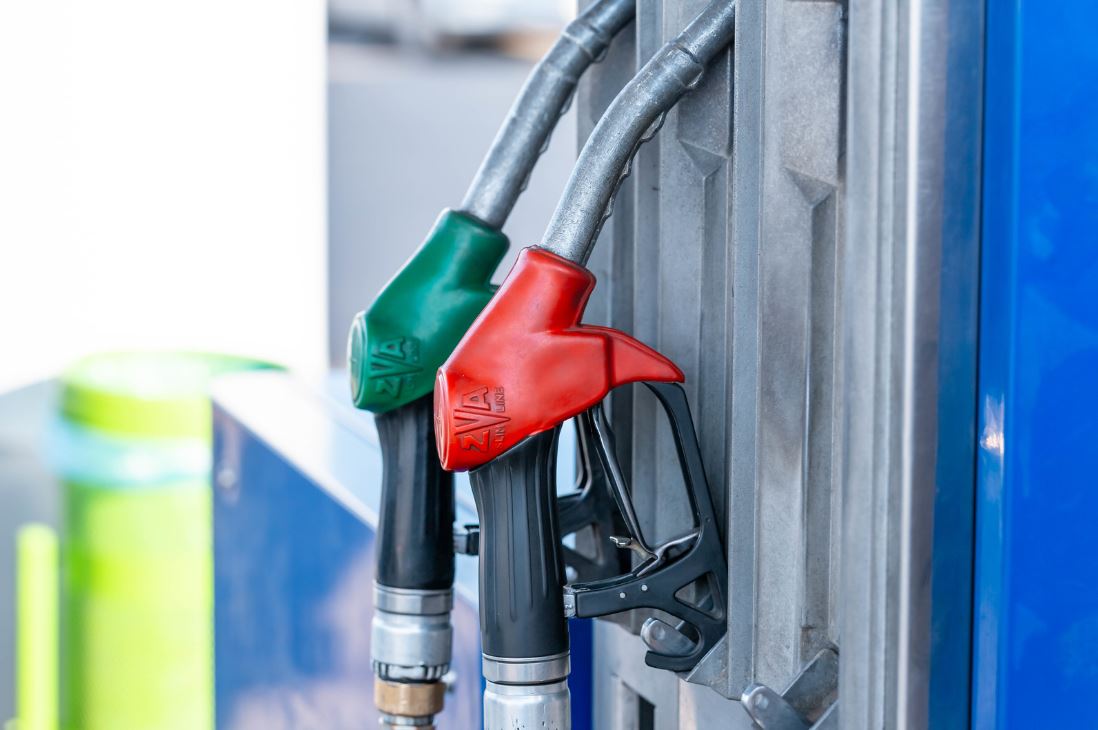 Economists are criticising the Government’s decision to ease the pain of inflation by temporarily cutting fuel taxes as a short-term band aid that’s more political than it is economic.

The Government on Monday said it would reduce the tax on petrol by 25 cents per litre, and cut road user chargers (which affect diesel users) by an equivalent amount for three months.

It noted the war in Ukraine would keep causing price volatility, if not price rises, so kept the door open to extending the tax cut beyond three months. It said it would phase out the discount when it eventually decided to remove it.

The Government expected the discount to cost $350 million, and said this would be paid for by redirecting borrowed money set aside for Covid-19.

It expected the discount to save motorists between $11 and $17 per tank, and dampen prices of goods that need transporting more broadly.

Olsen: Controlling the price does not sort out the underlying problem

Infometrics economist Brad Olsen worried the temporary tax cuts were untargeted and might be hard to unwind - especially if prices remain high going into 2023 - election year.

He also feared they went down the road of imposing price controls, which disregard price signals.

“Controlling the price does not sort out the underlying problem,” Olsen said.

While some motorists might not be able to respond to high prices by driving less or using a more fuel-efficient car, others will be able to change their behaviour. What does using borrowed public money to cushion them achieve?

On this issue of price signals, Olsen also worried the cuts reflected a hesitancy by politicians to let people pay the inevitable price of lowering carbon emissions.

“But we need to be clear, we will face high oil prices again,” she warned.

“Both as we have in the past because of scarcity shocks, and also because the Emissions Trading Scheme essentially needs to quadruple before we get in the realm of meeting our transport obligations by 2050. Oil prices are on a gradual climb, so we need policies that actually reduce car dependency, not just muffle the cost.

“The risk is this becomes a toy lever to give short-term relief to stressed middle class voters and is a convenient cover for the main cause of our cost-of-living crisis, which is astronomically expensive housing.

“When we live with chronically high housing costs, we have no runway to absorb price shocks, which reflect a real world scarcity hit. We are kidding ourselves if we think we can adjust oil prices to suit wallets sustainably.

“Anything else tinkers around the edges.”

Bagie: You want cooperation between fiscal and monetary policy

Independent economist Cameron Bagrie likewise said the Government should be doing more than looking at the cost of fuel.

He feared it’s continuing to spend a lot, while the Reserve Bank is tightening monetary policy by lifting interest rates.

“You want cooperation between fiscal and monetary policy,” he said.

Nonetheless, Bagrie recognised temporarily cutting fuel taxes will slow price rises very slightly in the June quarter (by 0.5% year-on-year according to ANZ economists) at a time inflation expectations are high.

“The longer we see inflation remain high, the greater the chances it’s going to be embedded,” he warned.

Looking at the bigger picture, Bagrie also worried about the security of supply of energy in New Zealand, in the context of the war creating geopolitical divisions.

He was concerned about New Zealand being forced to choose between China and the US, or put another - “Alibaba and Amazon”.

The Government on Monday also announced it would support local authorities to halve public transport fares for three months at a cost of between $25 million and $40 million.

Collins noted, the announcement got “a lot of hype, but using public transport is already several magnitudes cheaper than owning a car (if you consider the total costs of ownership)”.

“The relative incentive is already baked in,” she said.

“Convenience is the barrier that hinders use - so I'd rather see money going into improving frequency of services, removing parking in cities, and building cycleways to make other active modes viable. These policies can reduce car dependency in the long run.

“Based on the Netherland's experience in the 1970s and Paris' cycleways pilots in 2020, oil shocks and pandemics are an opportunity to shake transport habits and preferences out of usual inertia, so we should make the most of this one.”

On this issue of price signals, Olsen also worried the cuts reflected a hesitancy by politicians to let people pay the inevitable price of lowering carbon emissions.

I have heard not one politician-Green or otherwise- come out and say that cutting emissions comes at a cost. We are supposed to believe that somehow, the transition can be made with NO effect on our standard of living. This is dishonest, but understandable. It's not what voters want to hear.

GDP growth remains sacrosanct-infinite growth on a finite planet. While all parties are culpable, the Greens are more to blame than the others. They must know that they are not telling voters the truth and why? Because they are all too human and they enjoy the perks of office just as much as anyone else.

I don't know the Greens are MORE to blame? They seem to be drinking from the techno utopian green growth hopium trough, but all the parties to the right of the greens are equally or more to blame. Some want to even wind back ute tax tokenism.

The greens are constantly talking about extra costs for poorer people. It just keeps getting labelled communist behaviour for it and ignored by the lip servers.

They wanted a payment to low income families, rather than the fuel tax cut.

I think you'll find that any tax revenue from ets type tax's is compensated to lower income  in all Thier policies.

"Convenience is the barrier that hinders use" says Collins.

Not disagreeing at all, but for completeness if I may add the following thought.

Why is the Auckland train so slow ?

Time is money, and the train is so slow that people can get to work faster on a bicycle(non electric) from some of the outer suburbs 20km away then using the train. A fact.

Agreed.  When I first arrived in Auckland I assumed 30km from the city centre would take about 20 minutes as per most European cities. I guessed Helensville would be in the commuter belt.

Keep cutting tax on fuel, and the $8b shortfall for roading will need to be found elsewhere.  Maybe we could ask the Australian banks if they wouldn't mind shouldering some of the burden in the cost of living crisis?

I'm sure the people who baulk at the idea of fuel taxes would be equally disturbed if we were to split the road funding requirement of $8b across the $1.9 million Kiwi households.  $4200 per household.  But at least it will be GST exclusive so wont be a dreaded "tax on a tax".  Personally, I'd rather pay tax behind the fuel, a 50 liter fill every week (if I get that far) equates to roughly $3k in excise per year including taxes on taxes on taxes.

Some of the shortfall could be made up by reducing wasteful spending.

yeah for a start, get rid of the team out the back of the MoT that keeps the staff courtyard warm in winter by burning $100 bills.

What else did you have in mind? Mill Road, oh wait they already scrapped that.

It could be, but until it is, the shortfall still exists.

Just bring in RUC for EV's from next week. They've been subsidised for long enough now.

Different area, but precedent might be National pulling the Kiwisaver kick start with nil warning.

This is a terrible subsidy but neither Consumers nor Government can cope with rampant inflation currently. Government are trying to use fiscal support to ease the effects of RBNZ allowing inflation to run well above target and impoverish the population.

All well and good to say 'just change car usage patterns and urban planning', but these things take decades to flow through and if the idea is that consumers have the capacity to keep copping these kinds of increases until they start paying dividends then you might as well give up on NZ right now.

Bandaid solutions seem to be our standard rather than addressing our long term problems. Accommodation supplement, imported workers and minimum wage increases to address poor wages rather than address our  our low productivity per person. These are great in the short term but have increased the cost of living and put a strain on our infrastructure. As a teenager in the 90s we were going to be a knowledge economy, so going to university was pressed on to us as the only way to make it, meanwhile apprenticeships were phased out, now we have a lack of tradies and PhD candidates working at coffee shops. Now being a tradie is seen as a path to riches, no doubt, in years to come we'll have a glut of tradies. We had the opportunity to become a knowledge economy but didn't put the system or investment in place, rather trading houses amongst ourselves. We're like that friend we all have who is  living week to week rather than asking ourselves what are our long term goals and working and sacrificing to achieve them.

Call it a band aid, or anything else. Its like receiving a prezzie in bad times. Feel good factor here. And NZ makes the world news again.

That Collins seems to be a mental move ahead;

'so we need policies that actually reduce car dependency, not just muffle the cost.'

Correctimundo. One wonders if her time with the IEA taught her the essential energy-underwrites-money point? Ralph Sims and Chris Laidlaw are others who did stints there, but I can't recall either putting it that clearly.