Economist Brian Easton says the informed discussion on the next steps in tax policy is about improving the income tax base, not about taxing wealth directly

Public Policy / opinion
Economist Brian Easton says the informed discussion on the next steps in tax policy is about improving the income tax base, not about taxing wealth directly 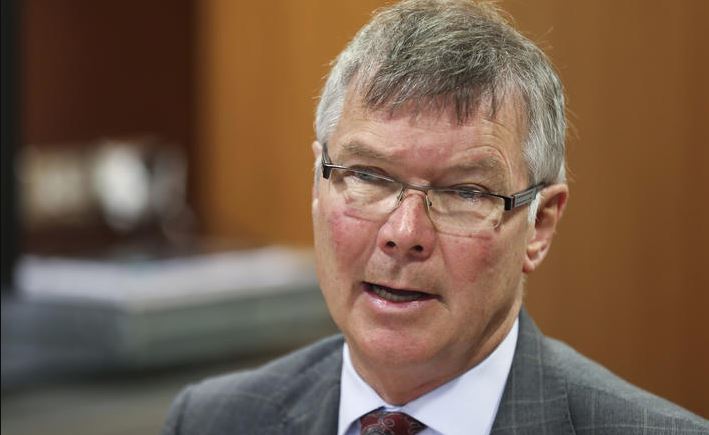 David Parker, the Minister for Inland Revenue (pictured), gave a clear indication that his talk on tax was to be ‘pointy-headed’ by choosing a university venue for his presentation. As a result most – but not all – of the questions from the floor were cerebral rather than political. Not that the minister had any problem dealing with the latter, while sometimes his responses to the former were ‘that’s an interesting idea’, as you would expect at such a venue.

The parliamentary press gallery also turned up although there was not a front page story – there would never be one about tax a fortnight before the Budget. Instead, they invented one. Before discussing the resulting tax discussion, let me report the two main points the minister made (after he had got past the politicking).

First there is work on a proposal to introduce a Tax Principles Act. Successive tax enquiries over many decades have recommended it and overseas countries similar to us have set down such principles.

Parker drew attention to the lacuna, contrasting that we already have fiscal responsibility legislation and reporting frameworks for child poverty and climate change. I would add that the Public Finance Act itself has reporting requirements monitored by the Auditor-General (Parker is an Associate Minister of Finance) and the Bill of Rights has a similar kind of oversight (he is also Attorney-General). A Tax Principles Act is not a constitutional earthquake but it would be progress.

What will be in the Act? The minister suggested it would be based on ‘that most core value of New Zealand - fairness’. He cited principles which go back to Adam Smith:

* Horizontal equity, so that those in equivalent economic positions should pay the same amount of tax;

* Vertical equity, including some degree of overall progressivity in the rate of tax paid;

* Administrative efficiency, for both taxpayers and the Department of Inland Revenue (IRD);

* The minimisation of tax-induced distortions to investment and the economy.

There was a comment from the floor that there should also be a provision for inter-generational equity, but that is extremely hard to define or implement. The Public Finance Act already requires that fiscal strategy should have ‘regard to its likely impact on present and future generations.’

More generally, at this stage we have not seen the proposed bill so we do not know its compass or what teeth it will have.

The minister’s other big focus was that the IRD is working on improving what we know about the wealthy. He commented, ‘our statistics are worse than Australia’s & Europe’s’.

Typically, the existing statistical framework is inadequate because it is based on sample surveys, which are never good at the top of the statistical tail because there are so few observations in the sample from a very heterogeneous lot. Almost invariably the statistician ends up using ad hoc methods to fill the gaps. (I have become quite expert on this.) Alternatively, as the IRD is doing, one can go to other databases and splice them in while adding special surveys.

Given the importance of wealth in the economy and as a part of the tax base, our ignorance is deplorable. (Presumably previous IRD ministers have been slack; when you look at some of the recent ones you will not be surprised.)

Many journalists and commentators assumed that this was a step towards introducing a wealth tax. That is not obvious. I accept, as apparently did the commentariat (even those who represent the rich), that there may be a lot of tax avoidance and evasion – the former is legal, the latter is illegal. Or there may not be – that is what the IRD investigation should shed some light upon.

One of the main activities of the IRD is to identify unintended loopholes in tax law which are exploited for tax avoidance (as well as enforcing measures against those who try to evade). This is not an exclusively Labour activity. Recall the Key-English Government took measures following disclosures from the Panama Papers.

My guess is that following the wealth investigation, various loopholes in the income tax system will be closed. I shant be surprised if a major problem proves to be trusts, which are an integral part of a liberal society but are increasingly used for the not-so-liberal purpose of tax avoidance. However, I have no idea whether closure of those loopholes will generate a lot of revenue or only a little. Closing loopholes is not imposing a wealth tax. It is practising the tax principle that those in equivalent economic positions should pay the same amount of income tax.

The minister was pressed about the need for a capital gains tax. He played a dead bat – the prime minister has ruled one out. Personally, I favour such a tax based on the tax principle of minimising tax-induced distortions to investment. Among those who have shown similar support are the Treasury, Reserve Bank, IMF and OECD. The lack of the tax directs investment into where there are capital gains – especially property – from productive investment, so that the return on our savings to the economy is less than it could be.

In my view any capital gains tax should be only on the real gains – so that only the bit above the rate of inflation would be taxed. And as much as I see a desperate need for more public sector and transfer funding, I would use the proceeds to move to taxing only the real component on interest. (And easy way to do this would be to deduct, say, the first 2 percent p.a. return from interest income before calculating the income tax.)

I do not think we should impose the tax on first houses, since the sale of one is usually offset by the purchase of another so that the purchaser is, in effect, buying the seller’s capital gain.

We have some elements of a capital gains tax, for that is what the bright line test on investment housing introduced by the Key-English Government (under pressure from the Reserve Bank) and extended by the Ardern-Robertson amounts to. The latter’s elimination of interest rate deductibility on rental housing, so loathed by landlords, is a consequence of there not being a capital gains tax.

Both removing income tax loopholes and increasing the definition of income to cover real capital gains are about the flow of income, not the stock of wealth. Many of the fringe commentariat confuse the two. Not surprisingly, if you cannot distinguish them, you have little appreciation of the complexities of a wealth tax. But you can make a lot of noise; it is good front page copy, but rotten economics.

I have no doubt that Minister Parker was primarily concerned with incrementally improving the income tax system (he also mentioned GST, which is about the expenditure tax system). While he may have personal views on a wealth tax – as have I – it is not a priority and unlikely to be imposed in this minister’s lifetime – or the next one’s.

*Brian Easton, an independent scholar, is an economist, social statistician, public policy analyst and historian. He was the Listener economic columnist from 1978 to 2014. This is a re-post of an article originally published on pundit.co.nz. It is here with permission.

This country won't go anywhere until it can understand that there's a very small core group of taxpayers who are underwriting the lot of a comparatively huge number of Kiwis - who we're told should be paying even less than they are now. How that possibly lines up with supposedly desired 'vertical equity', or why the government won't index inflation to stop lining their own pockets as a perverse outcome is something that needs to be called out for what it is.

You're right, that's why we need to reduce income taxes by bringing in an income free tax threshold, and/or reduce GST, or introduce a UBI or citizens dividend and bring back LVT (land value tax) so that the major economic beneficiaries of our productivity, the landholders, bear their fair share of the societal burden that they benefit so handsomely from.

Tell me how reducing taxes for people who already effectively pay no taxes improves vertical equity.

I totally disagree Brian , with your promotion of a CGT ... there are too many  loopholes  , it is too easy to avoid , to delay ... and , it's an accountants dream , rather complicated to calculate ... jurisdictions with CGT's discover that they dont raise much , compared to all the effort needed to apply them ...

... how much simpler  & cheaper to enact a LVT ... an annual levy on the unimproved value of all land across the nation ... farms , houses , commercial land , landbankers ... easy peasy ... nips a bit from the richest , each & every year ... a regular flow of income for the government ...

LVT on the unimproved value of land, coupled with reduced company income taxes. Now that would start to address the problem, including the productivity problem. And most estimates I've seen suggest ~75% of the value of company income tax is borne by employees in the form of lower wages, so employees also benefit.

... yes  ... couple that with gradually unwinding WFF ... scrapping it eventually ... and shift the tax bands on PAYE significantly ... let all workers get some tax relief ...

You guys are both talking too much sense for a Monday.