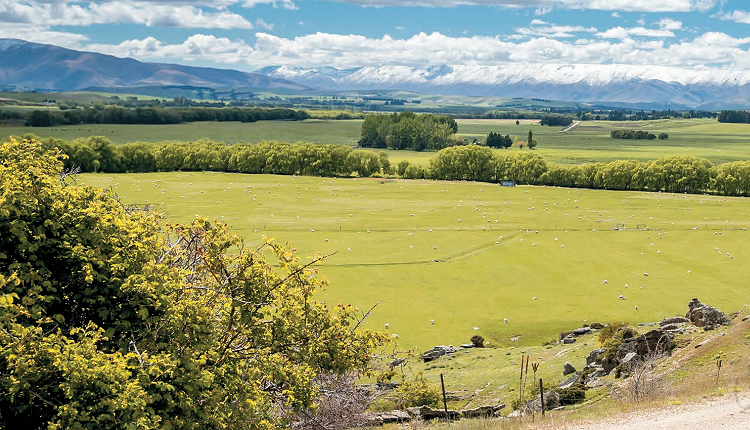 Back in 1990 the government of the day invited Professor Michael Porter from Harvard University and author of “The  Competitive Advantage of Nations” to come to New Zealand to discuss New Zealand’s economy and ways forward. This was my introduction to the term “Competitive Advantage’ (although a well-established principle by then, just not to me).

To the uninitiated it is basically what can we do well that other nations cannot do as well that gives us an economic advantage. Coming from a more industrial and technological background it isn’t surprising that his focus was on these areas and innovation rather than focusing on agriculture.

However, his visit did for at least the rank and file, provide a way of thinking which clarify what may and may not work.

For the record his main findings and recommendations were to increase productivity and domestic rivalry and competition to enable NZ to compete overseas.

When he returned in 1998, he said that the structural reforms New Zealand had undertaken were carried out, out of fear and people have been scared and worried about survival. I’m not sure a lot has changed in that regard. While New Zealand may not have the resources that say Australia has with their abundance of minerals and coal, given the direction the world has moved on to I think the natural resources we have are more valuable and when it comes to which is the ‘lucky country’. I believe New Zealand wins hands down.

New Zealand is eleventh on the list of renewable water resources per head of capita and with the exception of Canada which ranks above New Zealand the rest arguably are constrained either by climate, several like Norway and Iceland for instance are limited in food production by winter extremes and others, such as PNG and some equatorial countries by a lack of development and also climate extremes at the other end of the spectrum.

So New Zealand with its “goldilocks” combination has a considerable natural competitive advantage.

So, when I hear people suggesting we should reduce cow numbers to reduce carbon emissions and see productive land going into trees, or worse being zoned into urban making it too expensive to farm. I can’t help but feel we are at risk of throwing the baby out with the bath water.

There are many reasons we should look to reduce farming’s environment footprint but until better opportunities come along reducing them to reduce carbon emissions seems to be overlooking the obvious. Yes 48% of emissions come from agriculture and most of that from livestock so it can’t be disregarded. But most of the remaining 52% comes from the energy sector notably transport and it appears to be a glaring omission from many peoples discussion on how New Zealand can lower its total emissions.

Given that New Zealand is one of only a few countries that have a focus on livestock emissions likely means that progress in that area is going to be slow. Whereas almost without exception every other country is looking at reducing transport emissions so there should be some low hanging fruit New Zealand can benefit from.

The problem is that it will require the general public to take greater responsibility and the cost that comes with it.

And given the current trend of populism politics (and everyone loves to hate the farmers) I for one don’t trust politicians to tackle the ’hard’ topic of making everyone accountable when there is a convenient ‘whipping boy’ available.

At the moment agriculture is not flavour of the month  but at some stage in the not too distant future the country will be glad that it has its rural economy and the water, be it saved irrigation or from the skies, will be an important part of that scenario.

To those that point to dairying as requiring too greater cost I suspect that given time, variable climates world wide not to mention the raft of regulations the industry has to deal with, it will reduce it as a component of the ag picture and more plant based production systems will move into the gaps. However, this will take time (and water) and at the moment there are not the returns or systems out there to support such land use change and show a profit.

The fact that New Zealand can and largely does have the most ‘naturally’ based dairy farming system (even with all its warts and all) is one of the reasons Fonterra’s back-to-basics approach does frustrate me somewhat as they are missing the opportunity of differentiating themselves from the vast mass of dairy production world wide which has all the warts New Zealand dairy has, plus a whole lot more.

There does appear to be some moves to try and take advantage of these natural advantages, but they seem to be at a fairly minor scale. Companies such as Synlait have grasped the opportunity far more fully.

The New Zealand meat companies also have made large steps down the same pathway and with a product less transformable than milk.

Given the opportunities our ‘natural’ products are beginning to achieve in the world we may be able to have our cake and eat it with a modest reduction in stocking rates to which will achieve a more natural system and the premiums that should accompany them and reduce environmental impacts along the way.

So, back to my original theme, New Zealand’s major competitive advantage comes from its ability to produce inexpensive, healthy food of all types, lets make sure in the pursuit of satisfying the wider electorate with short term aims we don’t lose sight of that and throw the baby out with the bathwater.

Is the farming community still 50 years behind the times? Not long ago they were wanting to go further down the industrial farming track of Roundup, Roundup, Roundup, Genetic Engineering is Good For You, corn fed beef in feedlots is tastier, more dairy, more intensive farming, bigger machinery, more pesticides and appalling animal welfare. The farming academics were leading the way further into the darkness.

Have they recognised that NZ has a natural advantage in organic produce, or is that still looked down on as unrealistic townie fantasy, not suitable for real farmers?

I don’t see the industry as progressive, in about 2010 I heard a discussion about A2 milk on the National Programme.
Sounded interesting to me but Fonterra, and it’s shareholders, missed the point completely.
Synthetic meat is something they deride at the moment but it could become a disruptive change with irrational acceptance by consumers.
A2 all over again.

What is our dairy organic advantage over the EU dairy organic industry. https://dairy.ahdb.org.uk/market-information/supply-production/milk-prod...

CO,I believe organic, like grass fed is overridden by local production, and we ain’t local.
Our producer boards can dream on tho..
We need disruptive products like A2 and the Marlborough Sav Blanc
I believe the French said kindly it is interesting but not Sav.
But did anyone care?
The other move was injecting gold into our boring green kiwi fruit, great manoeuvre..

How are we at synthetic meat?
Today’s news suggests it’s becoming a craze and we can remember the success of crazes such as the hula hoop, irrational but they work...
And then there is Facebook as another more modern craze.

Ah, no.
NZ is running out of comparative advantages.
Farming doesn't may its full costs (nitrogen management & GHGs) meaning dairy & meat exports are subsidized. Also real meat will be overtaken by synthetic meats - its already happening. We'll be left exporting to poorer countries at lower prices.
Milk will also be overtaken by synthetics & much food will be grown in vertical farms.
We continue to export unprocessed logs with no value added.
Almost 50% (47%) of NZ exports relate to dairy (+edible food), meat & wood.
Its going to take a relatively lower living standard and relatively lower exchange rate for NZ to find competitive advantage in the future.

"48% total emissions from agriculture and most of that from livestock". Really? The assumption is that enteric methane is the only biogenic source. How on earth has this nonsense got this far? Every living system produces methane as it is integral to the carbon cycle. Yes even trees. The wetter the environment the greater the amount. Amazon rain forest trees can be tapped and lit. If natural systems are believed to be a cause of human induced global warming (?) then you need to calculate the ruminant % of the whole biosphere.
By far the bigger problem for NZ is that we have elected to eschew soil carbon. Soil is a larger reservoir of carbon than atmosphere and biomass combined with the potential to keep growing indefinitely under pasture (remember exterminate ruminants and you exterminate grassland and all the other associated species). By electing to use pine as an offset we have 1 time use. If emissions in other parts of the economy continue we'll have to keep taking more land out of production. Eventually the policy will have to be stopped. Pines lose the carbon in soil under pasture. We logged about 63 tonnes of carbon a hectare. Each 1% soil carbon is 27 tonnes (*3.63=CO2). If all the wood gets used in construction then less than 3% must be lost from the soil to be in the same place. The only sure thing is that soil carbon will be lost.
Soil carbon was excluded because our scientists believe that we are already saturated. All they have proven is that current practice does not sequester it. Make it part of the context, give us an agreed measurement protocol and farmers will soon learn how to ensure it happens. If we sequester more soil carbon, water degradation will also be reversed as water cycles repair. Soil carbon holds 8* its weight in water. 1% increase in soil carbon is 144,000 litres of water /ha. Best dam imaginable.

Now that's competitive advantage.
To many like kiwioverseas are prepared to listen to those who repeat the simplistic trash and refuse to see what is behind it. Reality is my lifestyle as a farmer IS sustainable, even as I accept there must be changes, current fossil fueled urban living is not even close.

Late in the discussion is this
https://www.stuff.co.nz/business/113824494/hell-pizza-covertly-dishes-up...
Note this is not about dietary choice, it is linked the saving the planet, Extinction Rebellion.
And they got approval from 80% of the online survey.