There is no reason for ‘carbon guilt’ over New Zealand's meat or milk says Federated Farmers, who claim the advantages we hold benefit the world

Rural News
There is no reason for ‘carbon guilt’ over New Zealand's meat or milk says Federated Farmers, who claim the advantages we hold benefit the world 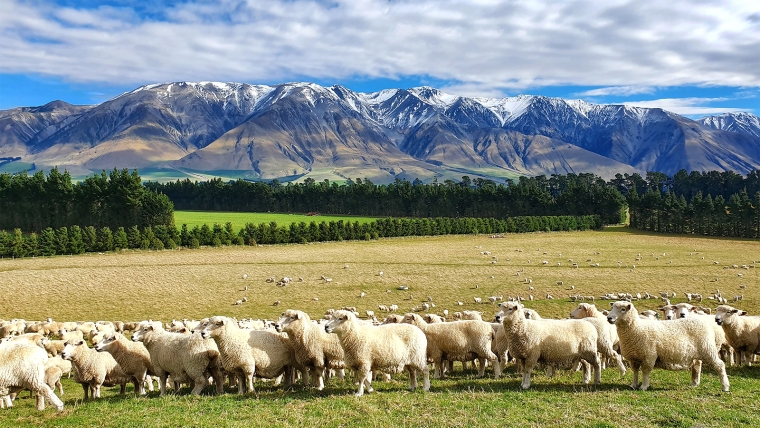 Federated Farmers is worried New Zealanders simply don’t understand how much better we are at low-emissions farming than other countries.

The Intergovernmental Panel on Climate Change report on Climate Change and Land, released last night, discusses the available science around the implications of changing land use and its impact on climate change.

"What the report doesn’t do, is tell people to stop eating meat and dairy. In fact it says the opposite. It highlights the value of a low-emissions diet, which includes protein from animal products.

"But listening to the media stories on this report in New Zealand today, you’d think that was all it focused on," Federated Farmers climate change spokesperson Andrew Hoggard says.

"We are starting to get really worried at Feds that New Zealanders are thinking that our best way out of our climate change dilemma is to cut back on farming animals.

"This simply isn’t the case. This is not the way to alleviate our ‘carbon guilt’. What we should be doing is trying to figure out how we get the rest of the world to farm like we do."

The report highlights the impact deforestation is having around the world, where countries are essentially swapping native forest for food cultivation.

"This means those countries are trying to prioritise feeding their own people. And that’s being done at the expense of the environment,'" Hoggard says.

"Here in New Zealand, we have the opposite issue. We are arguing about where to plant more trees, not where to cut them down.

"Only 10% of our food production feeds our own people. We are essential to the diets of many people, in many other countries. And we do it in an extremely emissions-efficient way." 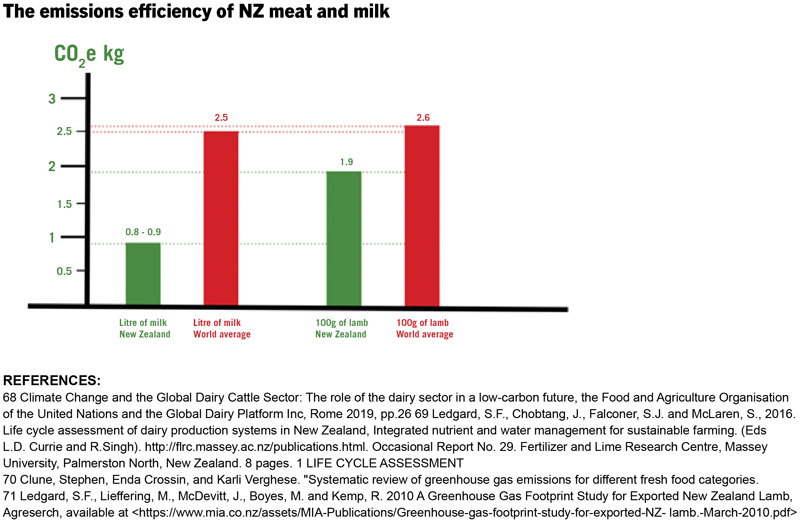 This is exactly what's needed, FF. Keep up the barrage of facts, because we are in an irrational era, in which the Witch-Smellers-Pursuivant of the world are on the hunt for scapegoats. And any Goat will do. Collateral damage to livelihoods, regional economies, domino effects on towns and provincial cities - pfft is their response. Fouling their urban waterways and beaches with every heavy rain event, they project their own White Urban Guilt sideways. Keep up the Resistance....

Too right Waymad. FF have been asleep at the wheel. The projected damages from runaway global warming are a rounding error when compared to modest income growth. "the estimated impact is -2.04 (± 2.21) % of income at 3 °C warming and -8.06 (± 2.43) % of income at 6 °C warming."
https://www.nber.org/reporter/2017number3/climate/climate4.jpg
https://www.nber.org/reporter/2017number3/nordhaus.html

Looks like Big Oil, has got not just to me, but also lefty doco maker Michael Moore.
"“It was kind of crushing to discover that the things I believed in weren’t real, first of all, and then to discover not only are the solar panels and wind turbines not going to save us ... but (also) that there is this whole dark side of the corporate money ... It dawned on me that these technologies were just another profit center.”
https://www.apnews.com/933b49681b0d47d3a005d356f35251ab

... does Moore not get it , that without business , without a profit motive , and with no economies of scale things just don't get manufactured ... and that includes the climate emergency saviours of wind turbines , solar panels , and rechargeable batteries...

Did he think we could each build and knit our own in our garages out of hemp fibre or something .... Haha..

I would have thought that if climate change is such an emergency then Govts around the world would stop allowing any coastal developements.
Mt Maunganui comes to mind.
I'm surprised that insurance companies are still insuring coastal homes because someone sooner or later is going to take a big bath.ChCh insurance problems will be minor compared to what will/may happen.

There are enough rational people still within the various governing bodies that have looked at the evidence themselves, found 1-2mm/year sea level rise around NZ, and realise it is nothing to worry about over the 100 year times scales where that can even start to be noticeable (and for which it it easy to plan mitigation). Here's a handy data viewing tool to let you see sea level trends around the world for yourself:
https://www.sonel.org/-Sea-level-trends-.html?lang=en

The witch hunt is led by folk from places that are massively overpopulated. eg Europe
They should cease criticising our agriculture and start reducing their populations. That's the only thing that's going to save the planet.

The EU/planet is well ahead of you KH. Their reproductive rates are in freefall. Who would want to be in the babymilk business?

"Western Europe has the lowest total fertility rate at 1.6 children per woman on average."
"On current trends there will be very few children and lots of people over the age of 65 and that's very difficult to sustain global society.

"Think of all the profound social and economic consequences of a society structured like that with more grandparents than grandchildren."

Yep Profile. Thought it through. Stable and reducing population will work quite well economically and socially. Silver foxes and all.

Yep Profile. Thought it through. Stable and reducing population will work quite well economically and socially. Silver foxes and all.

Their native fertility rate is low, yep, but their politicians have insisted on throwing open the borders to bring in as many people as possible, no matter that the native population has neither asked for nor wanted that.

They have to do something to maintain population levels, because otherwise there will be no tax base or bum-wipers to look after them in their dotage. Though personally I think they would do better opening the doors to a lot more hard working chinese/filipinos like NZ has.

While we might be dramatically more efficient than other countries, we are woefully unprepared for the next revolution - the fake meat market.

I think this is going to happen a lot faster than most people think - within 10 years I believe a very large percentage of our protein will come from proteins being assembled in an industrial process. Just think about it from a consumer perspective who are younger and more concerned about the environment/animal welfare:

Food that is healthier
Food that has less than 10% of the environmental impact
Tastes 90% the same
Cooks quicker, is easier to prepare and carries less harmful bugs
Does not harm animals in its production
Cheaper (after a few years)

That will be the biggest kick in the guts for FF and I don't believe they have any plans in the works to build their own businesses supporting the industry. Milk you say? Milk is simply another protein that can be replaced using a similar process.

Those crops are going to leach a lot more than pasture.

That might be so, but it won't take away the demand...

Less than 10% the environmental impact? I call B's on that.

Admittedly from Beyond Meat, but I have seen almost identical numbers from independent studies: https://images.fastcompany.net/image/upload/w_596,c_limit,q_auto:best,f…

“Eating carrots instead of steak means you effectively cut your emissions by about two per cent,” says the environmental economist Bjorn Lomborg. “As a vegetarian for ethical reasons, I will be the first to say that there are many good reasons to eat less meat. Sadly, making a huge difference to the climate isn’t one of them.”
https://www.telegraph.co.uk/news/2019/08/11/war-meat-has-begun-many-rea…