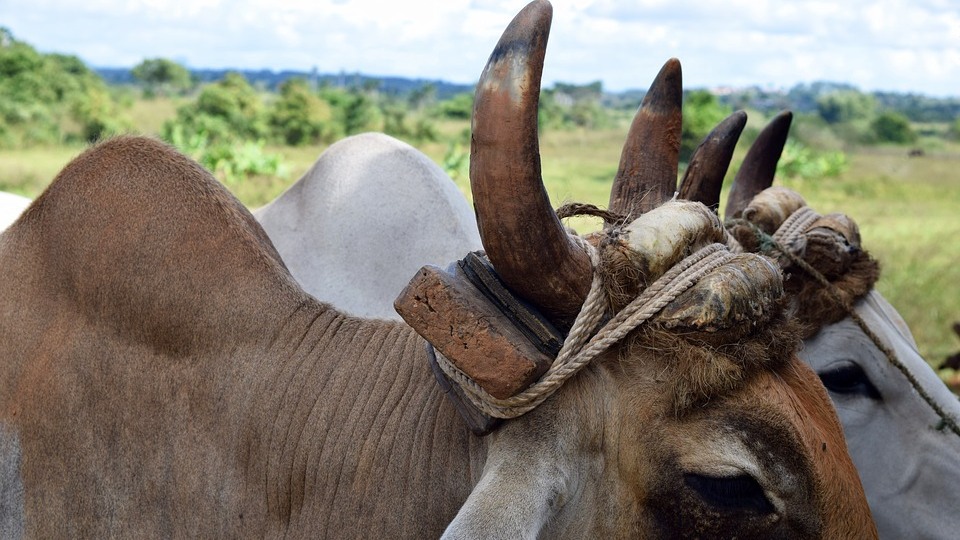 Copying Cuba? Could a similar move to organics as applied in Cuba work in New Zealand?

One of the more pleasurable activities experienced when at Lincoln University was being involved with taking a group of students to Miami to participate in a case study competition against other universities from around the globe.

This part went well without bringing home any silverware.

This trip took place in July 2017. Since then there has been a ramping up of the “Trump effect”, with an increase in barriers and access restrictions. There was also the cyclone in 2018. So, the challenges for those living there will have increased.

Apart from experiencing a new culture, part of the motivation for visiting Cuba was to see how their agriculture operated.

It is largely horticulture, with a focus on growing tobacco for the renowned cigars. But they do have a small dairy and livestock industry.

A feature that stands them apart from other countries is the decision to put all farms under the organics umbrella.

The decision was driven largely by pragmatic reasons rather than any great philosophical belief in organics.

If we look at New Zealand, one of our larger imports (dollar wise) is the cost of imported fertiliser.

Cuba, with all sorts of trade barriers on both exports and imports - compliments of the US - has restricted access to fertilisers and probably couldn’t afford them anyway.

Recently, amid the barrage of environmental requirements as well as the growing demand for well grown healthy food, I was prompted to wonder how a similar move to what Cuba has done could be applied to New Zealand.

New Zealand farmers are steadily moving to that paradigm with the term “biological farming” becoming more prevalent. This is not organics, but it is certainly a reduction in the reliance on synthetic chemicals and a lesser environmental footprint.

However, being ‘partially’ organic does not capture the full benefits that are available. Along the same lines is a need to separate our food production from that produced in our competing countries and the threat of competing cheap lab-based foods.  These are looking increasingly likely to start to take up the space of commoditised food, (IE food that is sold on price and supplies the food service sector where there is little differentiation from other bulk produced foods).

Milk products are the sector most at risk from this technology, largely from the amount of milk powder that is sold as a commodity - although all food products are exposed to a greater or lesser degree.

A US organics story

Promoting the benefits of organics on Radio NZ, Gary Hirschberg told the story of organic dairy in the US. He started in 1973 with seven cows selling organic milk. Around 40 years later the business was sold to global food giant Danone for US$1.7 billion.

Using Hirshberg's figures, the organics dairy industry in the US is worth US$60 billion and growing at a rate of 14% per year compounding - whereas the conventional market is contracting. Of interest is that Hirschberg visited New Zealand 18 years ago as a guest of Fonterra before they went to their on again, off again, on again programme.

The business that was sold to Danone has 2,000 family farm suppliers with an average size of 80 cows. That's not quite the image one sees of the US dairy industry, but the big difference is the farms are profitable at a time when most US dairy farms are struggling to break even.

Given the issues agriculture in New Zealand is facing from increasing consumer resistance and regulations that are driving farming away from the production driven model, a move to an organic agricultural sector may be worth contemplating.

New Zealand already has many advantages over other competing countries with our image of natural systems and the clean green environment we promote and we have a well organised service sector.

The leap to organics shouldn’t be seen as being too great.

There would be issues

No doubt there will be issues. With a sector as large as dairy, what the impact on the price of organics would be with 30% of world trade converting would need closer examination. However, it may be that a whole new area of trade could be opened up.

Red meat would also face similar issues. But for all sectors premiums would be achieved.

We might find that the nation buys back into its agricultural history and farmers stop feeling like they are the pariahs of society - which many must feel like they are at present.

Certainly, plenty of farmers in all sectors of agriculture have proved this.

Attitudes will be the biggest barrier. And some farmers would go down this path screaming. But perhaps it is about time the farm leaders start a conversation. It may provide a future that has more certainty than the one farming currently faces.

Back to Cuba, while we saw some better examples of farming, most looked to be severely suffering from a lack of capital and knowledge or perhaps motivation, largely driven by the state constraints on what could be produced and what percentage the farmer could retain for their own benefit. However, this doesn’t mean that New Zealand couldn’t do it better.

Having read the article I'd suggest it has pretty much zero relevance to NZ farming practices, infact it pretty much reinforces the idea that we would be in a unique position of being able to do exactly that.
Bet Guy Trafford didn't run this article past Fed Farmers first . ;)

Valuable thoughts, Guy. However the advantages asserted for New Zealand rest on an unstable and, often, duplicitous 'image' and its promotion. You say, 'New Zealand already has many advantages over other competing countries with our image of natural systems and the clean green environment we promote...' Real advantages rest on actualities. Vague 'images' for something evaporate in highly competitive, alert and informed global sectors.

I have an organic vineyard and it's been easy. I'm bit dubious of organic apples as they need a lot of 'organic' sprays,and are often on old non organic sites that got nuked in the past.

What I find interesting about Cuba is that it is a case study of a nation that has experienced economic collapse.
The oxen draw ploughs when there is no diesel for the tractors.
The agriculture becomes sustainable and organic because they cannot obtain fertilisers, fancy seed and pesticides.
Of course the production is less intensive.
I guess they get by on tourism and cigar sales.

Cost of operations and living are often relative, but largely determined by governance.

When governments pamper to vested interests; which are often offshore based, its the local masses that generally pay for it.

The economics they teach you at school completely ignores the influence of politics and big business, and only focus on the financial side based on free market ideology. Politics and big business are currently very short term focused, and the way they are going the next generations will be paying the price in more ways than one.

NZ should be gearing itself for more self sustainability, rather than becoming a slave to offshore interests.

I agree that politics and big business are now synonymous in this country and I believe both are increasingly alienated from the voters.
The voters draw their beliefs from the international media, reinforced by their social networks and I believe voters are relatively little influenced by political leaders.
The politicians continue on with pork barrel politics.
Be interesting to see how it all pans out.

Clean Green 100% NZ ..are we still intent on using g that label or will it drop to 25% to be more accurate?

doesn't matter how clean and or green we are, NZ will always be 100% NZ. Unless you know that 75% of it is about to break off and float away ;-)

If we adopted the agricultural practices of Cuba would the rest of NZ's population be happy with the living standards of Cuba, '58 Ford Customlines and all?

One issue is what's the definition of 'organic'? NZ doesn't have a set organic standard. What constitutes being organic in one country - isn't organic in another.

Co, it going to be big problem if we get the Marinated Sting Bug, we have nothing to treat it in NZ, what they use overseas would cause problems in our export markets.

Hirschberg said on the radio interview that organic cows live twice as long as other cows. Iif so that's incredible.
Does anybody have a view or background info on that ?

Need context. Avg life of a commercial USA cow is 4-6years - that's age not lactations. In NZ it is closer to 8-10yrs.
http://www.milkproduction.com/Library/Editorial-articles/The-productive-...

Decades ago a botanist told me NZ soils have low fertility and are mostly phosphate deficient, with regular or high rainfall leaching nutrients especially mobile nitrogen, so NZ native plants had evolved to survive this scarcity, but imported plants which include apples, kiwifruit and avocados have not. This has big consequences for agricultural and horticultural food production in most of NZ. So yes organics may be a sustainable production method in pockets of high fertility where other local conditions and market opportunities are available but I can't see it replacing synthetic fertilizer grown food. On my own land plants simply don't grow without fertilizer - it's that infertile, and tons of manure go nowhere and lack trace elements.