Government commits similar amount to helping send satellite to space to measure emissions and setting up a NZ control centre, as it commits to helping farmers deal with the effects of climate change

Government commits similar amount to helping send satellite to space to measure emissions and setting up a NZ control centre, as it commits to helping farmers deal with the effects of climate change 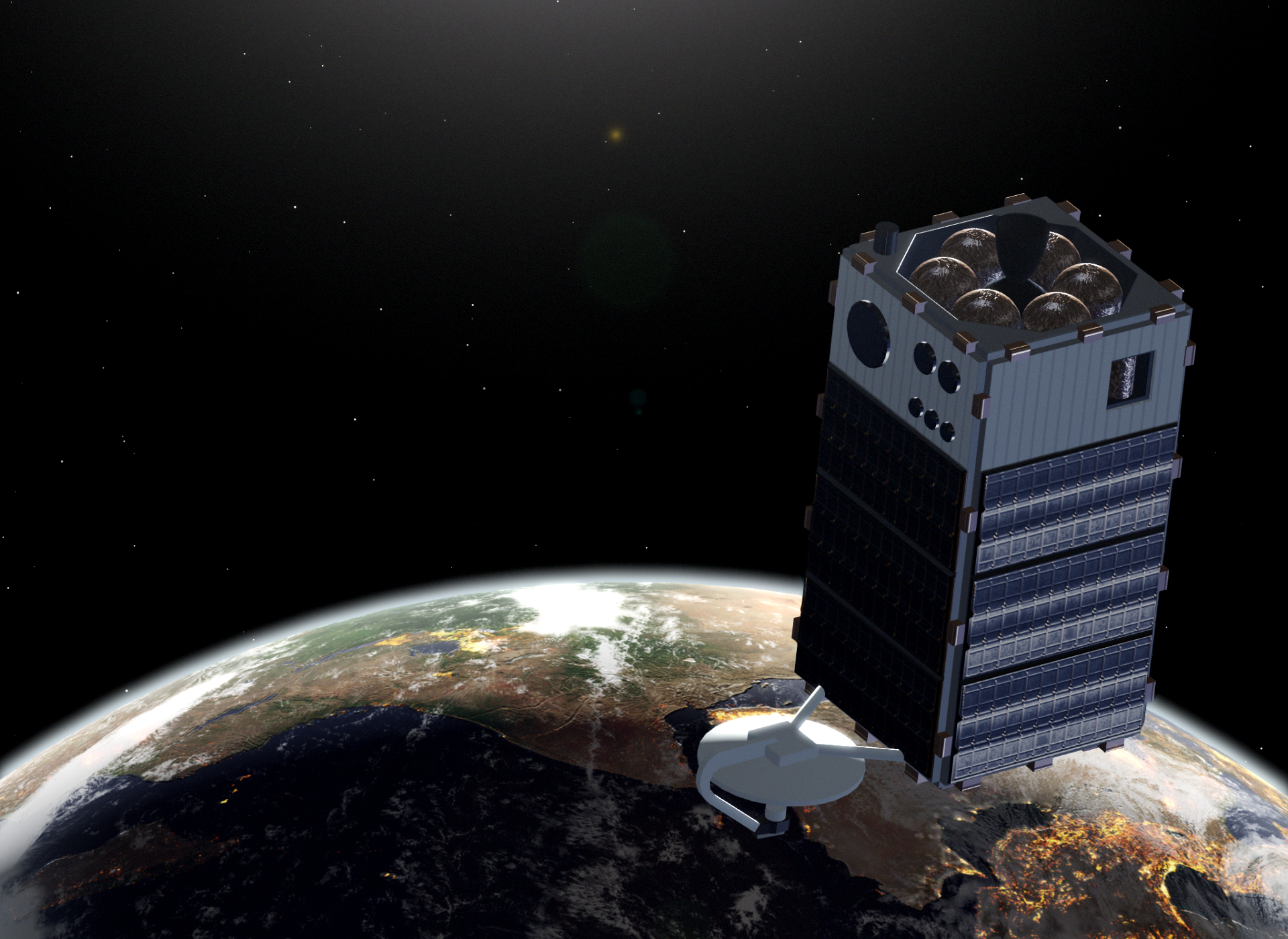 The Government is hoping a $26 million contribution (over four years) towards a New York-based NGO working on sending a satellite to space to measure oil and gas emissions, will eventually lead to the technology being used to measure agricultural emissions.

The Ministry or Business, Innovation and Employment (MBIE) is partnering with the Environmental Defence Fund (EDF) and its subsidiary MethaneSAT LLC to send the satellite to space in 2022.

The project is expected to cost $88 million in total.

While the data it gathers will be freely available, the Government hopes New Zealand’s involvement will put agricultural emissions on the international science community’s agenda.

MBIE said that while the initial focus would be on collecting data about methane emissions from the oil and gas industry, New Zealand will work with EDF to consider how we might use the data to investigate, and potentially lead, an atmospheric science component of the mission related to agricultural methane emissions.

Speaking to interest.co.nz, MBIE’s general manager of Science, Innovation and International, who’s also the head of the New Zealand Space Agency, Peter Crabtree, said it was important for New Zealand to gain a better understanding of what other countries are doing in this space.

New Zealand’s contribution will also see the missions control centre based here - most likely connected to a university.

The centre’s exact location and New Zealand’s role in the launch and the science components of the mission will be confirmed in coming months. Crabtree couldn’t say how many New Zealanders were likely to be part of the project.

“This investment has three key benefits for New Zealand – we are showing global leadership by investing in a science mission that will directly help to fight climate change, we are giving Kiwi researchers the opportunity to join a cutting-edge climate science mission that will see them working alongside the world’s best climate scientists and aerospace experts, and we are building important capability in our rapidly growing space sector,” Crabtree said.

The agricultural sector is currently working out how to measure livestock emissions at a farmgate level.

Both it and the Government signed a ‘Primary Sector Climate Change Commitment’ at the end of October, to (among other things) work on improving tools to estimate and benchmark emissions on farms.

The Government is giving farmers a chance to come up with a way of pricing agricultural emissions at a farm level by 2025, to avoid being brought into the Emissions Trading Scheme.

It has committed $25 million over four years, through the Agricultural Climate Change Research Platform, to support research to help agriculture deal with the effects of climate change.

Hey Diddle Diddle,
The cat and the fiddle,
The cow jumped over the moon.
The little dog laughed,
To see such sport,
And the dish ran away with the spoon.

They saw us coming!

I cant help picturing some corrugated tin shed outhouse being shot into space from the back of Barry Crump's farm.

More like Mahia Rocket Man and satellites the size of mobile phones...things have changed.

Imagine it though, blasting off into space with bits of cow dung flying everywhere. The first long drop in space! Complete with half moon cut out on the side, pair of red band gumboots poking out from under the door and a vent stack & cowl on the side.

Now come on chaps, enough hilarity, could we please go back to giving the farmers their daily beating?

Really sorry to see such expensive resources are proposed to be spent on non-sense -- measuring cow's fart!!???

NZ's emission got nothing to do with climate change and it is only a gimmick that useless politicians can pocket on for future positions in the UN.

It's travelling the globe and its initial purpose is to measure local concentrations of methane above oil, gas and coal mines and wells. And I guess methane being emitted from melting permafrost.

You can differentiate between methane from fossil fuels and biological methane by measuring the different ratios of carbon isotopes.

Perhaps measuring the concentration of methane above NZ will help determine how fast it decays - it's certainly easier to measure cow methane straight out of its mouth.

I bet they won't find what they're looking for.

Money better spent on a new flag campaign - come on Labour we want this!

Two things, firstly the emphasis is notably not on biological methane but on fossil fuel emissions, the rest of the world doesn't give a rats about the first especially from pasture based stock. Secondly, the gubermint makes it quite plan how it values agriculture, giving more to a foriegn NGO.

It's like they are government of some other place, literally on another planet, of another peoples.

It would be hilarious to pull the minutes, business case and roi via official information request.
Get the facts. See who was in the room, salute the fine thinking.

Understand their school of governance.
https://youtu.be/1D5q1ZyMpFo

Hard to see how an Eye in the Sky is gonna differentiate between methane from:

You omitted emissions from human beans.

I’ll drink to that, and then there is the rice crop, it has to go!

Large amounts of the potent greenhouse gas methane are being released from an Icelandic glacier, scientists have discovered.

A study of Sólheimajökull glacier, which flows from the active, ice-covered volcano Katla, shows that up to 41 tonnes of methane is being released through meltwaters every day during the summer months.

This is roughly equivalent to the methane produced by more than 136,000 belching cows.

... then , why aren't climate extinction rebellion folk gluing themselves to volcanoes and holding up their " ban this sort of thing " signs ?

... I wish our neighbours would mow their ruddy bermas ....

I saw a recent reference to satellites sniffing specific industrial sites for pollutants so sniffing a farm shouldn’t be a problem.

Except in a Canterbury Nor-west wind....where them animal emissions will appear to emanate from the Chathams....

Space around earth is fast becoming more cluttered ( you could call that a type of pollution) than earth. There are all sorts of space junk flying around some of which will inevitably find its way back to earth, or imperil newer satellites.

That increasing space clutter will eventually stop the sun reaching the earth and instigate a period of global cooling.

So is this New York based NGO anti oil and gas? If so, will NZ feel the wrath of the o&g sector when marine shipping potentially moves to diesel power from 1 January 2020 and there are potential global shortages of diesel? https://www.ttnews.com/articles/energy-experts-remain-cautious-about-pri...