The news out of Fonterra keeps getting better but so far it is all based upon projections. Let's hope the reality is close, says Guy Trafford

The news out of Fonterra keeps getting better but so far it is all based upon projections. Let's hope the reality is close, says Guy Trafford 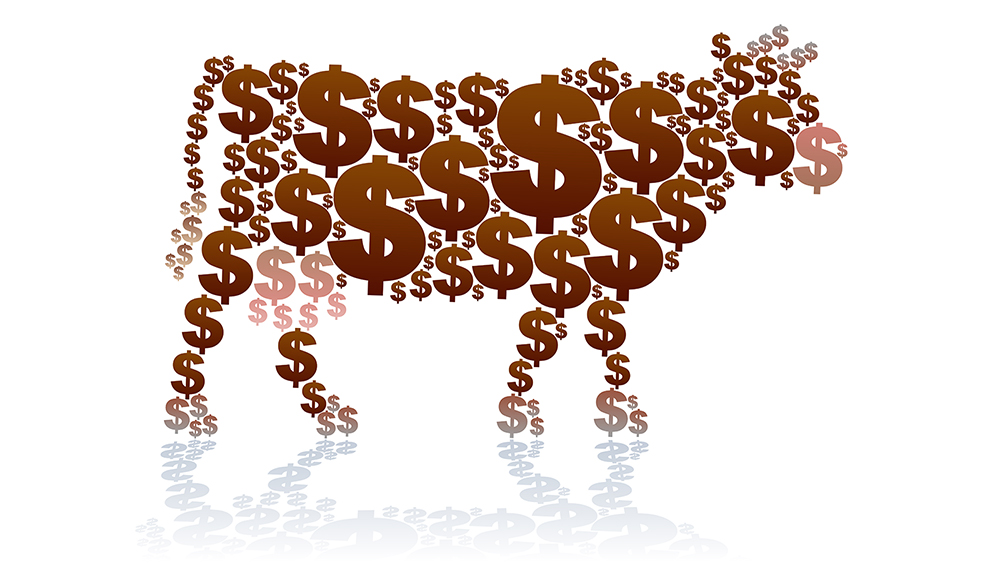 The season keeps getting better for Fonterra farmers with the announcement that it is lifting its farmgate forecast by 25 cents to a range of $7.00 - $7.60 with the mid-point of $7.30.

They must be feeling more confident of achieving this as they have narrowed the prediction range from the previous $1.00 ($6.55 -$.7.55) to 60 cents. The top end prices are similar, but it is more important that the tail price has lifted by 45 cents.

If the $7.30 price is achieved, then it will be the fourth highest price in Fonterra’s history and will provide an “$11.2 bln injection into rural communities” (read: banks). However, Miles Hurrell will not be taking his foot of the throat of costs with a projected 200 staff to be cut and more assets divested.

Although it appears nothing new is there, just the existing identified already. Earnings per share are not projected to change with a 15 - 25 cents range. With the higher raw material costs for the added value components, this will still have to be seen as a positive result.

The Global Dairy Trade results basically held their ground with a modest -0.5% drop. The gap between SMP and WMP continues to close up with SMP increasing in value by +1.9% to US$3,068 while WMP also experienced a lift of just +0.1 % and its value per tonne is now US$3,331. A slight tempering effect of the good news is the value of the NZ$ against the US$, on the back of the Reserve Bank’s governor’s announcement that the RBNZ will be tempering its requirement for bank capital requirements. The central bank is requiring so-called "Tier 1" capital at the big four banks to be 16% of their assets on a risk weighted basis, up from 8.5%. The phase in period has been extended from a signaled five years to now a time frame of seven years.

These new less severe requirements has seen bank shares rise and along with them the NZ$ has increased by ¼c to 65.5 USc. We were last at this level in early August. The impact on New Zealand dairy returns are that the gains in the powders are all but wiped out with SMP going from NZ$4,699 to NZ$4,698 and WMP dropping from NZ$5,172 to NZ$5,100. Butter was the biggest loser dropping from NZ$6,326 at the last GDT value to NZ$6,098 and Cheddar was the biggest winner, going against recent trends up from NZ$5,764 to NZ$5,814.

Fonterra’s foray into the Indian market is starting to sound a little like the early days of Fonterra’s entry into China. Sunil Sethi, Fonterra’s Head of Indian operations is predicting a rise in fortunes to the point in seven to ten years’ time when they will have 4-5% of the Indian market, which will be a $1 bln turnover business.

I still struggle to understand what this actually means to Fonterra shareholders as no New Zealand product goes into India but instead Fonterra provides expertise and know how to the Indian company Dreamery. My cynical self is reminded of the early days of the Vietnam War (and many others since) when the US has provided advisors and consultants to struggling sympathetic governments only to later regret it and have great difficulty extracting themselves. Currently the Indian venture has 36 staff (remember this number) and is “capital light” although how much has been invested has not been disclosed.

The basic underlying premise of getting into India is the view that one day in the future India will need to import milk to meet consumer needs and Fonterra will be in a prime spot to capitalise on this. This may work although it will-should largely depend upon what the competition can offer and that is only if India needs more milk. We have seen the ability for countries to ramp up production is immense. India already has the world’s largest dairy herd, so the basic ingredients are already there. And we know they have a strong aversion to letting outsiders in when it may impact on the returns of their own producers. This will be an interesting venture to follow in the years to come.

Australian’s are having a similar discussion to what have been held in New Zealand over the last decade - that is, the selling off of processors to Chinese ownership. The latest to raise concerns is the purchase by Chinese dairy giant Mengniu of the Lion Dairy and Drinks company. Australian politicians are making the most noise. However farmers appear to be welcoming the acquisition if it means better returns to them. Sounds awfully like the Westland purchase by Yili. Mengniu and Yili are the two largest dairy companies in China and both aiming to achieve RMB$100bn in sales, all based around fresh milk sales. The irony with the Lion sale is that it has been owned by Japanese since 2009.

In the mean time Yili is building a $22m segregation plant at Hokitika aimed mainly at processing a2 milk. Westland looked likely to lead the switch to a2 a decade or more ago but then took a different tack. Another "what if" story.

Is the foray into India consistent with the ‘reset’ focusing on domestic milk processing and marketing?