a2 Milk Company says its managing director Jayne Hrdlicka 'has agreed to step down' with former chief Geoffrey Babidge retaking the reins for the time being; share price drops sharply

a2 Milk Company says its managing director Jayne Hrdlicka 'has agreed to step down' with former chief Geoffrey Babidge retaking the reins for the time being; share price drops sharply 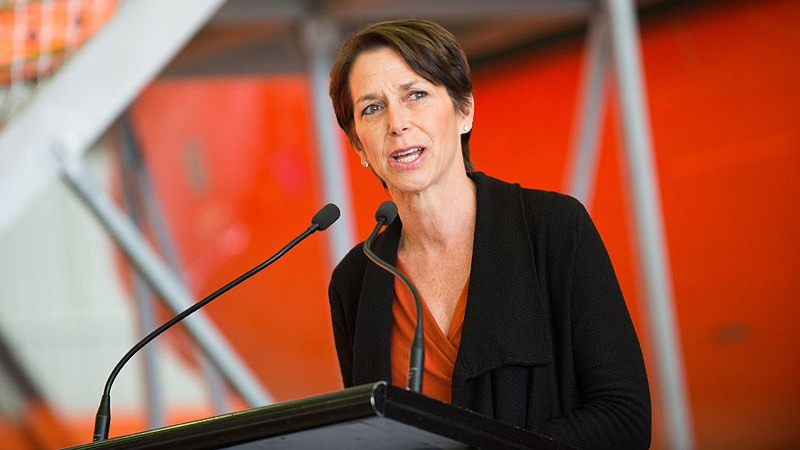 The Board of The a2 Milk Company says its Managing Director & CEO of less than 18 months, Jayne Hrdlicka, "has agreed to step down" from her role.

The a2 share price dropped sharply on opening on Monday, down 7% to $14.11, wiping nearly $800 million from the value of the company - although the price recovered later to over $14.50.

The NZX listed heavyweight says its board will "immediately" commence a global search for a new CEO but in the meantime the former CEO Geoffrey Babidge will retake the reins in an interim capacity.

The announced change comes less than a month after a2's annual meeting, which gave no hints of a change in management.

In a statement to NZX, a2 chairman David Hearn said: "The Board wishes to thank Jayne for the important contribution she has made to the Company and remains confident that the strategic course of the business which was recently communicated at the Annual Meeting will continue to deliver strong rewards to all shareholders in the future."

The same statement also had this quote from Hrdlicka: “The a2 Milk Company is an extraordinary business and I joined the company excited about the opportunity to help define its full potential and deliver against it. Board and management have worked closely together to chart the future and it is no doubt bright and we are well advanced in executing it. I am delighted with how much progress has been made, the momentum underway in executing the strategy and the strength of the current leadership team.

“The reality however is that the next 3-5 years will continue to require the CEO being present in our core markets of China and the US and that combined with running a New Zealand company based in Australia required more travel than I had anticipated when I joined the company. The Board and I agreed that this next phase is going to be too difficult to manage alongside my other commitments whilst also managing the health and wellness priorities of my family and me.

“My passion and commitment to this great company is unchanged and I will of course work closely with the board and new CEO as required to ensure a smooth transition.”

In a separate NZX statement made a few minutes after the announcement of Hrdlicka's departure, Babidge said: “I am delighted to be able to contribute to The a2 Milk Company’s continued success in any way I can. I recognise the positive changes that Jayne has brought to the business and will continue to pursue the strategies and plans developed by management and agreed by the Board.”

The company reaffirmed the outlook as advised at the annual meeting on 19 November 2019 which included:
• Full year EBITDA (earnings before interest, tax, depreciation and amortisation) margin % anticipated to be stronger than previously communicated and in the range of 29-30%;
• 1H20 revenue in the range of $780 million to $800 million with growth demonstrating strong performance against strategy;
• 1H20 EBITDA margin % expected to be higher than FY20 and in the range of 31-32%.

Before joining a2 in July last year Hrdlicka was most recently employed for 5 years in the role of CEO of the Jetstar Group, a wholly owned subsidiary of Qantas Limited and also served as a Non-Executive Director of Woolworths Limited during this time. In her earlier career, she was a partner at Bain & Company in the US, where she was focused on customer orientated businesses. Jayne is also the current non-executive President of Tennis Australia.

Hrdlicka caused an early stir after taking up the job last year when she offloaded about 340,000 a2 shares for about $4.3 million only shortly after taking the reins, prompting a sharp fall in the a2 share price.

Great to have Geoff back - his plan and expertise saw the real growth of this company. Glad to see the back of Jayne, do not think she was the right fit and seemed more concerned about her payroll and employing her fellow jetstar collegues.

good point, it seems that she was more like the eternally self serving Christopher Luxon than anyone could have anticipated....again piss poor performance from the executive and board on this and they should hand back their salaries for the year to make amends. It could be argued that Luxon has kneecapped AirNZ by stripping out the high performance engineering capacity of the business which relegates it to a follower in being unresponsive to maintenance challenges and being unable to provide service continuity subsequently...don't mind me I'm only the taxpayer, your majority shareholder! He should hang his head in disgrace and not try for being an MP...I won't vote for him. On pulling in quality director leadership, yet again in the footsteps of Theo Speirings and Joanne Harrison, both fraudsters...one convicted and one that ought to be...another Kiwi corporation that doesn't have its shit sorted is fleeced by a shark from off shore that saw them coming a mile off....NZ inc...when will you ever learn?

Anyone buy the dip?

Never cried over A2 milk...cat licking its whiskers

"The board sensibly went after a change agent, only to find they got a bit more change than they bargained for."
https://outline.com/AhZvmX

"Hrdlicka caused an early stir after taking up the job last year when she offloaded about 340,000 a2 shares for about $4.3 million only shortly after taking the reins, prompting a sharp fall in the a2 share price. "

Interesting, but not surprised.

Small NZ start up done over by an opportunistic shark....yet again. Piss poor recruitment process, the board should be walked.

Didn't Jayne pull that ridiculously self serving stunt by selling all her executive shares earlier this year and upsetting the other investors in the process? She must have graduated from the same school of thought as our famously self centred former pony tail pulling PM? On the topic of leadership, this will be a hard lesson for yet another run away kiwi start up that getting QUALITY executives to come here is nigh on impossible, although plenty of sharks will try and paint themselves as just the person for the job...

Disappointing, mostly because I'll miss hearing her name and thinking about her licking cows

at least they got her out early before to much damage was done, unlike fletchers that kept a bad CEO for 2 years to long and now have a major mess to clean up which is going to take a long time.
a telling comment for me was Geoffs statement to the NZX and i get a sense that jane wanted to change plans and direction that were already set and the board and jane were in disagreement, maybe i am reading between the lines

my thoughts confirmed this morning in the SMH
https://www.smh.com.au/business/companies/a2-milk-wanted-a-change-agent-...
"The sudden departure of a2 Milk chief executive Jayne Hrdlicka has shocked investors but the discord between her and the board made continuing in the job almost impossible"The chain of events suggests the board had taken control of the strategy over the past few months