The retiring chief executive of the meat industry trade group has steered the industry from a 'sales' focus to a 'marketing' focus, allowing product allocation and rationing to ensure optimum pricing while preserving established relationships

Rural News
The retiring chief executive of the meat industry trade group has steered the industry from a 'sales' focus to a 'marketing' focus, allowing product allocation and rationing to ensure optimum pricing while preserving established relationships 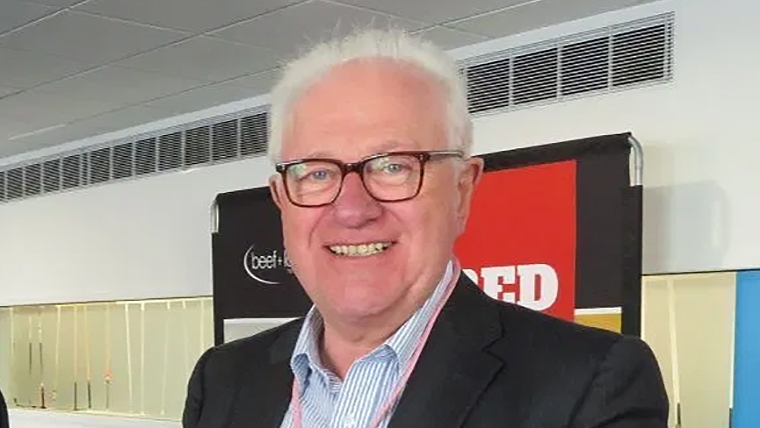 Tim Ritchie came into the Meat Industry Association as CEO at the end of 2007, initially intended to be for an 18 month period, and retired earlier this month over 12 years later. His first task was the planned merger of the processor representative organisation with Meat & Wool, the forerunner of Beef + Lamb NZ, which was strongly promoted by Keith Cooper, then CEO of Silver Fern Farms, and Meat & Wool chairman, Mike Petersen.

The merger was doomed to fail after dissension among the processors, some of which failed to see how the two organisations, one a member funded trade association and the other a farmer levy funded body, could possibly work as one. History has clearly shown the logic behind the eventual outcome which has seen MIA and B+LNZ each carving out a clearly defined role to the ultimate benefit of the red meat sector.

Ritchie was originally involved as Secretary of the MIA’s forerunner organisations, Freezing Companies Association and Meat Exporters Council, in the late 1970s and early 1980s before joining Towers International which represented the UK interests of several meat companies including Waitaki International, Southland Frozen Meats and Hawkes Bay Farmers. This partnership fell apart when SFM was sold to Challenge and the Meat Board took over Towers, although the rise of the supermarkets and decline of high street butchers had by then lessened its importance.

He joined Waitaki as Sales Manager and went to the UK where he spent the most exciting time of his career negotiating with the supermarkets which no longer wanted frozen carcases, but specific cuts to specification. At the time New Zealand meat companies were busy setting up cutting rooms which were ideally designed to benefit from the UK’s membership of the Common Market and the quota providing access to both UK and EU. According to Ritchie UK farmers are still stuck in the carcase and live export trade which, in the event of a hard Brexit, means they won’t have adequate cutting facilities.

During Ritchie’s time at the MIA he has witnessed and, according to Greenlea’s Tony Egan, quietly encouraged a change from competition to collaboration between the meat companies, achieving a shift of emphasis from brinkmanship to consensus. Instead of trying to shaft their competitors, processors now focus on industry best practice, industry protocols and investment in their business. The MIA has taken a leading role in the development of good working relationships with government departments, particularly MPI and MFAT, trade organisations and representative bodies, and overseas government trade and customs departments.

Ritchie says the MIA has worked really well in the past decade, with members changing from a mindset of finding a buyer to today’s practice of product allocation and rationing to ensure optimum pricing while preserving established relationships. The MIA is a lightly resourced organisation with the depth and skills which enable it to spot key opportunities and encourage the companies to approach them on a common basis.

Major initiatives include the HR Leaders’ Group, meat industry health and safety committee, and the Strategic Directions Group, jointly chaired by MIA and MPI, which looks at issues such as innovation, cost recovery, meat inspection and market access. The industry has seen the enormous value to trade of New Zealand’s reputation for product verification and certification. The industry sat down with MPI to design what the desired regulatory system would look like in 10 years’ time. This process introduced real accountability for delivering agreed outcomes instead of devolving responsibility to a committee.

There are excellent examples in overseas markets of the success of taking a strategic approach to business improvement and regulation. 10 years ago Halal access problems and constant changes to audit requirements encouraged the MIA to suggest to government it was an area where New Zealand could use its knowledge to establish a regulatory framework for Halal certification. As a result MPI can now approach all markets which import Halal product and obtain authorisation for the New Zealand regulatory model. In 2016 China, now our most important market, accepted the New Zealand inspection process for imports which has encouraged other markets to follow suit.

Although there has been little growth in demand from exclusively Halal access markets, Indonesia, Malaysia, and the Middle East, there are more than 40 other markets like China which take Halal product and are prepared to pay more for it. Virtually all meat is now slaughtered, separated and stored under Halal procedures as standard, but only product requiring Halal certification is identified as such to avoid incurring the extra costs. New Zealand certification is now accepted by these markets, thereby avoiding access difficulties.

After the intended merger between MIA and Meat & Wool fell apart, both organisations have successfully concentrated on their respective sides of the farm gate. MIA and its members have taken responsibility for market access, logistics, operational requirements, customer relationships and individual company brands, while B+LNZ has focused on keeping its levy payers informed and educated, at the same time recognising it has an important role in building general awareness of the health and taste benefits of naturally raised red meat.

Much of the credit for the improvement in red meat sector relationships, performance and planning should go to Ritchie who, in the words of Greenlea’s Egan, ‘doesn’t take sides, but works well to achieve the best outcomes. His agenda has always been the good of the industry.’

Around about 45 years involvement in the industry then. But some 45 years. SMPs, Meat Board sheepmeat ownership, the old guard meat processors falling like dominoes, the national flock from 75 to less than 30 mill.
Demonstrates outstanding political and survival skills. Say no more.

Article Bloomberg.com, bedtime reading,US Reels toward meat shortages and the world may be next.,probably bit exaggerated ,but interesting reading never the less.