There seems to be reasons to be optimistic about where agriculture is heading, says Guy Trafford. Except for a tone-deaf MPI. The next focus will be the election campaigns

There seems to be reasons to be optimistic about where agriculture is heading, says Guy Trafford. Except for a tone-deaf MPI. The next focus will be the election campaigns 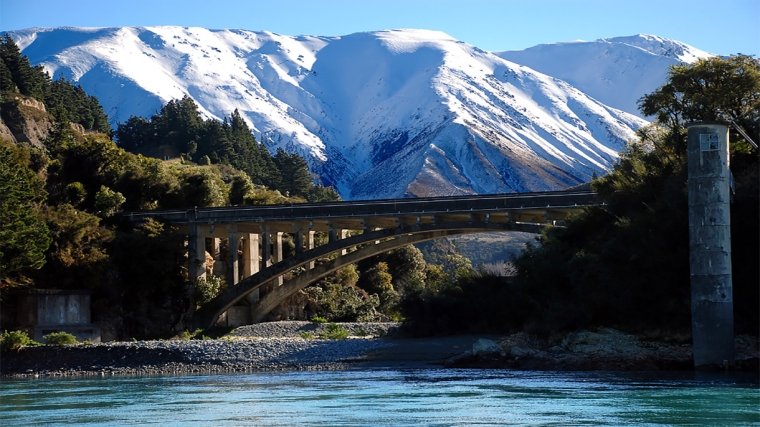 This week has certainly brought a bit more cheer into the world of agriculture. For large parts of the country rain has finally fallen (here included) - although the accompanying snow has lowered temperatures rather dramatically.

Meat schedules have also been largely static with even a couple of small lifts.

Maybe more importantly the second day in a row of no new infections found is welcomed. For farmers it should mean that the saleyards should at least start to open next week for livestock selling.

I was disappointed listening to the Minister of Primary Industries rolling out platitudes and saying that farmers were able to get advice and help doing feed budgets etc. - patronising comments which made it sound as if these were revelations to farmers were not helpful.

Farmers in drought situations and even those that aren’t but are stuck with livestock they had planned on selling weeks/months ago are well aware of what their problems are and what the priorities need to be. If saleyards at least are not released from their lockdown next week I suspect there will be hounds baying at the Government's door. However, enough bitching for now and credit must go to where it is due. In general the Government has done well in guiding the country to the point where we must be one few countries that had the virus and has actually got down to zero cases (to soon to say it has gone). We look forward to Alert Level 2 being rolled out next week (what ever that means).

Attention is now turned to what the next six months holds, firstly the plans for recovery and closely followed by the build up to the elections, the New Zealand ones, although the US elections are likely to be an interesting distraction.

For us the build-up started last week with Winston Peters making his statements as leader of NZ First before Deputy Prime Minister. Pushing his brand of New Zealand for New Zealanders approach nothing was particularly new. He did recognise that there would be massive retraining of people who will be losing jobs in one sector to have the skills to work in another. In my view this is likely to be for the majority agriculture in its various forms. He did go on to imply that New Zealand’s future wealth lay in its primary sectors as tourism and hospitality largely survive on discretionary wealth and spending and this will be in short supply.

Simon Bridges opened National’s campaign also this week after a bit of a phoney war during the lock-down period, rolling out a $10 bln program aimed at helping to stimulate businesses.

Bridges has suggested that businesses that can prove a 50% drop in revenues across two successive months because of the Covid-19 lockdown should get grants of up to $100,000 in the form of a refund of the GST they paid in the second-half of last year.

And, if businesses paid more than $100,000 in GST over the period, they should also be entitled to a five-year loan of up to $250,000 from the Government on which they would only pay interest at the rate of 0.7% per year.

I do wonder where those businesses which for any number of reasons haven’t paid a lot of GST fit into this program. It could be seen as a case of where the rich get richer. Both the Government and National are discussing low interest lows for businesses however, regardless of the interest rate they are still required to be paid back and right now I suspect most SMEs will be looking to lower their exposure to debt  and consolidate what equity they have. I believe there will be considerable downsizing, reducing wage bills and costs while trying to ascertain what the future holds.

The discussions the PM has had with the Australian Government are certainly in the right direction although not a panacea. Australia accounted for over half of New Zealand’s tourist visitors with over 1.5 million visits per year (2019). Conversely over 1.4million Kiwis visit Australia each year competing with the Chinese as the largest number of visitors.

The closeness of the trans-Tasman is perhaps surprising given Australian is around five times the population (and New Zealand is such an attractive country). This probably shows the potential for Australian numbers to ratchet up given they are unlikely to have many other options for sometime. This is also assuming that enough Australians do have enough discretionary cash to spend on tourism. Also, while it is always ‘interesting’ to see how the NZ$ is faring against the AU$. It is in our interests to try and lure more across here by having our NZ$ lower than theirs to provide more attraction to come across. Of course, the opposite is true also as a high NZ$ makes it more attractive for Kiwis to go across to Australia and spend there rather than in New Zealand.

One problem the re-opening Tasman plan does have is that there are still numbers of new infections in the low 20’s being found in Australia. These need to be at zero before travel begins again.

There was news that the Canterbury A &P Show has been cancelled, even though it is in November. The implication was that it was due to Covid-19 and so a causal viewer would have believed it was the risk of contagion. The reality is, and the same has been felt by a number of shows throughout the Canterbury region and so likely throughout the country, it is actually a lack of sponsorship reaffirming my earlier comments SME’s are shutting up shop.

A&P shows have been the window for many urbanites into the workings of the rural sector and we can only hope that these shut-downs are not a permanent feature and 2021 sees them reinvigorated. The risk is once firms withdraw sponsorship it may be difficult to reengage them again.

A footnote to the criticism of the Minister of Primary Industries is that they have announced a special fund to assist farmers, I believe just in Hawkes Bay but perhaps wider. Five thousand dollars will be made available per applying farmers for technical support. Useful, but I stand by earlier comments that it is the freeing up of the ability to sell stock that is really what is required.

Bridges Gst plan makes little sense to me , it s just pick something different from the government time.
Terminal Tax 2019 tomorrow, ouch at this time , +5% provisional tax is what needs to be looked at .
But I think both sides need to take the time now to look at providing specific relief , rather than one size fits all .

It's easy to be optimistic when you know someone else always picks up the tab.

@malarkey , thats the problem with this hare-brained idea , there is no one to pick up the tab .

Our Government is going to be in debt up to its eyeballs , and cannot afford to waive GST

How on earth will this work ?

I suspect this is another big hole being dug

Firstly , In a slumped economy the GST take is always way down .

Secondly will they continue to allow all the GST inputs , because your inputs are someone else's outputs .

The proposal is hugely problematic for any Government in debt , because GST is an extremely important part of the tax take .

Sorry , but Bridges is wrong to even suggest this

$5000 for Hawkes Bay farmers for technical support. Is that bureaucratic speak for advisory services? If so, I would have thought the time for that is long gone.

We experienced similar b..s from MAF in the 1998-99 drought in Otago. $60,000 for dick heads in shiny utes to drive around and tell us it was dry. We already knew that. My comment then, and it probably would still be useful now, was to put the money across a bar somewhere and have a decent drought blowout.

Yes the gst thingee is loopy. In another thread I backed it but in my defence I was pretty out of it. Had an accident and my drug usage is considerable at the mo. Goodness what is he thinking? Looking at it from my perspective, the six months from say june to dec looked pretty awful gst wise as I was buying replacements as I sold. Yet Feb March was a big couple of months for gst. I was selling flat out and definately not buying. Most businesses gst would be all over the place. Christmas would be huge for some.
Basing a businesses profitability on how much gst is paid for part of any given year is ludicrous.
Looking at the contracting business I am involved with we would do really well. Our biggest expense is wages, which we dont pay gst on. So going by how much gst we pay it looks like we are rolling in dough.
Oh dear Simon. Who is advising the bloke?
Once again I will not be held responsible for any opinions here at the moment. I doubt I could drive.

So you're on drugs, what the hell is he on. But as I noted in a previous comment even the the CEO of zero was calling for something similar, I guess he's getting paid enough to get hold of the reeeeally good stuff.

Gee thanks CO. They have given me better pain drugs so thats a positive ;-)