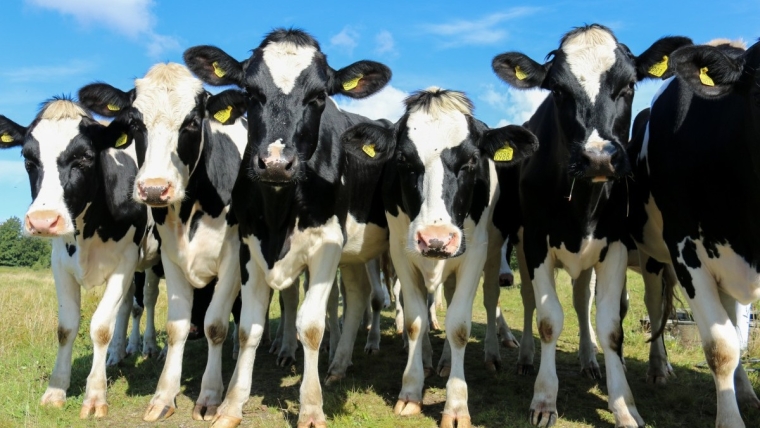 (StockCo Capital was formed early this year and is wholly owed by Marcus Kight - who is the managing director of the long-established StockCo Limited).

“Through our leasing service, farmers will sell their cows to StockCo Capital and agree to lease them back, unlocking the capital tied-up in their herd. This capital can then be used to invest in infrastructure, purchase land, fund other expansion activities or restructure their finances,” explains Purvis.

“It is no secret financial institutions are becoming increasingly cautious around farm lending. It is estimated 30% of dairy farmers are classified as being highly indebted and, despite firm milk prices, the Reserve Bank is encouraging banks act prudently with farm lending and work closely with their existing dairy farming customers to ensure they are well positioned in the event of a future downturn in the sector.

“This, combined with the economic impact of COVID-19, a surge in demand for financial capital, and a limited ability for tier-two institutions to fill the gap, are all impacting liquidity within the sector and making it increasingly difficult for farmers to raise the funds they need to maintain and grow their business.

“This is constraining growth within the broader dairy sector. We believe herd leasing can help individual farmers address this situation by allowing them to unlock the large amount of capital they have in their herd.”

During the lease period, farmers will continue to maintain control of the leased herd and will generate income from milk production and the sale of offspring. They will also be able to deduct the lease payments as a taxable expense. By following the best-practice culling and herd replacement procedures built into the lease agreement, farmers will fully own the herd that is on their farm at the end of the lease period.

Purvis estimates that the average dairy herd of 400 cows will release $625,000 of capital through herd leasing.

“This allows farmers to raise significant capital quickly without the need to sell shares, dispose of livestock, sell other property or increase indebtedness,” says Purvis.

The leasing service includes several features specifically designed to support farmers, including lease payments being made during peak production (December to May), when cashflows are at their strongest. The IRD have also confirmed the lease payments are tax deductible.

Purvis notes New Zealand banks are welcoming of herd leasing as an alternative option to traditional bank lending and it is likely leasing will improve a bank’s view of a customer’s credit quality, positioning them well for future financing.

The service is initially open to Fonterra farmers.

The initial $1 billion of capital for the dairy industry is the result of a collaboration between StockCo and Greensill. StockCo has been providing livestock financing solutions in New Zealand and Australia for 25 years. Greensill is a global provider of working capital finance.

You should at all costs own your stock. Leasing should only ever be a short term option. I can tell multiple stories about what can go wrong if you don't own your stock.

Why would banks not fund livestock if there is money in it, or is it all about the TAX, in which case IRD should change the law.?

the trick is in the structure, when they fund your livestock is it a loan or a lease?

Why only Fonterra farmers?

Possibly because F's Big Data can give the best steer (sorry...) as to the capability of individual suppliers, at least until other companies build up decadal history about their own suppliers?

It's the applicants to Stockco, that should be giving the data, waymad, surely? I don't know the answer, but I wonder if it has anything to do with Fonterra having shares and others not. Though if you have a bank mortgage they usually also take security over shares.

Do you already know the answer to that?

Why only Fonterra farmers?
Because by having remained a Fonterra supplier a farmer has already shown a lack of financial comprehension?

With bank interest rates below 4% why take the risk. I looked into a similar product and while they were busy selling me on the tax benefits they were busy ratcheting up the overall funding cost. We could have used the money but walked away.

Wrighties have done this before. How'd it go for them? Or was its profitability lost in the general company accounts.
At one stage many years ago Colin Amer had most of his rather large herd leased?